MEP Willmott: Commission is dragging its feet on alcohol policy 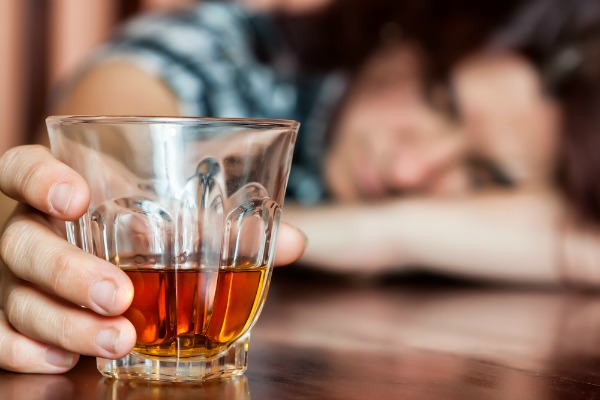 Europeans consume the highest quantities of alcohol, globally, according to the World Health Organisation. [Shutterstock]

?The European Commission has not given a satisfactory reason for why the review of the Alcohol Strategy wasn’t published last year, as promised, says MEP Glenis Willmott. She would like the next version to look into minimum pricing, include more research and health recommendations.

Glenis Willmott is a British MEP representing the Socialists and Democrats (S&D) and is a member of the Environment, Public Health and Food Safety (ENVI) Committee. She has among other things been rapporteur on the EU’s clinical trials directive. Willmott spoke to EURACTIV’s Henriette Jacobsen.

The Commission was supposed to publish an update of the EU’s Alcohol Strategy last year, but that never happened. Do you have the latest news on what is happening with the Strategy?

I asked the question in our Committee. I asked the Commission the question last week and I didn’t get a satisfactory answer. They seem to be dragging their feet. I don’t understand why, because it’s a really important strategy. This is about public health and prevention.

What was the answer you received from the Commission?

They didn’t really answer. They said they were waiting for this and that, but quite frankly, it was not acceptable.

What would you personally like to see in the update of the Strategy?

And what do you thing of minimum unit pricing on alcohol?

It could be a useful tool. We have to look at it carefully. There is a whole range of problems. We have to make sure that the extra money doesn’t go to the supermarket, and just making profit. But it’s something worth looking at, and I think it’s something we should be discussing.

Would it be something you would like to see the next commissioner for Health call for, even though the EU does not have the competences to enforce it?

I think we need to look at it seriously and look at the impact it has. if it has a positive impact then people should learn from each other, learning from best practice.

Would you prefer minimum unit pricing over food and beverage taxes?

The industry is complaining that food and drinks taxes, or minimum pricing, would be obstructing the EU’s single market. What do you say to this?

Well, if we were able to have minimum pricing across the EU, it wouldn’t do that, would it? So we should have a look at it and see if it’s effective. Then let us see if we can progress from there.

You also want the update of the EU’s food labelling rules to include alcohol. Why was alcohol not included the last time you had the debate in the Parliament in 2011?

There was very heavy lobbying from the industry. That was the huge problem. But also some MEPs had concerns about their own domestic industry, so they were trying to protect that, as well.

What would you like to see added to the rules of EU’s food labelling when it comes to alcohol?

People have the right to know what’s in anything they eat or drink. Regarding alcohol, people don’t realise that a glass of wine has about the same calories as a bar of chocolate. If people want to make informed choices, and if we are serious about dealing with diabetes, obesity and heart disease, people can’t make the choices if they don’t have the information. This is a really crucial issue.

Do you think think you will succeed in getting this to become part of the new rules?

I hope so. I have been campaigning for clear labelling for consumers so that they can understand what it is they are eating and drinking. We will be campaigning for it, and I’m hoping to work with the new commissioner to make sure we get better legislation.

Are you worried that the new Parliament with a lot of eurosceptic, anti-EU MEPs will vote against more consumer rights, also in your Committee?