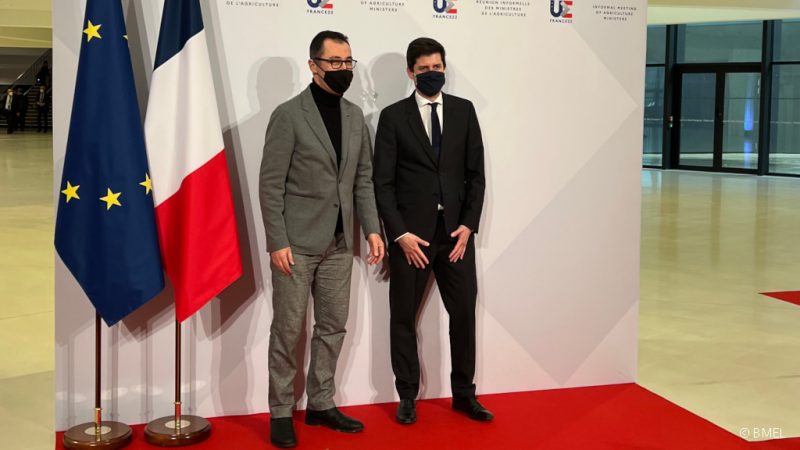 On Germany's strategic plan to implement the reform of the EU's Common Agriculture Policy (CAP), the minister promised to submit the plan to the Commission "in a timely manner", but rejected criticism of the late submission. [BMEL]

There is still no agreement in sight within the coalition on several key agricultural issues like gene-editing and the animal welfare levy, German Agriculture Minister Cem Özdemir revealed in an interview with EURACTIV Germany.

“We are in the process of holding discussions with coalition partners,” said the Green politician on the sidelines of the informal meeting of agriculture ministers in Strasbourg on Monday and Tuesday (7-8 February) on the financing of more animal welfare.

The Social Democrats (SPD), the Greens and the liberal FDP agreed in the coalition agreement to support the transformation of animal husbandry in the direction of better animal welfare, which is also a key aim of the European Commission.

However, the paper did not specify how this would be financed, thus leaving the question open of where the money for the support measures would come from.

According to Özdemir, the discussion among coalition partners has not yet been concluded.

The Green minister is likely to have the most significant disagreement with the FDP, which has ruled out tax increases. Finance Minister Christian Lindner of the FDP also has a veto right over budget issues. If the party sticks to this line, an animal welfare tax on animal products, for example, would be off the table.

Özdemir said he was looking forward to the debate but at the same time urged that it be conducted constructively.

“We can talk about models, but if everyone always says what’s not possible, I don’t think we’ll get anywhere,” he said.

Regardless of the concrete financing model, it is indispensable to support producers financially for more animal welfare, Özdemir added, stressing that they “cannot finance this from profits alone”.

Meanwhile, the mandatory animal welfare labelling, which his ministry wants to introduce by year’s end, initially for dairy and pig products, must be pushed forward as a priority, said Özdemir.

“In the end, we need a result that achieves both goals, namely strengthening consumers through a clear, binding label, but at the same time helping producers,” he added.

As the EU gears up to review the its rules on gene-editing, the “traffic light” coalition has not yet confirmed its position on the controversial technology, despite the fact that this could hold sway on the direction that the EU decides to take.

According to Özdemir, this issue has yet to be agreed upon within the coalition. “We haven’t reached that point yet,” he said.

In the coalition agreement, the three governing parties had agreed to support the breeding of climate-friendly plant varieties without expressing an opinion on genome editing.

Özdemir also stuck to this line, welcoming the existing partnership between Germany and France and other EU countries to develop resilient plant varieties.

During the meeting in Strasbourg, for example, the EU’s agriculture ministers visited a research institution in Alsace that is working with German scientists to develop new wine varieties that are less susceptible to disease and thus require fewer pesticides.

The reduction of plant protection products is also one of Germany and France’s priorities in agricultural policy, said Özdemir, who emphasised the bilateral cooperation with French Agriculture Minister Julien Denormandie.

France, currently at the helm of the EU Council presidency, presented a “very ambitious programme” in pesticide regulation in Strasbourg. 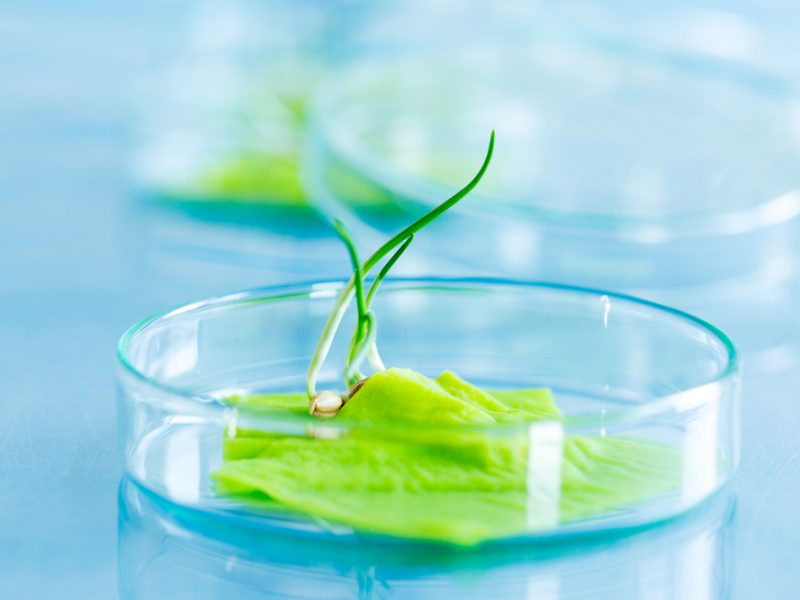 On climate and the issue of species and animal protection, the German minister also said he saw a lot of common ground.

The French minister made the promotion of so-called “carbon farming” – agricultural practices for sequestering carbon from the atmosphere – a priority for his country’s EU presidency and the informal ministerial meeting.

The German minister said that the approach could make an essential contribution to agriculture and forestry in terms of climate protection. He added that it would be beneficial if the measures aim to increase the humus content in soils, protect or re-wet peatlands, establish agroforestry systems, or store carbon in forests. 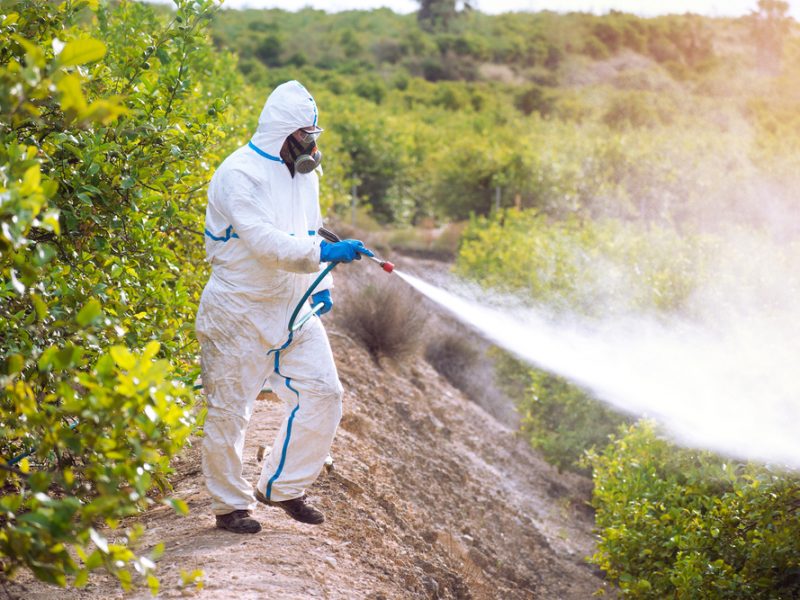 At the same time, however, the minister also warned that the certification and remuneration of carbon sinks must not lead to “greenwashing”. It is crucial to ensure that the measures actually bind CO2 permanently and irreversibly, Özdemir explained.

On Germany’s strategic plan to implement the reform of the EU’s Common Agriculture Policy (CAP), the minister promised to submit the plan to the Commission “promptly” but rejected criticism of the late submission.

This comes after Norbert Lins, German MEP and Chair of the EU Parliament’s Committee on Agriculture (AGRI), criticised Germany in an interview with EURACTIV for not submitting the plan within the 1 January deadline.

“We are on track, but there I have inherited something,” said Özdemir, who took over now-former agriculture minister Julia Klöckner in December 2021, after crucial contents of the plan had been completed.

He also pointed out that a main reason for the delay was the ongoing elaboration of details by federal states, responsible for distributing a large part of the funding for rural development.

However, the plan will come in time, said Özdemir. “I promised the Commissioner a timely completion – and a promise is a promise,” he added. 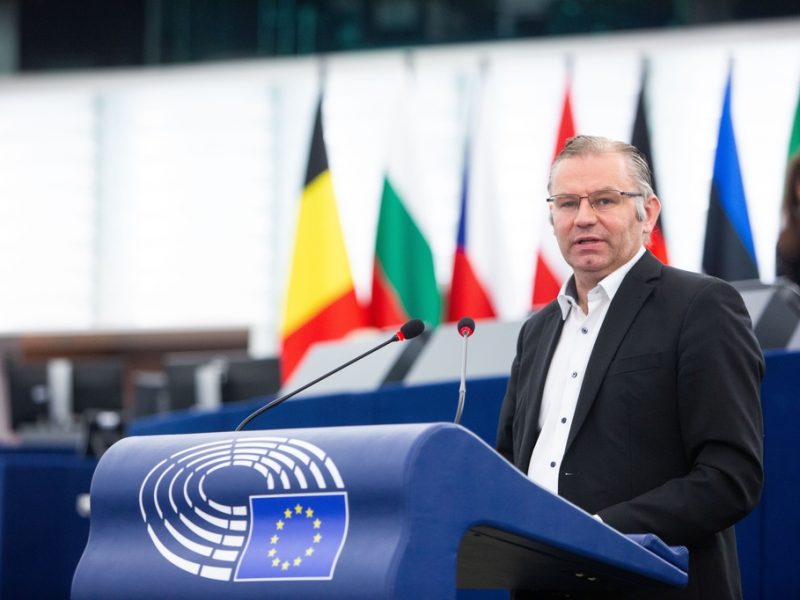 Agri chief in EU Parliament: We must 'move forward' on new breeding techniques

Plans to reduce pesticides can only succeed if farmers have access to alternatives – including so-called new genetic engineering, Norbert Lins, chairman of the EU Parliament’s Agriculture Committee, told EURACTIV Germany in an interview.