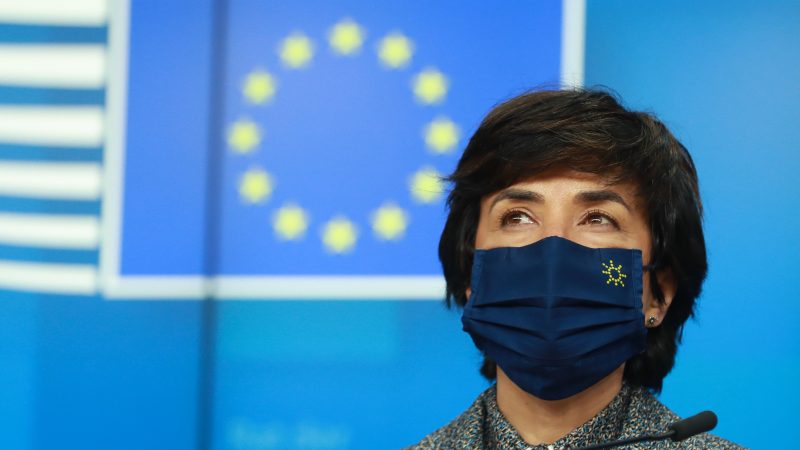 Responsible for about 10% of Portugal's greenhouse gas emissions, agriculture has an "important contribution" to achieve the environmental targets outlined at European and national level. [EU]

As the end of its presidency approaches, Portugal will call another decisive two-day ‘super trilogue’ to wrap up for good talks on the EU’s Common Agricultural Policy (CAP) reform. The agriculture minister Maria do Céu Antunes takes a stock of the negotiations in an exclusive interview with EURACTIV.

EURACTIV’s agrifood editor, Gerardo Fortuna, sat down with Maria do Céu Antunes in Brussels, where she is spending the whole week preparing the remaining CAP talks between the Portuguese presidency representing the EU27, the European Parliament, and Commission.

We are on the eve of two crucial negotiation meetings on Friday (30 April) and on Monday (3 May). What are your feelings about the state of play of CAP talks?

I have to say that it was not always easy to come to an understanding with the European Parliament on a number of issues. But we have the mandate that we received from the Council itself as a guiding principle: our goal has always been to find a good compromise between the three institutions.

What is your personal take on the ‘super trilogue’ you called in March?

We did it to move forward the talks in a speedier way. The Portuguese presidency submitted four compromise proposals, namely on the new CAP delivery model (NDM), on direct payments, on checks and controls, and on the wine package.

Just to name one achievement, we agreed upon a NDM that will enable a stronger focus on farmers performance rather than on their results, which was one of the main change sought by the CAP reform.

At the end of the day, during March super trilogue we reached agreements in principle that now allow us to have technical discussions on the issue of CAP green architecture. 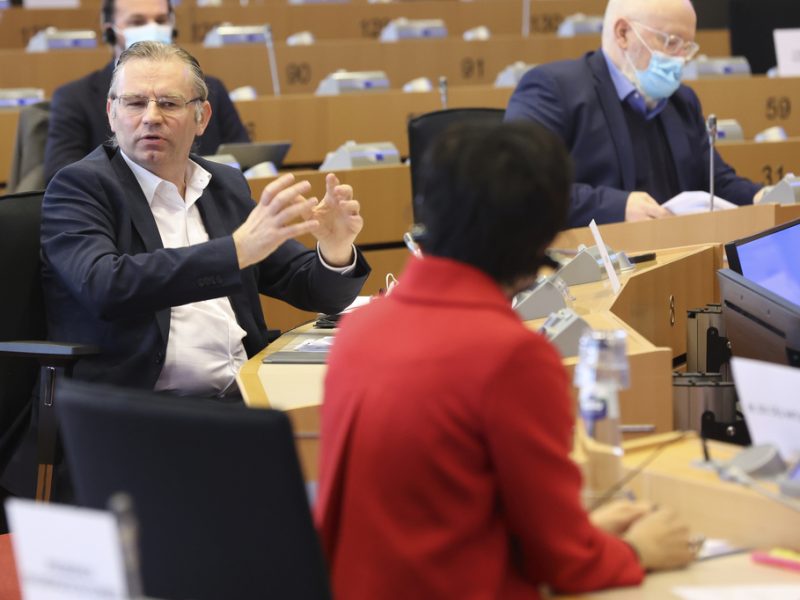 An ambitious meeting called by the Portuguese EU presidency on Friday (26 March) to seek a breakthrough in talks on the EU’s Common Agricultural Policy (CAP) talks did not settle all the issues on the table although negotiators considered it a step in the right direction.

Indeed, you are about to propose a new compromise on eco-scheme to break the deadlock on the CAP green architecture. What is this about?

As you know, the Council had passed a negotiating mandate with a minimum percentage for eco-scheme of 20%, whilst the European Parliament would like to set this minimum at 30%. Since we want to reach a balanced position with MEPs, we have created a step by step approach whereby we will reach 25% by 2025. For this, we will ask for a learning period and we want to associate a great deal of flexibility to these mechanisms.

This means moving away from the original Council mandate. What was the reaction from member states to that?

Looking at our proposal on Monday (26 April), member states were not adamantly against it at all. They agree with our ambition, which is to close the negotiations during the Portuguese presidency. And member states do understand the need to finish the reform as quickly as possible.

Of course, we are somewhat far from what was the initial position of the Council and, obviously, we’ve moved closer to the Parliament’s position. But I’m sure that the European Parliament is also keen to meet us halfway, so to speak. 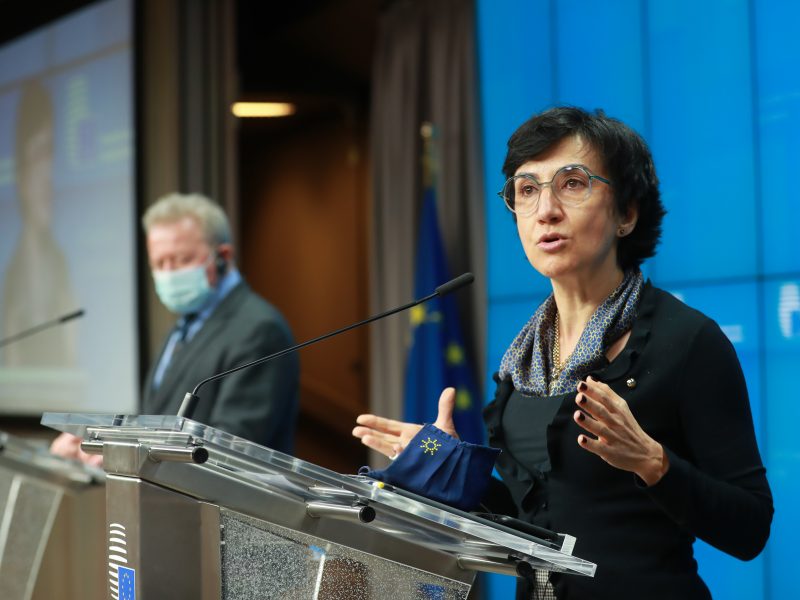 Are you confident that Parliament will accept this proposal?

Well, that’s why we are holding a trilogue, after all. Things have moved quite well at technical level and I’m very hopeful that we can reach a consensus.

The European Parliament is very ambitious in this matter, but we have to make sure that the transition is good from an environmental point of view but also from an economic point of view.

Negotiation is, per se, a give and take exercise. You do not get everything you want. But everyone comes to the table prepared to give a little and take a little. That is what we are going to try and do, we are performing this sort of balancing act. We believe that in this negotiation, it is crucial to go step by step.

But what do you think of the social conditionality concept?

We are very aware that this was not included in the original Commission’s proposal and that the idea of social conditionality was actually submitted by the European Parliament. MEPs will present their position and we will listen to what they have to say on Monday (3 May).

Then, we will come back with a counter-proposal to find this balancing act during the trilogue. For the Portuguese presidency, all of these dimensions are very important: it is crucial for us to have a Europe which is fairer, inclusive, and that leaves no one behind in the social sphere too. And we want this to be present as well in the CAP. 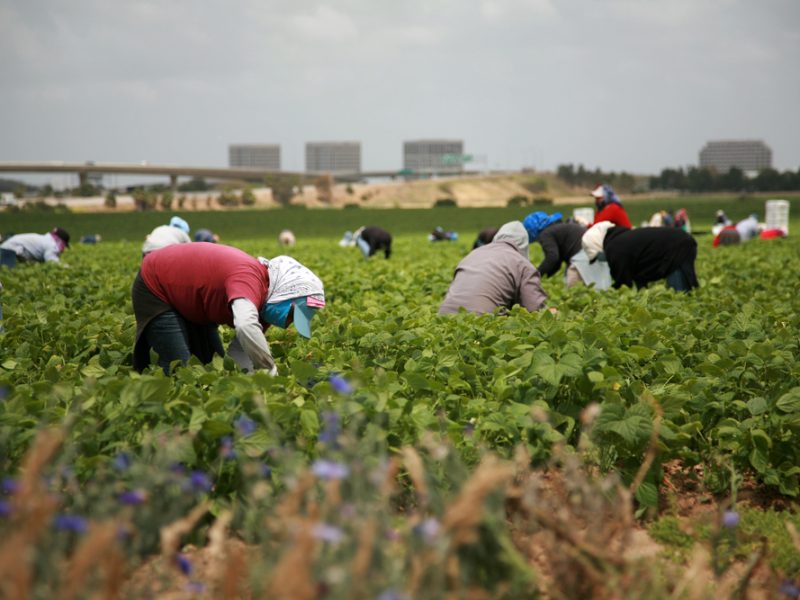 What’s on the menu for tomorrow’s trilogue?

We will discuss the strategic plans, it will take the whole day. The first issue on the agenda is direct payments. As you know, the Parliament wants to make the redistribution of farming support compulsory and we want to find a balanced position with MEPs.

Then, will have on the agenda the definition of an ‘active farmer’, where we want to have a simple and flexible system for the member states to decide individually on how they want to apply the new rules.

Later, we will talk about the definition of new farmers and we will discuss a joint proposal with a redistribution instrument.

There will be time to touch on the issues of regressive payments capping and the minimum convergence levels, originally set at 75% but we are ready to increase at 85% after talks with EU ministers.

Are you thinking of a new super trilogue to close the CAP talks for good?

Indeed, a two-day super trilogue will take place on 25-26 May and we hope that we can come to good results there. We rescheduled the Agrifish Council from 30 May to 26-27 May to coincide with the super trilogue as we hope to come to a conclusion of the CAP reform.

We will conduct all the technical and political meetings necessary to strike a deal. The clock is ticking and talks have been taking since January. We are talking about a 7-year cycle of investment and we want to make this available as soon as possible.

Talks on one of the three CAP file – the Common Market Organisation (CMO) – seem stuck though.

We have still some technical issues to be cleared out. But we are continuing the negotiations on this in order to come to a good conclusion. And I hope that soon we will have some clearance to move to the next steps on this matter.

Still, there are rumours that the CAP reform could be approved without its CMO part? Do you think it is possible?