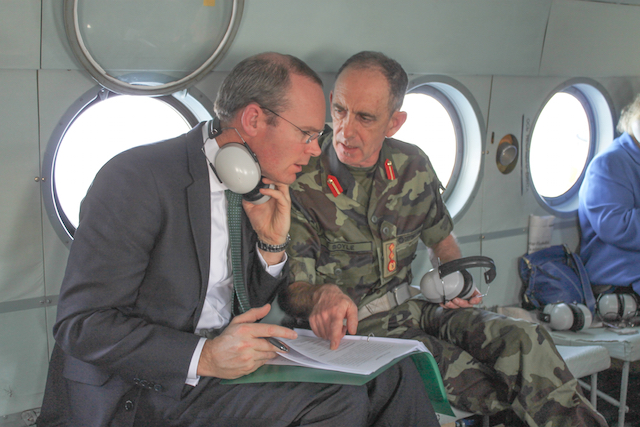 Simon Coveney, Ireland’s Minister for Agriculture, Food and the Marine, was a lead negotiator of the 2014-2020 Common Agricultural Policy during his country’s EU presidency in the first half of 2013.

Today, he supports efforts to make the CAP less of a burden on food producers and those who administer the programme.

Simon Coveney, 43, has been Ireland’s minister of Agriculture, Food and the Marine since 9 March 2011. He previously served in the European Parliament (European People’s Party) and was first elected to the Irish Dáil (Fine Gael) in 1998. He responded to EURACTIV’s questions by e-mail.

Two years ago, you told EURACTIV: “We have found a balance that everyone can agree with.” Yet the Commission has been under pressure for months to revamp provisions such as those involving “greening”. What happened to unsettle that balance?”

I am still convinced that the agreement on CAP reform, reached during the Irish presidency, was a balanced one taking into account the varying priorities of the three EU institutions involved – the EU Parliament, the Commission and the Council.

Following the agreement reached by the Council of Ministers, the European Parliament and the European Commission under the Irish presidency in June 2013 on the reform of the Common Agricultural Policy, the Basic Payment Scheme replaced the Single Payment Scheme from 2015. In addition to the Basic Payment Scheme, member states are obliged under the agreement to introduce a ‘Payment for Agricultural Practices beneficial for the Climate and the Environment’ or “greening”, as it is more commonly known.

These requirements remain in place and have not changed since they were introduced following the 2013 agreement. The current discussions on greening relate to simplifying some of the detailed rules introduced by the EU Commission following the agreement. These technical rules pertaining to the implementation of the measures contained in Regulation 1307/2013 are provided for under the Delegated Acts and Implementing Regulations.

What changes would you make to the CAP?

Simplification of the CAP is currently underway and was identified by the Agriculture Commissioner as a top priority for 2015. The Commissioner [Phil Hogan] stated that simplifying CAP should concentrate on changes that can be carried out within the implementation process, without changing the policy decisions taken in the 2013 reform. I fully support the Commissioner’s objectives and I am working with my EU Ministerial colleagues with a view to making changes to ease the burden on both farmers and administrations.

There was much criticism of the European Parliament, which for the first time had a role in the CAP legislative process in 2012/13. As a former MEP yourself, how would you judge their role?

MEPs, as representatives of the EU citizens, have an important role to play in the EU legislative process. Finalising the reform of the Common Agriculture Policy was the top priority during Ireland’s hosting of the EU presidency. I had a very constructive relationship with Parliament during our presidency and their input served to add value to the process. We had set ourselves an ambitious target of securing political agreement between 27 member states and the European Parliament within a relatively short period of time, which was unique in itself, and could not have been achieved without input from all involved, including the European Parliament.

What is your advice for the negotiators who will handle the post-2020 CAP?

The key for handling any negotiations is to start early, consult widely and have clear and realistic goals.

For the immediate future, in my view EU farmers need a period of policy certainty. We should not engage in further reform simply for the sake of it.

If we revisit CAP policy for the post 2020 period, it should be with the aim of adapting our policy, where needed, to further enhance its capacity to encourage the sustainable intensification of food production – which is one of the great challenges of our time. We should also, of course, apply the lessons that are emerging from the implementation process of the current CAP – including in relation to simplification.

0 responses to “Simon Coveney: CAP simplification will ease the burden on farmers”