Every year, almost 45 million young male chickens are killed in Germany. Their eggs are unsuitable for the market. New procedures for gender recognition should ensure that they are not even bred. [David Tedevosian/ Shutterstock]

Dr Ludger Breloh, an agricultural economist, is the managing director of Seleggt GmbH, a member of the Rewe Group. Seleggt GmbH, in cooperation with the University of Leipzig, has developed the first operational method for early gender recognition in hen eggs.

With the Seleggt method, the sex of a young chicken can be determined in the egg. How does this work?

Our method is best described as an endocrine, meaning a hormone-based method. We already know that gender-specific hormones, such as oestrone sulphate, are already present in the non-incubated egg and are only formed in the female egg.

To do this, one has to wait about nine days until the hormone can be found in the egg in sufficient quantity. Then we extract a tiny drop of liquid from the egg, which we mix with a biochemical marker.

This then indicates, with a colour change, whether the oestrone sulphate is present. Female eggs are then returned to the incubator and hatched, while male eggs are processed into animal feed.

So far, however, gender determination has not been considered ready for serial production, and only a few supermarkets offer these eggs. Why is that?

In the last two years, we have made incredible progress in refining our technology. We can now analyse around 3,000 eggs per hour, per machine.

However, the process has only been used in our in-house hatchery so far. Our chickens lay so-called Respeggt eggs, which are already sold today in about 380 supermarkets in the greater Berlin area. The fact that these eggs only exist there, for now, is because the number of laying hens is still manageable.

Since February, however, we have been breeding on a larger scale, with about 20,000-30,000 young female chickens hatching every week. By the end of July, the first generation will be old enough to lay their own eggs. From then on, we will be seeing an increasing number of Respeggt eggs on the market. The Rewe Group has set itself the goal of selling these eggs in all its German branches by the end of the year.

Starting next year, we will then present and make our technology available to hatcheries. At first, this will be done in a cost-neutral way.

Respeggt eggs will, therefore, be gradually available on the market.

Cost-neutral would probably mean that you first have to make an advance payment. Why is that the case?

Our business model consists of supermarkets paying us a licence fee – but only when the first eggs are available in supermarkets. We have developed a Respeggt logo to show the customer that the eggs were produced without killing young chickens.

This is a clear added value as supermarkets can then make this marketable. Only then, will they pay us a licence fee because we made the hatching eggs available at the start of the supply chain.

The customer, therefore, would also help prevent young chickens from being slaughtered because the price of eggs will be slightly increased.

Are there any other methods for the early detection of sex being developed?

Yes, other methods are being researched in eight or nine facilities worldwide, including in Canada and Australia, but also in the universities of Munich and Dresden. I cannot say more about these procedures, as their development naturally takes place behind closed doors.

In any case, I would welcome it if other procedures were made available on the market. I am not only concerned about the competition, but also about the issue of killing young chickens.

To be honest, operating the entire sector with a single technology would be a serious challenge.

Is that because your reach is still too small?

Yes. We expect to raise about 1.5 million young chickens in our hatchery this year – that is just a drop in the ocean when you consider that a total of 45 million young male chickens are being gassed or shredded every year.

This means that we will need a great deal more time before reaching such high volumes. Only then will we be able to speak of a paradigm shift. Rome was not built in a day.

When the Seleggt technology was announced, it was labelled as a bridging technology until other solutions were found. Another one of these is the dual use of chickens. Could that be the future of chicken farming?

The fact that we even kill millions of young chickens at all is only because we have been breeding two types of highly optimised, extremely productive chickens for decades: laying hens and broiler chickens.

This is the only way we can produce very cheap eggs and poultry meat. The logical goal, of course, would be to breed hens that have a good laying performance, while their brothers have a high fattening performance. That sounds like a jack-of-all-trades type of device and that is exactly what it is.

As an agricultural scientist with a PhD in agriculture, I can tell you that there are complementary properties that rule out the possibility that a hen can both lay eggs productively, while also building sufficient muscle. Either one or the other.

Nevertheless, I hope that the breeding companies continue to work intensively on this issue so that we have an economically viable solution for dual-use chickens.

Gender determination methods are just a temporary solution and it would certainly be more sustainable and in all of our interests if we could put a stop to this killing of young chickens. 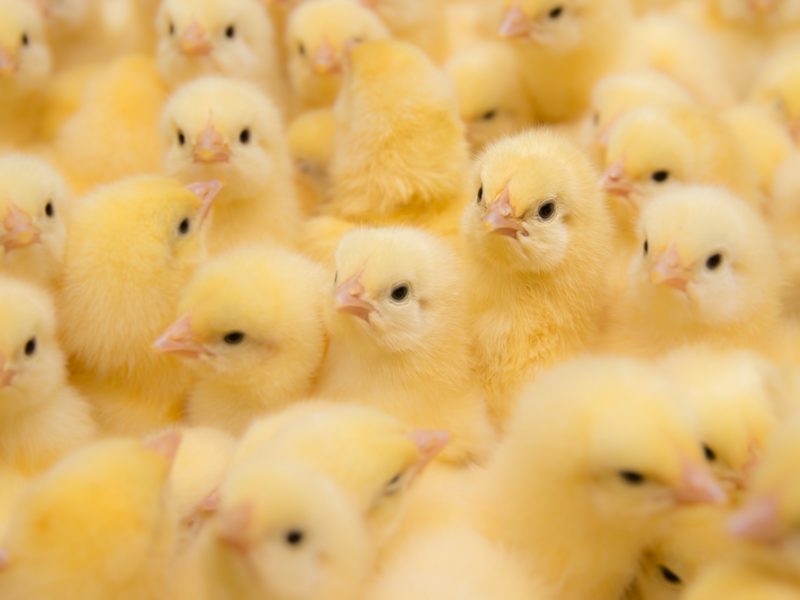