Tens of thousands of farmers protested in Berlin on Tuesday (26 November) against the government’s new agricultural policy. They complained about increasing environmental protection requirements and falling product prices, which are increasingly damaging their business. EURACTIV Germany reports.

Up to 40,000 farmers travelled from all over Germany to Berlin yesterday. With an estimated 8,600 tractors, they formed a 10-kilometre long convoy, according to the Berlin police.

The demonstrations were organised by the alliance “Land schafft Verbindung” (Land Creates Connections), in which farmers outside the established farmers’ associations have joined forces. The farmers demonstrated primarily against the agricultural package adopted by the federal cabinet at the beginning of September.

The measures, which include an action programme for the better protection of insects and additional restrictions on animal and plant protection products, are an unacceptable burden for German agriculture, according to protesters.

They were adopted in part as a reaction to the European Commission’s second infringement proceedings against Germany regarding the country’s unacceptably high levels of nitrate in groundwater. 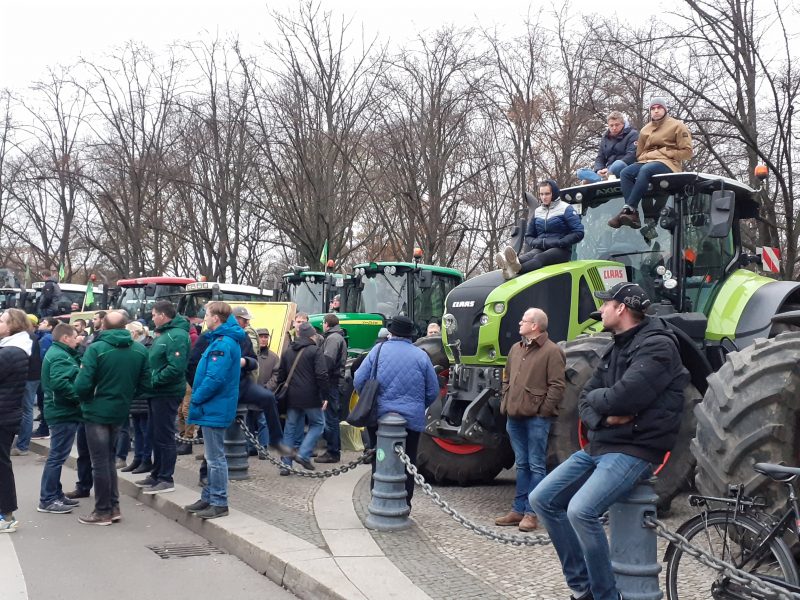 “The demonstration is, above all, a sign that enough is enough. We, farmers, see more and more requirements and less and less money,” said Benjamin Meise, who runs a conventional farm in the Oderland region of Brandenburg.

The problem is not the latest agricultural package, but the fact that many farmers have seen their economic base drastically deteriorate in recent years.

Apart from mass poultry farming, animal husbandry is no longer worthwhile, and the traditionally profitable crops of rape, sugar beet and wheat are no longer a reliable source of income either.

That is because the loss of quotas, drought and the severe restrictions on fertilisation options are significantly reducing the harvest. The price of milk is barely enough for farmers to survive, Meise said.

Besides, many farmers are concerned that the Mercosur trade agreement concluded with South America, which intends to remove tariff barriers on agricultural products, will lead to intense price competition.

In her speech to the protesters, Agriculture Minister Julia Klöckner (CDU) confirmed that she wanted to involve farmers more closely in the decision-making process. She announced a meeting with Chancellor Angela Merkel and 40 agricultural and environmental associations on 2 December.

On top of that, a national dialogue forum will soon be launched, during which farmers will be heard.

Klöckner also stated that agriculture must no longer be associated with the negative image of climate sinners. “My aim is to get you, as farmers, out of the justification corner. The bashing of farmers must stop,” she said, adding that farmers need more financial support. 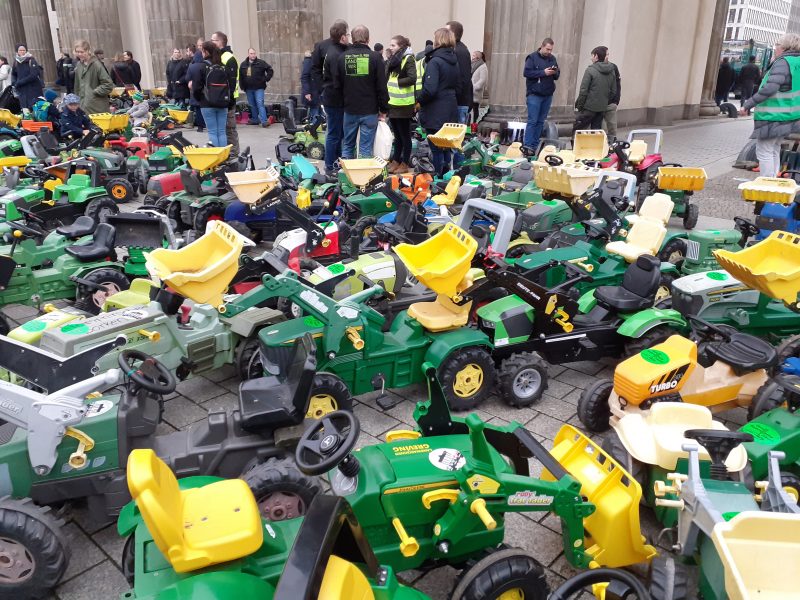 However, she rejected criticism of the tightened fertiliser rules. “Germany was sued in court and it lost. There is no room for manoeuvre with the EU Commission,” Klöckner told RedaktionsNetzwerk Deutschland, a network of several media organisations.

Environment Minister Svenja Schulze also addressed the protestors, but her appearance was accompanied by absolute silence from the crowd.

Farmer Meise was satisfied with Klöckner’s speech but said he understood the source of farmers’ anger. “Klöckner is not to blame for the situation. But that doesn’t interest anyone who has his back to the wall,” he said.

The working group for rural agriculture expressed its support for the protests.

“For decades, politicians, scientists and associations have announced that we are doing the right thing if we strive for international cost leadership with low prices and take rapid and major steps towards growth and intensity,” according to the working group.

According to him, it is now high time for the German government, together with farmers, consumer and environmentalists, to present agricultural strategies for livestock farming, as well as for the farming of arable land and grassland.

Criticism of the demonstration came from the Greens. Faction leader Anton Hofreiter said the environmental measures were unavoidable. “Doing even less for nature’s conservation and spreading even more fertilisers. That’s not the right answer,” he said.