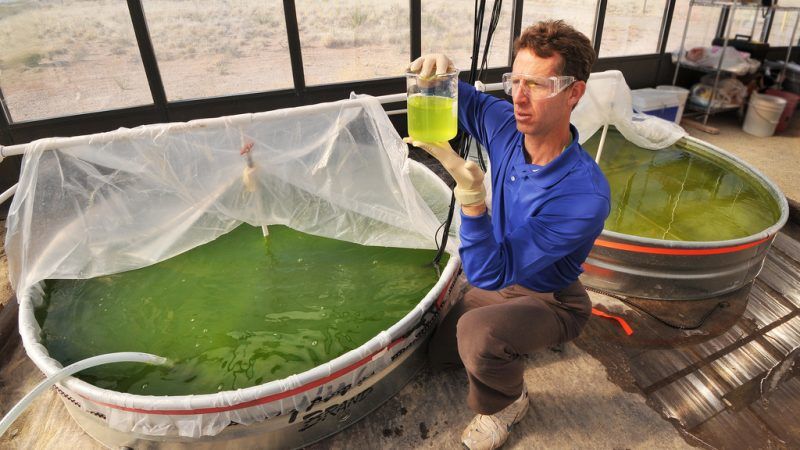 The EU Commission dodged a question on whether the executive has its own data regarding the advanced biofuels projects and their development in Europe. [Sandia Labs/Flickr]

Research conducted by Ethanol Europe Renewables Ltd, the operator of Europe’s largest biorefinery, found that less than 1% of announced advanced biofuel capacity was a success, “a volume so small as to be irrelevant”.

“And while the cycle is decades old, EU policymakers have yet to spot it,” the researchers said.

The European renewable ethanol association, ePURE, said the study does not represent the whole industry and that advanced biofuels need more time and a clear policy framework to develop.

Contacted by EURACTIV.com, the European Commission declined to comment on the findings of the study. The EU executive also dodged a question on whether the Commission has its own data about advanced biofuels projects and their development in Europe.

On 17 January, the European Parliament decided on a 12% target for renewables in transport by 2030, which also includes 3.6% for so-called second-generation or advanced biofuels, such as waste-based biofuels and recycled carbon fuels.

EU lawmakers also suggested to phase out palm oil by 2021. Crop-based biofuelsthey should remain at 2017 national consumption levels and not exceed 7% of all transport fuels until 2030, they said.

The privately owned Ethanol Europe Renewables Ltd presented a number of advanced biofuels projects, some of which received EU funding, which have not been commercially viable and led the enterprises to bankruptcy.

“Advanced biofuels are not yet viable, are not rising at all, and have accumulated losses of billions in failed projects,” the research says, adding that the “myth” of the advanced biofuel industry survives on a long-run campaign of “misinformation by promoters” of advanced biofuels technologies. 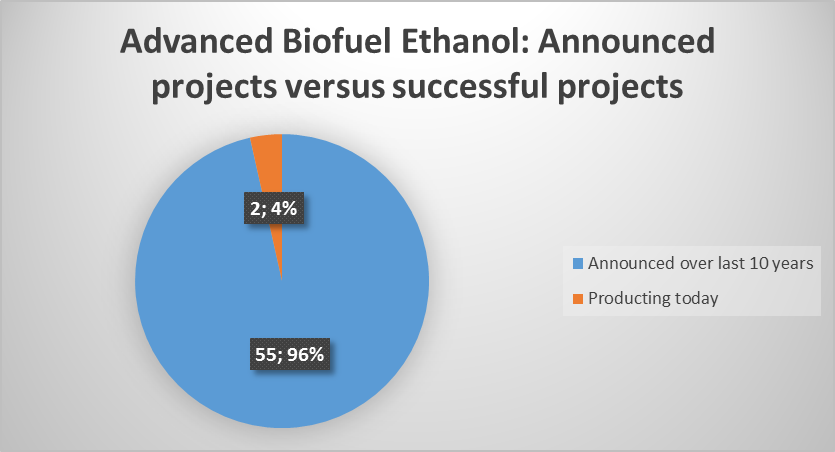 “Contrary to statements from promoters of advanced biofuels, in the European Union, advanced biofuels production capacity is not growing steadily and there are not several examples showcasing this development,” the report said.

It explained that the cycle had begun more than a hundred years ago, with advanced ethanol plants in Scandinavia, Germany and the United States.

“More than 100 plants were built, and then all shut down,” the researchers said, accusing EU policymakers of turning a blind eye to the situation, which only reinforces the domination of “Big oil”.

“Not only are they planning zero growth in conventional biofuels in the next decade under the new renewables legislation, they are proposing to cannibalise safe effective economical biofuels with the advanced ephemeral expensive ones. Climate progress in transport is in reverse.”

>> See the Ethanol Europe infographic with the projects here

“I don’t see why consumers should ever be forced to pay a lot extra for extracting energy from biomass that is virtually impossible to work with when conventional crops are perfectly sustainable, effective and economical. It doesn’t make sense,” Turley emphasised.

James Cogan, an analyst at Ethanol Europe, pointed out that EU legislators expect investors to build 50 to 100 factories for advanced biofuels by 2030.

“Up from a few smallish ones today, when the industry itself reckons half a dozen might be possible at a stretch. What is it that legislators find so hard to understand in this?”

“Advanced biofuels need to walk before they can run, yet for 2030 EU policymakers seem to be planning a marathon for an industry that cannot yet stand on its own two legs,” commented Eric Sievers, investment director at Ethanol Europe.

“Advanced biofuels will one day join conventional biofuels as a real climate policy option, but the 10 billion or so euros ponied up by Northern Hemisphere governments in the past two decades for ephemeral advanced biofuels has done little more than allow grant writers and bankruptcy lawyers spend less time with their kids.” 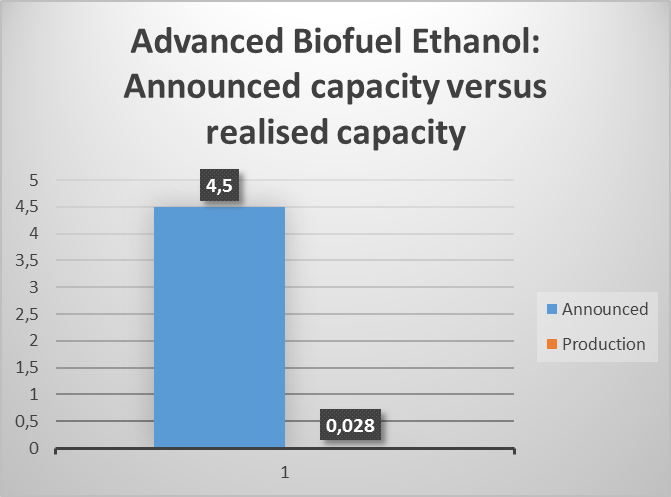 The study claims that less than 1% of announced advanced biofuel capacity was a success. [Ethanol Europe Renewables Ltd]

EURACTIV also contacted ePURE, the European renewable ethanol association, which cautioned that the study is coming from one company and does not represent the whole industry.

Emmanuel Desplechin, secretary-general of ePURE, stressed it was not surprising that development of advanced biofuels in Europe needs more support from lawmakers, considering “how the policy uncertainty they’ve created in recent years has given investors reason to think twice”.

“Any new technology takes time to develop. That’s why it is so important to have a renewable energy policy today that embraces all sustainable technologies – regardless of labels like ‘conventional’ or ‘advanced.’ The only incentive Europe has offered so far for advanced biofuels is double-counting, which has only helped already mature technologies like imported used cooking oil – and provided no real climate benefits,” Desplechin said.

He called for an analysis of the “real data” from the International Energy Agency instead of focusing on one “frustrated investor”. The IEA has said that biofuels consumption in the transport sector must triple by 2030 in order for the world to keep global warming well below 2°C, the target in the Paris Agreement.

“It stressed that two-thirds of that increase should come from advanced biofuels and notably from cellulosic ethanol, and also points out that ‘conventional’ or first-generation biofuels also have an important contribution to make while the massive scale-up of advanced technology is underway.”

“Europe needs a long-term stable policy and regulatory framework that provides certainty about the market for an extended period (10 to 15 years). Then we will surely see the advanced biofuel development the EU must have in order to meet its climate promises,” Desplechin concluded.