With the development of precision farming, access to data is becoming more and more important for the agricultural sector.

The aim is to improve the knowledge of farms through new technologies and to ultimately adapt production techniques. While some of this data is collected with tools in the field (drones, sensors) they are also produced on a larger scale by the many satellites gravitating the Earth, including those funded by the European Union as part of its space policy.

Brexit negotiations with the UK are forcing the European Commission to postpone funding for reusable rockets until after 2020, despite the importance of the technology for the future of European space policy.

“From space, we have a global vision of things,” said Hervé Pillaud, a farmer and member of the French Digital Council, at a conference at the headquarters of the French Chamber of Agriculture in Paris on 10 July.

“This will enable agriculture to play its role in the ecological transition”. According to Pillaud, the data collected from space could also contribute to improving risk management (climate risks for example) and the information on the evolution of global agricultural markets.

At the European level, three space programmes could support the agricultural sector. The most important would be the earth observation programme Corpernicus, which collects information that could be applied to understanding climate change, biomass evolution and water management. 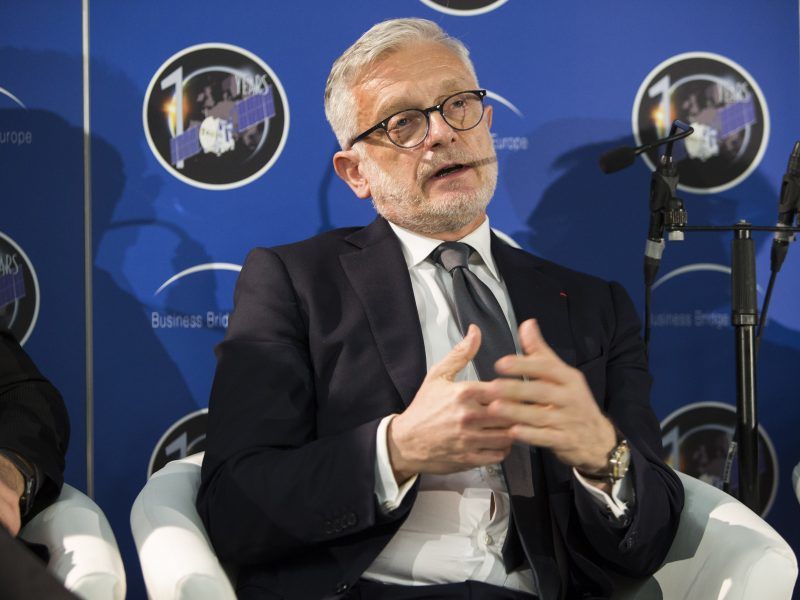 The EU will launch a new satellite this week as part of the ‘Copernicus’ initiative. The earth observation programme has proved to be useful in dealing with natural disasters and its importance will grow to manage EU funds including the Common Agricultural Policy after 2020, director Philippe Brunet said.

Then the satellite navigation programmes Galileo and EGNOS (which strengthens the signal of the US GPS system). Both are particularly useful for precision farming, these systems can be used to guide farming machinery.

“The savings are huge in terms of resources and labour,” said Matthias Petschke, head of unit at DG GROW, in charge of space policy, on the use of satellite navigation in the agricultural sector.

According to Petschke, EGNOS already has an important “user community”, but the number of farming machinery compatible with navigation technology is more limited.

“Europe will continue to invest in these programmes,” stated Petschke. The Commission has put forward a proposal to invest €16 billion at current prices (without taking inflation into account), for its space policy for the 2021-2027 period in its next multi-annual financial framework.

The EU has adopted an open approach to data collected by satellites because of their civilian and non-military nature.

Although this open policy gives access to a considerable amount of data, it raises the question of their understanding and their use made by farmers.

“We should avoid any delay in raising awareness among farmers,” said Christiane Lambert, president of the French Agriculture Council, stressing the role of the organisation for the development of farmers’ skills in the field.

In the private sector, some companies have already invested in this field and offer services providing access to satellite data, as well as advice based on that data.

“Our job is really focused on advice”, said David Hello, managing director of TerraNIS, which offers services in the agricultural and wine sector. “These recommendations come from people in our team who are capable of bridging the gap between this picture and the agricultural community, or external partners who will interpret this data along with other information ”.