A Commission spokesperson confirmed to EURACTIV that the sensitive state aid competence on agriculture and fisheries will be taken over by Margrethe Vestager’s supporting services, in order to boost competition enforcement across the board.

The document with the allocation of portfolios for each Commissioner-designate revealed that the Unit AGRI.I.2 (State Aid) will migrate to the supporting services of DG COMP, as well as the relevant part of Unit MARE.E.4 (Legal Affairs) dealing with state aid.

Although the transfer at first seems to be a mere re-arrangement of administrative structures, it may involve a more significant shakeup.

Indeed, certain derogations to general competition rules persist in the farming sector, although state aid rules are, by definition, in line with the rest of the EU policy areas.

Furthermore, the current framework of state aid rules for agriculture and rural areas, made up by the Agricultural Block Exemption Regulation (ABER) and the EU Guidelines for State aid in the agriculture and forestry sector (GL), will expire on 31 December 2020 and the process of revision for the 2021-2027 period is currently underway.

As part of this process, the Commission already approved under the responsibility of the DG AGRI a new de minimis regulation in February, which increases the ceiling for agriculture state aid that can be provided to €25,000. 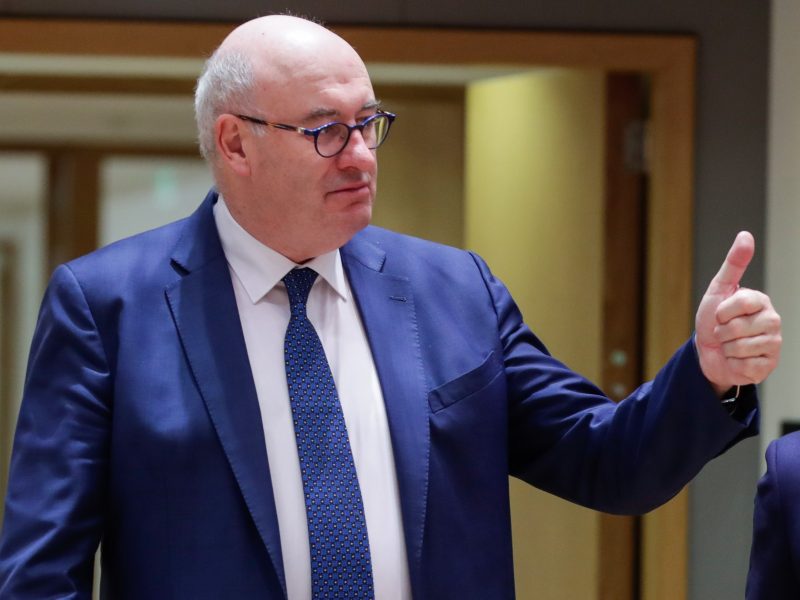 The decision to deprive DG AGRI of its state aid competence came without prior notice, nor did the Commission present any formal explanations after the announcement.

Asked by EURACTIV about the reasons, a Commission spokesperson said structural changes for DG Competition follow the good rule of thumb to prohibit state aid unless it is justified by reasons of general economic development.

The decision of transferring the state aid competences to DG COMP follows the logic laid out in the mission letter for Margrethe Vestager and her first task of strengthening competition enforcement in all sectors, the spokesperson added.

Asked if this implies that DG AGRI was lagging behind in ensuring competition rules enforcement in the farming sector, the EU spokesperson replied that it is just common practice at the start of a new mandate to make organisational adjustments to better match new priorities and mission letters.

The mission letter also said that Vestager is tasked with focusing on improving case detection, speeding up investigations and facilitating cooperation with and between national competition authorities.

The spokesperson highlighted that the European Commission is in charge of ensuring that state aid complies with EU rules in order to ensure that the general prohibition is respected and exemptions are applied equally across the European Union.

The Commission did not want to speculate on any potential decisions under the next College of Commissioners and if the moving could affect the new EU cap for state aid approved in February.

Contacted by EURACTIV, farmers organisation COPA-COGECA complained that it had not been able to talk to the relevant people about the transfer of competences and that they would have liked at least some internal justification from the Commission services.

“We need to see the detailed plan and how this moving will be done,” said Pekka Pesonen,  COPA-COGECA’s secretary-general, “but we see it as an option if the agricultural expertise is maintained.”

“Of course, we regret the possible agriculture specific expertise that may be lost in this transfer,” Pesonen added. But the farmers’ organisation also understood that the derogations to state aid general rules for agriculture are not to be touched upon, or at least were not in the pipeline.