European Commission officials have also admitted that the EU should not miss the train of innovation and digitisation. [Shutterstock]

This article is part of our special report Where are the e-tools to modernise the CAP?.

Digitisation is seen as a way to help EU agriculture secure its position in an increasingly competitive global environment and simultaneously make the sector greener by reducing the number of inputs.

The agri-food industry is pushing for a quick adoption of new technologies. It has called on policymakers to incentivise the digital trend and create a sustainable framework in order for farmers to take the digital leap”.

European Commission officials have also admitted that the EU should not miss the train of innovation and digitisation.

The EU executive wants the sector to move toward the so-called precision farming practices, meaning producing more with less input. With smart of precision farming, a farmer will be able, through the use of new technologies (drones, sensors), to take care of the slightest detail of his farm from watering to pesticides’ spraying.

This practically means that the environmental impact is reduced as the right amount of inputs is used. In addition, this will result in reduced overhead costs, considering that less input, such as pesticides, will be used.

In its new CAP proposals, the Commission has left much space to member states to design their national CAP strategies in accordance with their unique needs. This tailor-made approach has fuelled the discussion about a “re-nationalisation” attempt, something that the executive officially denies.

In an interview with EURACTIV Romania, EU Agriculture Commissioner Phil Hogan said that in the next CAP, the member states and not the European Commission will direct the precise support and funding for innovation and digitisation of farming.

“The budget for precision agriculture depends on the needs and the precise budget allocations within the overall CAP envelope that member states will receive,” Hogan emphasised.

“The experience of the current CAP applied across 28 member states of varying climates, methods of production and traditions, shows that Brussels can no longer determine what has to be done in each and every member state,” the Commissioner added.

In its proposals, the Commission emphasised the role of technologies in simplifying the farm controls or checking for instance that crops are being rotated – one of the requirements of the CAP in order to preserve biodiversity and soil health.

In addition, the executive is criticised for disproportionally focusing on the controls and not on the digitisation of the sector on the ground.

“In the current CAP proposals and discussions we observe more of a policy using digitisation and IT to facilitate observance and compliance than a policy to stimulate adoption and application of these revolutionary techniques in agriculture,” told EURACTIV.com Yara, a multinational fertiliser and crop nutrition company.

“The support to farmers, large and small, to accelerate adoption and lower thresholds through the CAP funding should come more to the forefront,” the company added.

Yara insisted that precision farming is a “win-win” game from both an economic and ecological perspective.

“In the EU, there is still a huge untapped potential of benefits related to the wider use of precision farming tools. Precision farming fully belongs to the CAP, which is evolving towards more greening measures.”

Yara believes the precision farming benefits farmers and consumers but should be better explained and understood, a view that is shared by Bayer’s Bruno Tremblay. 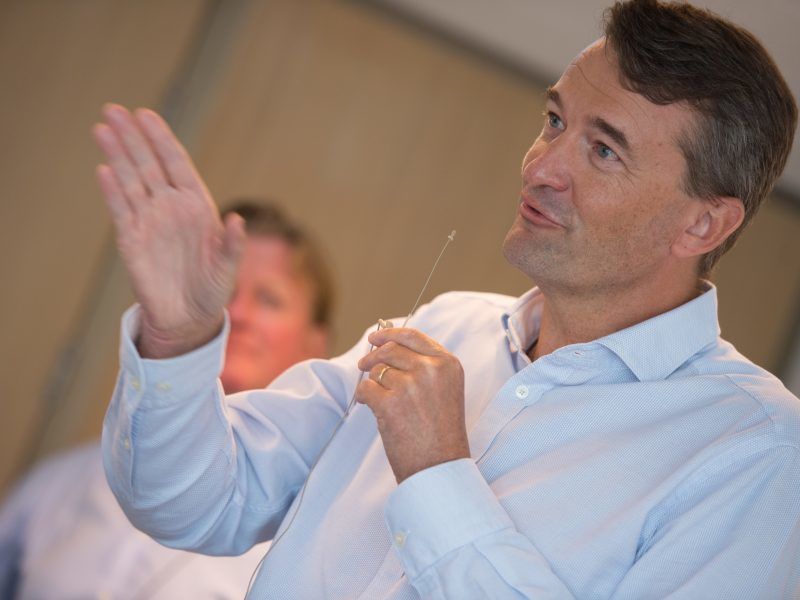 The connection between digital farming and sustainable production is not yet clear in the minds of many policymakers, Bayer’s Bruno Tremblay told EURACTIV.com in an interview, adding that some farmers look at this kind of innovation as a way to control them.

One of them is support for nutrient management plans, which are part of the best farming practices together with a wide array of precision farming tools, as part of the eco-scheme.

Yara also backs subsidies to support adoption as “every step in the journey should be supported”.

“Reward should not be for reaching a final target (such as specific N-Balance requirement, minimum N-leaching rate or higher productivity by given %) but for progressive improvements,” the company noted, adding that granting flexibility could also play a role.

“It is also possible to incentivise the adoption of smart agriculture, by granting farmers who adopt precision farming solutions the flexibility to adapt their practices to the requirements of their agronomical and environmental conditions.”

Speaking at the “Digital and Precision Farming: Challenges and Opportunities for Farmers and Smart Villages” on 24 September in the European Parliament, Daniel Azevedo from EU farmers’ association Copa-Cogeca noted that the Commission’s proposals could be more ambitious.

“We do recognise that the Commission DG Agri, working with the DG Connect, also all the services of the DG Research, have done a lot of programs on precision farming,” he said, adding though that there are some issues regarding the regulatory that sometimes “hinders innovation”.

However, he noted that the Galileo and Copernicus satellites systems should not only be used by control agencies but the farmers themselves.

He explained that EU farmers should have access via a database to all data generated by these satellite systems, initially designed for control-related reasons, in order to be able to use these for other purposes like precision farming.

“And we have a great example in Estonia, where all the maps are available for the farmers. The farmer has a username, he enters and has access.”