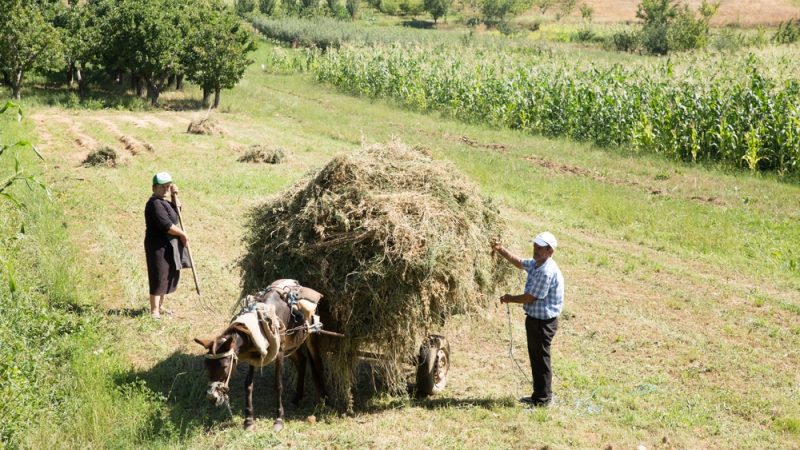 According to INSTAT, inflation reached 6.2% in April, a new record following March’s high of 5.7%. These are the biggest increases in the cost of living since 2001, when inflation reached 7.6%. [Shutterstock/Chris_Hall]

Prices have continued to rise in Albania, hitting citizens’ wallets hard and putting small agricultural businesses in a perilous position as food and transport register the highest increases.

These increases spell trouble for Albania, which is already one of the poorest countries in Europe, with a third of the population living below the poverty line.

The price increases were mainly attributed to food items which increased by 3.56%, and transport by 1.23%. Rent, fuel, and energy saw a modest increase of 0.49%, while leisure such as hotels and cafés increased by 0.21%.

Increases in entertainment, home appliances and furniture, clothing, education, and communication were minimal. The issue is that significant rises in other areas mean less money to spend in these sectors of the economy.

Data processed by INSTAT last week noted that there were significant declines in the importation of various food items to Albania while the cost increased.

Imports of oil decreased by 11.8% and cereals by 4.1%. The number of agricultural fertilisers also reduced by 75% during the same period, mainly due to restrictions on purchasing potash, a key ingredient in producing fertiliser, primarily sourced from Belarus.

According to the data, food and tobacco imports were up 15%, as many suppliers rushed to stock up, fearing more supply chain contraction as the war persists.

Meanwhile, government revenue from the same period is up 27%, bolstered by VAT revenue increases of 43%.

Price increases have hit local businesses hard, with some closing down, others restricting their purchasing of some items, and others fearful of passing additional costs onto customers.

Rezearta Caushaj from Agr.al, a company, delivering fresh fruit, veg, and meat boxes to consumers in Tirana, said it is creating a general feeling of insecurity.

“The increase in the prices of meat at dairy has been between 7-15% which for a small enterprise such as Agr.al and rotating clientele, means a lot of insecurity.”

She adds, “We half rely on fellow small farmers to supply organic products and need for them to feel like the collaboration is profitable. But, it’s becoming ever so difficult. And of course, our whole existence now is dependent on how our clients will react.”

“We’ve had to refrain from increasing the price of products we produce on our own as a way to survive, but we don’t know how long. Transportation and logistic costs have become gruelling,” she told Exit.

This could lead to Albanians being forced to reduce spending on non-necessary things such as holidays, clothing, or recreation.

Meanwhile, Albania has doubled the import of wheat and grains from Russia since it invaded Ukraine.

At the start of the war, there were concerns that it would result in a shortage of wheat in the country. Industry stakeholders said they were looking to source the products elsewhere, outside of Russia and, to an extent, Ukraine.

But instead of doing so, the amount of wheat imported from Russia has increased along with the price.

While Albania has enforced sanctions against Russia, this does not cover the import of cereals, the Ministry of Foreign Affairs clarified.