The numbers speak for themselves: almost one in two French people, or 48% of those surveyed, say they have reduced their meat consumption over the past three years. [Shutterstock]

French people tend to eat less meat than before, according to the results of the Harris Interactive survey published on Thursday ( 25 February). This change in eating habits can only be welcomed, both from an environmental and health perspective. EURACTIV France reports.

The French want to cut down on their meat consumption and, when they choose to eat some, they opt for quality products, according to Harris Interactive’s recent survey commissioned by the environmental association Réseau Action Climat.

The numbers speak for themselves: almost one in two French citizens, or 48% of those surveyed, say they have reduced their meat consumption over the past three years. And the trend is expected to continue, with 30% of the respondents saying they want to consume even less in the next three years.

Moreover, among the main factors driving the French to adopt a less meaty diet, the survey found that health was the main factor, as confirmed by 43% of those surveyed. This was followed by animal welfare (36%), the price of meat, and its environmental impact, both at 33%.

If the French tend to reduce their meat intake, the food is still appreciated as much as ever. As the survey shows, an overwhelming majority of 96% say they eat it at least occasionally.

French livestock farmers can therefore rest assured, all the more so since the preference for local meats, or at least meat produced in France, is the first criterion the respondents are taking into account, ahead of taste, price, or the presence of a label. 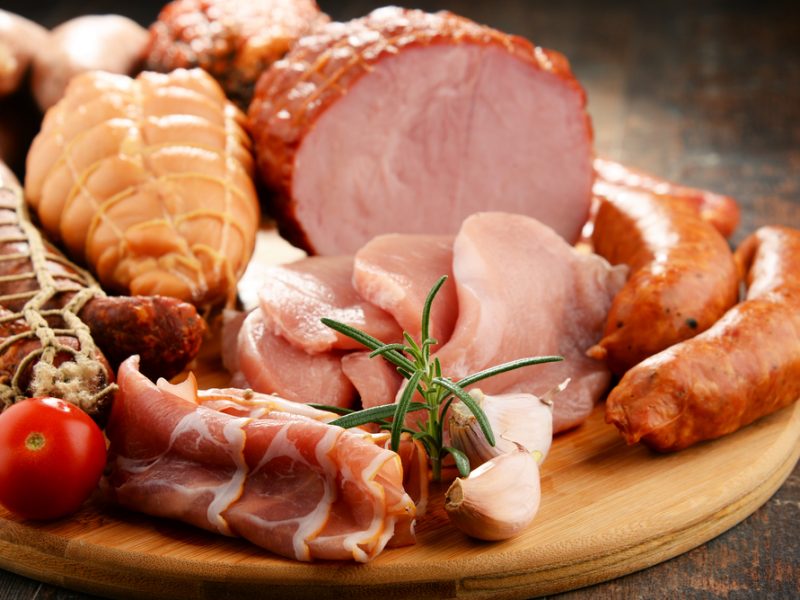 Faced with a climate emergency, such results are encouraging, since livestock, particularly when intensive, involves, among other things, the consumption of large volumes of water and soil to grow feed for livestock, as well as transport that often stretches globally.

According to the UN’s Food and Agriculture Organisation (FAO), the production of meat and dairy now accounts for almost 14.5% of global greenhouse gas emissions.

However, shifting towards reduced meat consumption could make a difference, as the Intergovernmental Panel on Climate Change (IPCC) pointed out in a report published in 2018.

According to their analyses, a global shift to a “flexitarian” diet, which focuses on fruits and vegetables and protein from plants instead of animals, would reduce emissions by just over 5 billion tonnes of CO2 equivalent each year by 2050 – which could help states achieve the Paris Climate Agreement’s objective of limiting global warming to 1.5°C.

‘We’re in the world’s top six’

However, progress is still to be made, according to Anthony Fardet, a researcher in preventive nutrition at the French National Institute for Agricultural Research (INRAE).

“In France, according to the INCA study conducted by Anses [France’s food agency], we are at 40% animal calories per day. We’re in the world’s top six. The ideal would be to reduce our consumption of meat by at least a half,” he said.

According to the researcher, this can be done “without any nutritional risk”, by varying the “remaining animal products and vegetable products, and above all avoiding ultra-processed products”.

“I would like to point out that the diets that have existed since the dawn of time and allow people to be healthy and protect the planet contain less than 25% of animal calories. In the Mediterranean diet, it is a maximum of 25%. In Okinawa, it is even less than 10%. And they still have centenarians,” the researcher added.

While France is currently embroiled in a controversy over the introduction of vegetarian menus in schools – pushed by Lyon’s Green mayor – which has even drawn criticism from the government in recent days, the poll shows that enthusiasm for a dietary change is currently gaining ground in France.

Among those surveyed, 80% said they were in favour of making collective catering (canteens, retirement homes, hospitals, etc.) obligatory to offer vegetarian menus.

They would also support greater involvement by public authorities in such matters, including whether to implement “measures to limit the most industrial farms” (83%), promote “sustainable livestock farming” (88%), or for “greater supervision of commercial exchanges with distributors, enabling producers to be better remunerated” (89%).

Such agri-food themes will be on the agenda of debates in the coming weeks – at the EU level as the Common Agricultural Policy (CAP) will soon be renegotiated, and at the national level, as parliamentary debates on the draft “climate and resilience” law are set to begin on Friday (26 February).