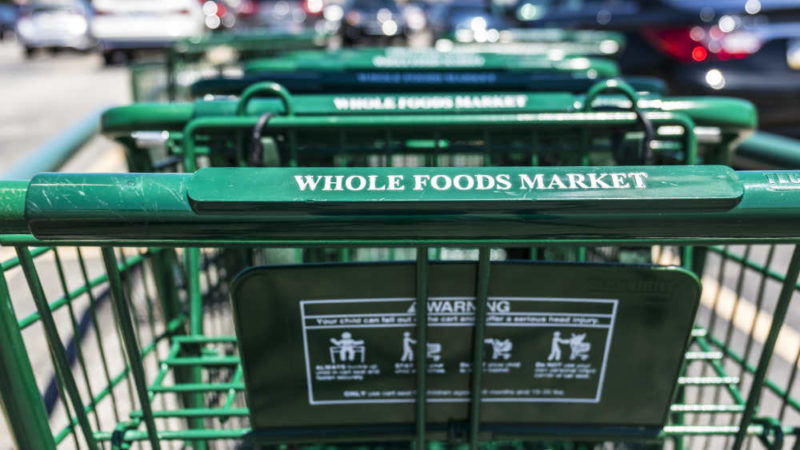 Amazon is shaking the wholesale distribution sector, particularly in the food business, by announcing a cut in prices for bananas, avocados and other products sold by the organic Whole Foods chain, which it has bought for $ 13.7 billion (11.7 billion euros).

“We will lower Whole Foods prices without compromising product quality,” said Jeff Wilke, head of Amazon Worldwide Consumer. Amazon will put into practice its new pricing policy as of Monday (28 August), when its acquisition of Whole Foods will be completed.

The news had the ring of a price war, and the securities of food-related companies listed on the stock market have taken note of it.

Cuts will cover a selection of Whole Foods products, but other discounts will come later. Whole Foods branded products will also be sold online by Amazon, and Amazon lockers (lockers serving to pick up online orders) will be installed at some Whole Foods outlets, present in the United States, Canada and in the United Kingdom. Additionally, Amazon Prime members will receive additional discounts.

Additionally, Amazon Prime members will receive additional discounts. Wilke has assured that discounts will not in any way compromise the quality offered in Whole Foods stores.

Amazon’s announcement was in the air. Prior to its acquisition, Whole Foods was known as an exclusive and very expensive supermarket. After this move, Whole Foods will probably no longer be called sarcastically “Whole Paycheck”, or full salary. The e-commerce giant revealed its plans after the Federal Trade Commission (FTC) approved the merger and Whole Foods shareholders voted in favour.

Once again Jeff Bezos’s company proved to be fierce: it completed the acquisition in three months and immediately undertook a price-cutting campaign. Proving once again Bezos is engaging in a new price war, always willing to lose money to challenge the competition. Nearly every time he did so, as with books, he changed the rules of the game.

Now the same could happen with organic foods. This market is gaining more and more space in traditional distribution chains, and not just US ones. There are obviously many concerns in the industry, even though the FTC did not believe there were threats to competition from the merger. Antitrust attorneys have noted that Amazon and Whole Foods are relatively small players in the food business and are differently positioned on this market, with Amazon selling online groceries and Whole Foods in retail shop sales.