EU Commissioner for Health and Food Safety Vytenis Andriukaitis warned on the risk of using a nationalist propaganda in food policy. [GAPON/EC]

EU health boss Vytenis Andriukaitis criticised last week (7 June) the “political use” of food safety concerns and country of origin labelling, spurred by nationalist leaders like Italy’s Matteo Salvini, who replied he was only defending Italian farmers and fishermen.

During a breakfast with Brussels-based journalists, the health Commissioner paved the way for discussing at EU level a new labelling system indicating the origin of food.

However, he warned against using the country of origin food labelling as a political argument for nationalist propaganda, pointing the finger at Italy’s right-wing Lega party and its leader Matteo Salvini.

The Commissioner said he saw the way Salvini put the blame on the EU in the past for unsafe food coming for Africa, Brazil or India as “very nationalistic, protectionistic and ideological.”

“What are you doing, guys, with your official control system?” he said, referring to Salvini’s allegations, adding that it is up to Italy to guarantee that no unsafe food enter the country and, therefore, the EU.

The Commissioner also pointed out that food coming into the EU must pass very strict pre-and post-assessment control, which is often not stressed enough by nationalist politicians like Salvini. “Is he ignoring [the work of] his Italian laboratories?” Andriukaitis said.

Salvini was quick to reply.

“I defend the work of our farmers and fishermen, who experienced difficulty coming from EU agreements and regulations that are damaging “Made in Italy,” the Italian politician said in reply to a question of a journalist who told him of Andriukaitis’ comments.

Salvini added that EU rules are damaging the health of consumers, favouring the business of multinationals and the arrival of non-EU products of very poor quality.

It was not the first time that Italy’s hardline interior minister and the straight-talking Lithuanian Commissioner had a spat. Last October, it was Andriukaitis who wrote on his Twitter account that he “rarely felt such unease” as he did after having seen a tweet by Salvini.

In the tweet, Salvini said he was ready to back farmers in the fight against a kind of Europe that fills our tables and shops with junk food coming from the other side of the world and without control.

Andriukaitis replied at the time that “in the EU, we work together and not against each other”. He added that facts and substance matter little these days and that it was big lies that led to Brexit.

Last March, Salvini presented a legislative proposal at the Italian Parliament to safeguard Italian brands with more than 50 years of history by setting a list of ‘protected’ Made in Italy labels.

The draft law mainly aimed to avoid relocating production outside Italy and does not refer only to foodstuffs. “If you want to sell products with an Italian label, you need to produce in Italy,” Salvini said.

Andriukaitis hinted that the debate on the EU labelling should not be poisoned by nationalist propaganda.

“It’s very simple to say Italian food is the best. If you ask a Hungarian, a Lithuanian or an Irish person, they tell you their food is the best,” the Commissioner told the press during the breakfast on Thursday.

A Eurobarometer published on 7 June found that the origin of food is the top concern for EU citizens when picking foodstuffs from the shelves, more than the price and food safety. 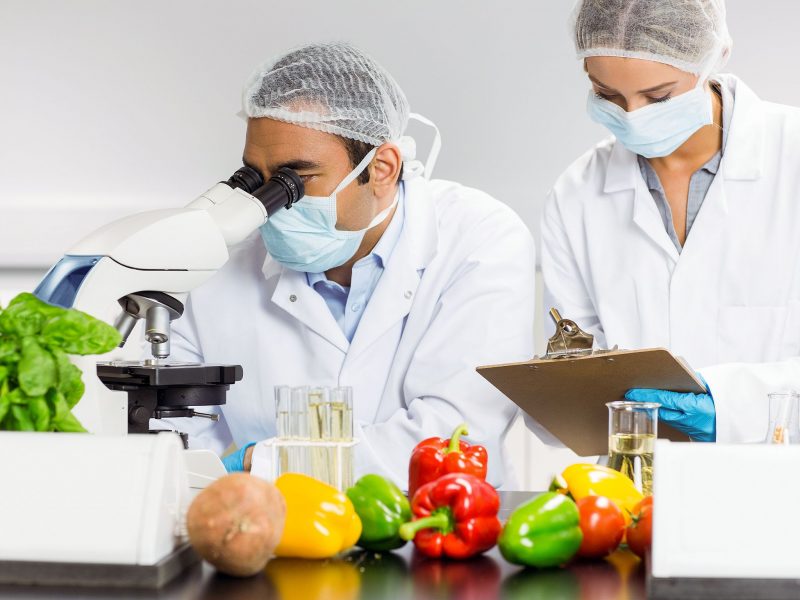 Coinciding with the first International food safety day, a Eurobarometer poll about food safety published on Friday (7 June) found that food awareness among Europeans is high, as 50% of them consider safety to be an important factor in choosing food.