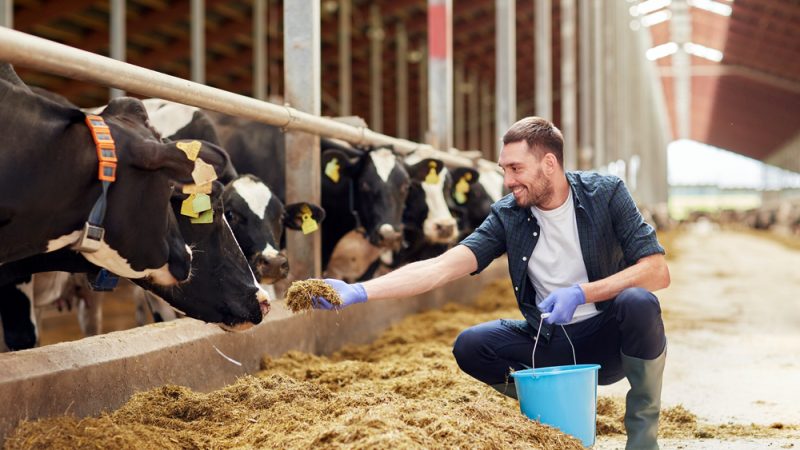 Recently, EU member states complained about the increase of between 25 and 60% in the international market price of animal feed, in particular, soya bean meal but also maize, wheat and barley. [SHUTTERSTOCK]

The Croatian delegation brought up the issue at the latest meeting of EU farming ministers on 19 July, stressing that feed prices in the country have reached their highest levels in seven years.

According to a diplomatic source, the point of the agenda received support from two-thirds of other member states, who also pointed out that high feed prices could affect the post-pandemic recovery of the meat sectors, together with the constant threat of African swine fever and avian influenza.

Croatians called on the Commission to examine all available options for stabilising the sector, either in the form of financial support or via other effective mechanisms.

Agriculture Commission Janusz Wojciechowski tried to reassure the concerned countries saying that feed prices were likely to go down, an EU source told EURACTIV. He added that there are measures in the Common Agricultural Policy (CAP), the main EU’s farming subsidies programme, to support the livestock sector in case of price crises.

Another diplomatic source contacted by EURACTIV said the point of the agenda was a stage setter to keep the topic on the Commission’s radar, opening up the possibility to strengthen the call in September due to worrying outlooks.

“It doesn’t look like things will change in the near future so the problem is going to stay,” said the source, who does not share the view of the Commission on this point.

According to the source, if feed prices remain high, the livestock sector will face a perfect storm scenario after the closure of Horeca (hotels, restaurants and cafés) sector, the turmoil on global markets, and certain decisions made by trade partners such as China and South America.

It is not the first time member states ask the Commission to monitor the profit margins of livestock farms and take action as necessary.

Previously, Spain and other member states complained about the increase of between 25% and 60% in the international market price of animal feed, in particular, soya bean meal but also maize, wheat, and barley.

At June’s meeting of EU-27 agriculture ministers, Latvia and Spain highlighted that the livestock sector is still vulnerable in the face of reduced production and increased input costs that are eating away at producers’ income.

According to a background note of the EU Council, high feed costs are having a particularly negative impact on the narrow margins of dairy farms, which are experience serious difficulties as they are unable to transfer the additional cost to the next links in the agri-food chain.

Contacted by EURACTIV, the  European Dairy Association (EDA) said that the biggest source of feed protein in Europe is roughage, which is almost entirely grown on-farm.

“An increased price for feed could impact the pork and poultry sector more than us,” the EDA’s spokesperson added.