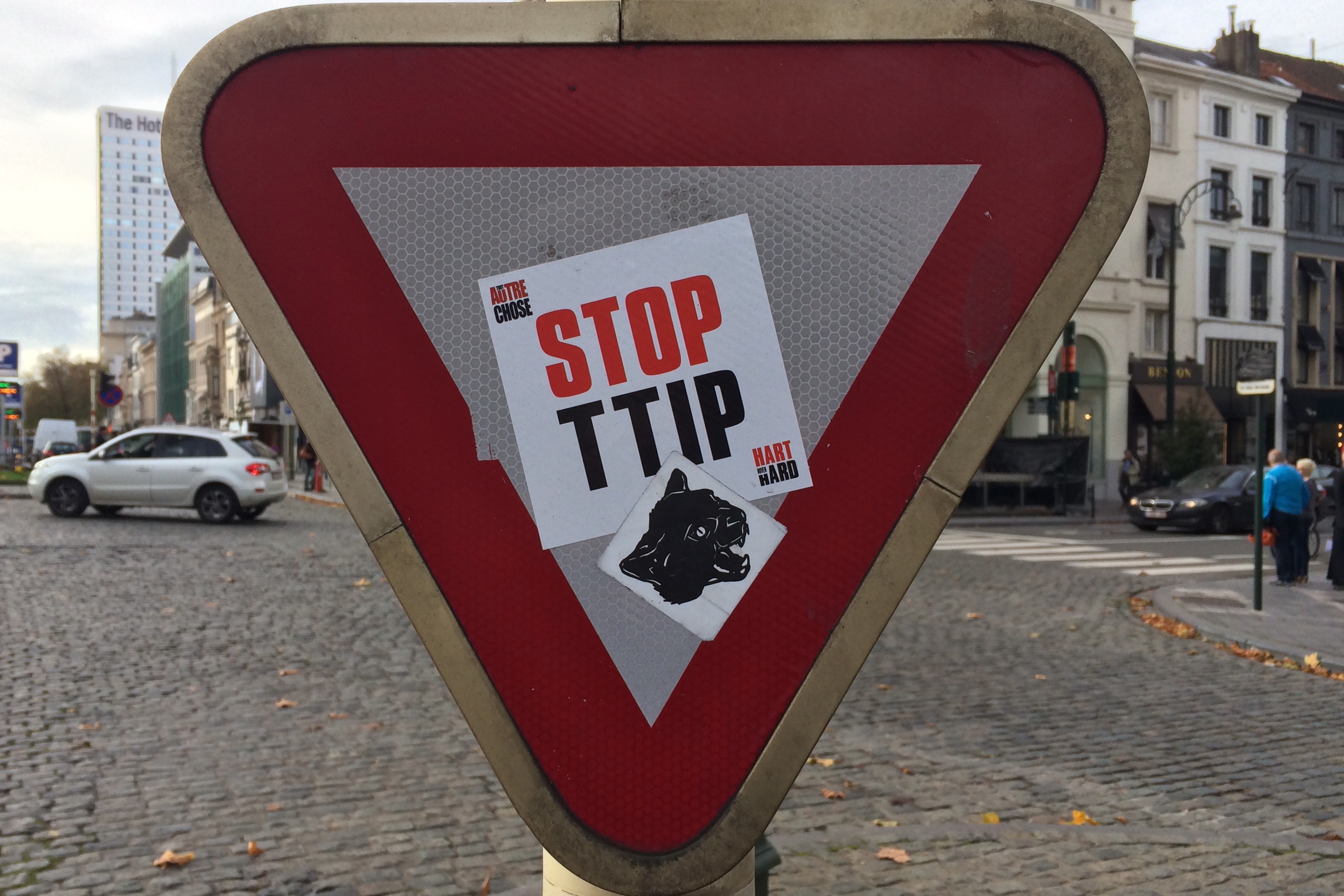 TTIP negotiations have been strongly criticised for their lack of transparency. [Samuel Morgan]

More than 3 million citizens have signed a petition against the planned free trade agreements with the United States and Canada, TTIP and CETA. EURACTIV Germany reports.

The initiative handed over its petition to the President of the European Parliament, Martin Schulz, on Monday (9 November) in Berlin, urging him to call a Parliament hearing on the matter.

Stop TTIP is a self-organised European Citizens’ Initiative against TTIP (Transatlantic Trade and Investment Partnership) and CETA (Comprehensive Economic and Trade Agreement), which for more than a year has campaigned to be recognised as a European Citizens’ Initiative (ECI). The European Commission actually rejected their application, on the grounds that the FTAs are not legal acts, but inter-institutional acts and that it “cannot make negative ratification proposals”.

Within one year, the initiative has collected more signatures than any other ECI has previously. The figure as of 9 November is 3,284,289 signatories, roughly the population of Wales. The minimum number of signatures was achieved in 23 countries and in early October, Stop TTIP handed over what signatures it had to the Commission. The fact that they were able to personally hand the list to Schulz sent “an important signal”, said Michael Efler, a Stop TTIP representative. “The EU institutions will take note” of the protest against the FTAs.

The USA and the EU concluded the eleventh round of negotiations recently and it is hoped that the agreement can be finalised before the end of President Barack Obama’s term, by the beginning of 2017. The TTIP negotiations began in July 2013; the intention of the agreement is that a free trade zone, incorporating the removal of trade tariffs and barriers, be established between the two parties. Critics of the plan fear reduced social, environmental and consumer protection standards, as well as the weakening of democratic institutions.

>>Read: Environmental and social protection to be discussed at next TTIP negotiations

ECIs are intended to give European citizens an instrument that allows them to ask the Commission to take action. For an ECI to be successfully submitted, at least 1 million citizens from seven countries must take part with a minimum number of signatories required in each of those seven member states. Once an ECI has met the relevant criteria and been submitted, the Commission has three months to respond. It is obliged to adopt a formal response to the initiative, but proposing legislation is not mandatory.