Insects are more than a new food trend, given that they could be part of an answer to the question of how to feed around nine billion people in 2050. And they could cushion the worldwide increase in meat consumption. [Stockcreations/ Shutterstock]

While insect-based foods have so far been a niche product, they are viewed as a highly promising solution to the challenges facing the food industry. Although new EU regulations should pave the way for these products, European eating habits will have to change too. EURACTIV Germany reports.

Since the start of 2019, customers of the German supermarket chain Kaufland have had the choice between garlic and herb flavoured mealworms, or buffalo worms with hints of sour cream and onion.

And foods made from insects, such as chocolate bars, granola, pasta or burgers, are also appearing in other major supermarkets all over Europe. 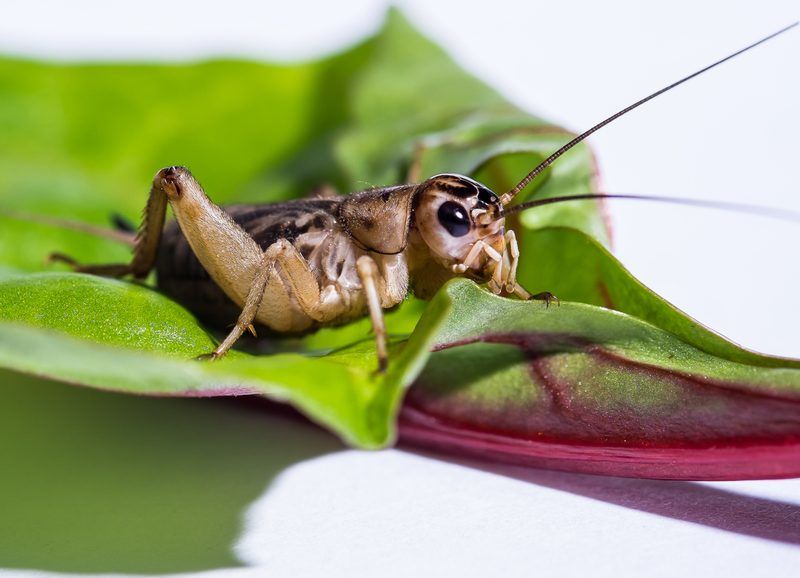 “Customers who buy insect-based foods are primarily looking for a new eating experience. Our task is to translate this into products that fit our normal eating habits,” said Bastien Rabastens, founder of French company Jimini’s, which supplies Kaufland.

Rabastens’ biggest challenge is what the industry calls the “yuck factor”.

Even though around 2.5 billion people across the world eat insects, and although worms were considered a delicacy in ancient Roman times, they are not part of typical European eating habits.

In a survey conducted last year by food manufacturer Veganz, 41.6% of the 24,000 people questioned said they would eat insects if they had been prepared properly. In contrast, the German opinion research company Civey concluded that 70% of those surveyed categorically rejected insect foods, while only one in five considered trying them.

In order to make these multi-legged creatures more palatable to customers, Jimini’s is currently working on developing an insect-based steak.

“We’re still in the discovery phase. The market is so new that customers do not yet have any concrete product ideas,” explained the founder, Rabastens. 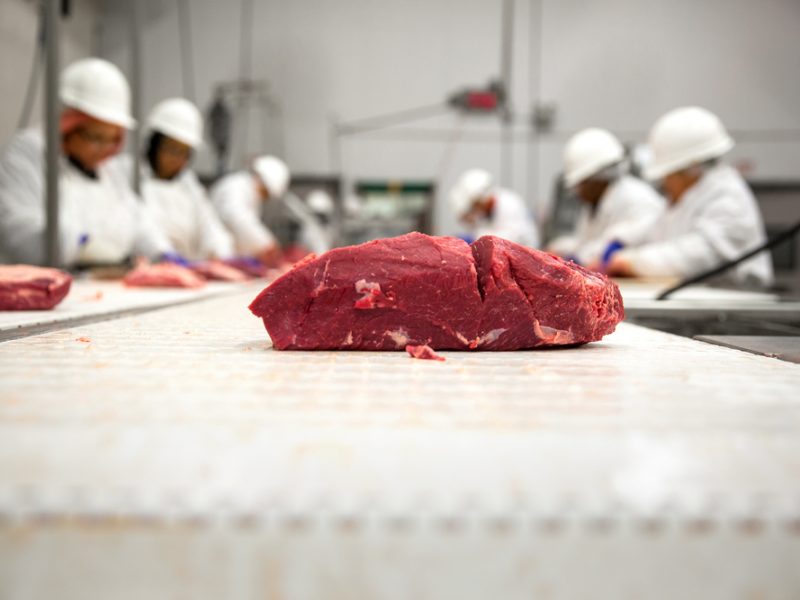 But insects are more than a new food trend, given that they could be part of an answer to the question of how to feed around nine billion people in 2050, for instance, by cushioning the worldwide increase in meat consumption.

By 2030, every person will eat an average of 10% more meat than in 2015, according to the UN Food and Agriculture Organisation (FAO).

The rising consumption of meat represents a massive environmental burden – not only because of the methane emissions coming from billions of animals but also because producing their animal feed requires a lot of land and water, which in turn would be lacking for the production of food for humans.

From an environmental point of view alone, insects would be a promising option. Although they are also dependent on plant proteins such as soy flour, they convert them into body weight more efficiently than cows, pigs or chickens.

Furthermore, depending on the species and breeding conditions, insects have protein content that ranges between 35% and 77% higher than that of cattle, pigs and chickens.

Despite their excellent nutritional properties, insects have a difficult time being accepted onto the European market.

“We are still a very specialised niche,” said Joash Mathew from the International Platform of Insects for Food and Feed (IPIFF), the industry association of insect producers in Europe.

The association, which is based in Brussels, has 59 members and works to improve the legal framework for insect food.

So far, only 6,000 tonnes of insect protein is produced annually in the EU, which means that several hundred people are employed. By 2030, however, IPIFF estimates that this could be between two and five million tonnes. 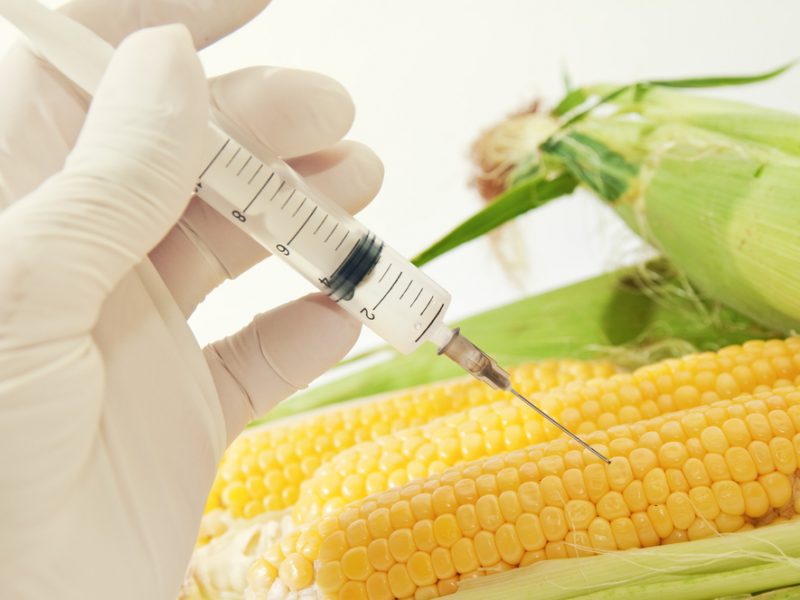 However, to achieve this, the legislative path must be smoothed out.

After the Novel Food Regulation was revised at the start of 2018, the regulation now also covers insects, thus enabling a Europe-wide regulation of insect food for the first time.

Since then, their manufacturers have had to be certified by the European Commission and Council in order to be able to market their products under the applicable food and hygiene legislation.

The European Food Safety Authority (EFSA) is currently examining 13 products, and the Commission expected to approve the first applications by the middle of this year.

The fact that insects can already be purchased in the EU is due to a specially created transitional arrangement.

A further milestone could follow this year, as the European Commission is currently examining whether insects may also be used as animal feed for pigs and poultry, to whose diet they naturally belong.

Up to now, European law has forbidden the feeding of pigs, cows or chickens with protein from other farm animals, including insects. If the feeding ban were to be reversed, this could potentially open up a large market for insect producers.

Besides, announcements regarding the new Commission’s “Farm to Fork” strategy also state that the aim is to “identify new, innovative feed products”.

But the European Commission will not disclose further details, even on request.

Either way, “this year will be a very important year for our industry,” said Mathew.

Insects instead of using soy in animal feed?

If insects can someday be used in animal feed on a large scale, this could also help reduce soy imports from abroad. As the EU is not able to produce enough plant protein for domestic animal breeding, it imports around 14 million tonnes of soybeans every year.

For instance, after the forest fires in Brazil, French President Emmanuel Macron called for “European protein sovereignty” last autumn. And the year before, the European Commission had also considered in a report on how the production of plant proteins in the EU could be increased.

Unfortunately, insects can only cover part of the demand. “Soy cannot simply be replaced by insects,” according to the industry association’s general-secretary, Christophe Derrien.

This is because plant protein has slightly different nutritional properties than animal protein and cannot easily be replaced in animal feed.

“But insects can definitely replace parts of plant proteins and help reduce our dependence on protein imports,” Derrien added.

And what role could insects play for human diets in the future?

“It is essential to understand that meat cannot and should not be replaced by insects. Rather, it is about supplementing our eating habits,” emphasised Bastien Rabastens from insect supplier Jimini’s, adding that changing eating habits take years and a great deal of education.

His goal is to make insect products as widely available and affordable as possible on the market.

“I am curious to see what the eating habits of the generation will look like. Perhaps insects will be a permanent fixture in the diet by then,” Rabastens noted. 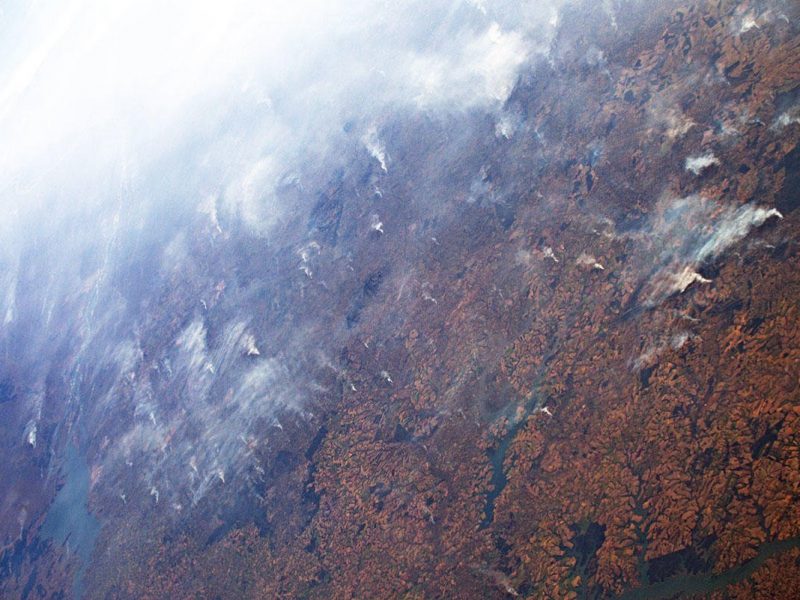