The recent re-authorisation of the world’s most commonly used weedkiller, glyphosate, has heated up the debate about food safety in Europe.

The lack of access to scientific studies used for the authorisation of products in the name of business confidentiality has triggered strong reactions from health advocates and policymakers who blamed the chemicals industry for a lack of transparency.

In light of these developments, Bayer decided to launch a transparency initiative whose objective will be to provide access to safety-related information for its products, both those intended for humans and for the environment.

Bayer is willing to take a “leading role” in breaking down barriers to sharing safety data to build public trust and foster a “fair, science-based dialogue around crop protection products,” according to a company document seen by EURACTIV.

The document noted that companies usually do not share with the public the results of the multi-page studies they produce in order to gain market authorisation, and therefore a large amount of information remains inaccessible to consumers.

“We want to close this information gap and enable access to our safety studies,” the document states. Bayer also recognises the complexity of the studies and says the move is necessary to make them “accessible” to non-commercial stakeholders. 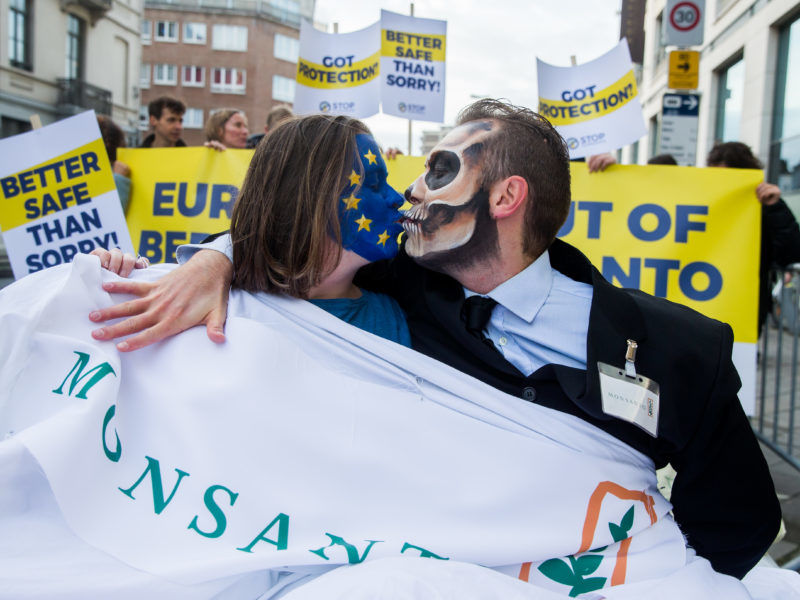 MEPs divided on the citizens' initiative to ban glyphosate

“The plant protection sector in Europe is currently facing a high level of mistrust by EU consumers and through this initiative, Bayer aims to help reverse this trend,” Dr Klaus Kunz, Bayer’s Head of Regulatory Policy and Compliance, told EURACTIV.

Kunz explained that through this initiative, consumers will be able to quickly and easily understand safety-related data both for people and the environment.

“When going live, the website will not yet cover all substances, we will add more and more information over time,” he added.

He specified that this is not about production details but only products’ safety data, as the company wants to be both transparent and simultaneously protect confidential business information.

“Via a dedicated Bayer website, consumers and scientists will be able to get access to summaries of the human and environmental toxicity studies of our substances and if one wants to access, the full version for non-commercial purposes, he/she will be able to do so by signing up.”

The European Commission announced on 6 October that it had put on hold the much-discussed ongoing merger between Monsanto and Bayer, saying that further clarifications from the two companies are needed. The proposed acquisition of the American agri-chemicals giant by Bayer would create the world’s largest integrated pesticides and seed company.