The batches of non-compliant and suspect products with unreliable certificates of analysis, traceability and origin included a bentazon-based herbicide, used for growing onions, beans and shallots, as well as a captan-based fungicide, used for growing apples and pears, said FASFC. [Shutterstock/Rudmer Zwerver]

Around 778 tonnes of non-compliant or suspect phytosanitary products from India and China have been seized in Antwerp by the Belgian Federal Agency for the Safety of the Food Chain (FASFC). EURACTIV’s partner le Journal de l’environnement reports.

These pesticides were intended for European fruit and vegetable producers, according to a press release published by the FASFC on Tuesday (28 April).

This major seizure, carried out in March and April, is the result of three searches that were part of an investigation conducted by the environmental team of the Antwerp judicial police and the public prosecutor’s office.

The batches of non-compliant and suspect products with unreliable certificates of analysis, traceability and origin included a bentazon-based herbicide, used for growing onions, beans and shallots, as well as a captan-based fungicide, used for growing apples and pears, said FASFC spokeswoman Stéphanie Maquoi.

All products of the Belgian company behind the imports have now been blocked.

The products may only be placed back on the market under certain conditions, which include the submission of analyses and certificates of conformity.

According to Antwerp’s public prosecutor’s office, these products “could potentially pose a risk to human health”, while Maquoi explained they could pose “a danger that concerns professionals and not the consumer”.

“We have analysed the risks. We know there is no danger for the consumer,” added Maquoi. 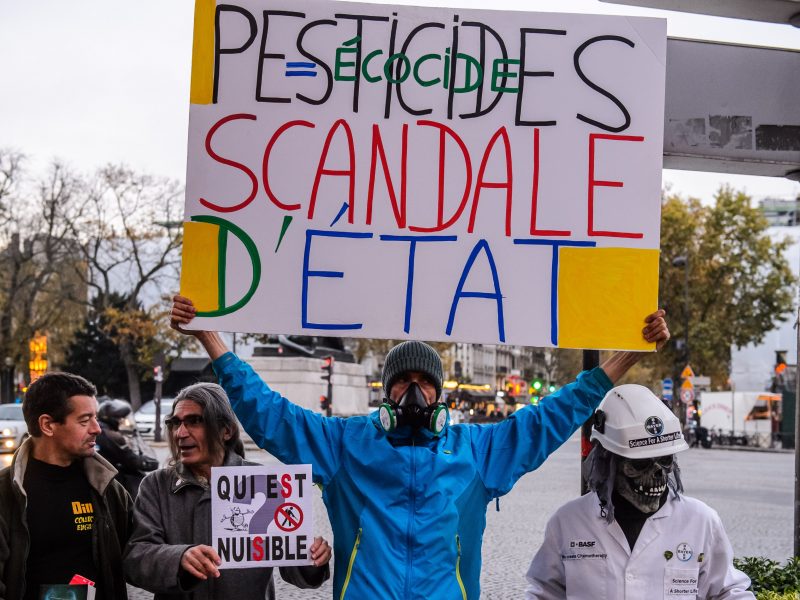 In 2018 alone, the French government spent €400 million to reduce the use of pesticides, even though their use ended up increasing. France’s public auditor is criticising the situation and calling on integrating agro-ecological transition objectives into the CAP. EURACTIV France reports.