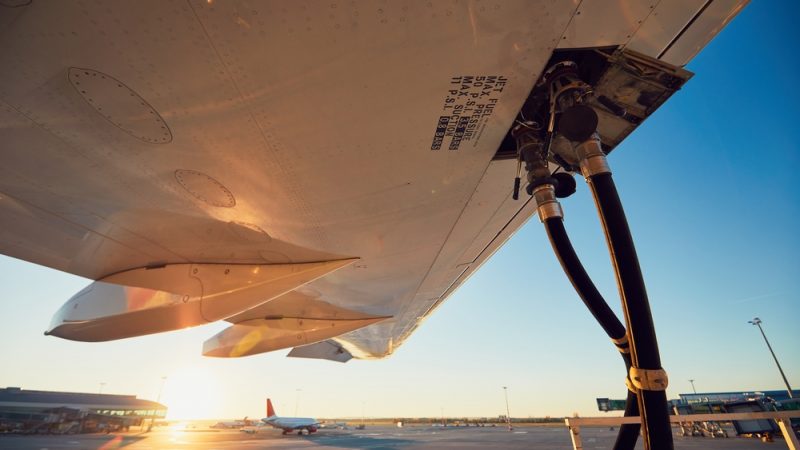 EURACTIV asked the European Commission if it has such plans and if the executive has examined the potential implications on the road transport climate objectives. [Shutterstock / Jaromir Chalabala]

In a letter sent to three EU Commissioners, including Vice-President Frans Timmermans,  the European waste-based biodiesel industry has voiced its concerns about alleged plans by the European Commission to promote sustainable aviation fuel (SAF).

Producers of biofuel from Used Cooking Oil (UCO) and animal fats said they agreed with the EU executive’s initiative for greener fuels in the air transport sector but pointed out a number of challenges that they said could have serious economic implications for their businesses.

“We understand that we are at the very early stages of law-drafting, however, during a SAF Roundtable held on 4 March 2020 Commission officials singled out potential measures to promote SAF, including a blending mandate and prioritisation measures ‘to direct liquid road transport fuels towards aviation’,” the letter reads.

A blending mandate means mixing up SAF with kerosene, a process similar to oil and biofuels in the road transport sector.

More than 99% of airline emissions and approximately 50% of airport emissions are related to the combustion of jet fuel. The airline sector has committed to reducing by 2050 aviation’s net CO2 emissions to 50% of what they were in 2005.

With the revised Renewable Energy Directive (RED II), the Commission has set a 14% renewable energy target to decarbonise Europe’s transport sector as a whole, including second-generation biofuels such as UCO.

But the biodiesel industry now fears that with the SAF initiative, the executive wants to shift waste-based biofuels from road transport to aviation, which they fear might create market imbalances and also slow road decarbonisation efforts.

As such, any measure creating mandates or disproportionate incentives for the use of UCO and animal fats for aviation would give a critical economic advantage to SAF producers, allowing them to dominate the feedstocks market.

The industry pointed out in the letter that this will have a negative impact on other biodiesel producers, ultimately leading to the closure of plants.

“This would provide significantly less total GHG reductions overall, thus dealing a major blow to the decarbonisation of the EU road transport sector.”

EURACTIV asked the European Commission if such plans are in the making and whether the executive has examined the potential implications on the road transport climate objectives.

“We can confirm the receipt of the letter which we are currently analysing and will reply in due time. We can’t comment further on it,” a Commission spokesperson said.

Another aspect raised by the biodiesel industry is investor uncertainty caused by the constantly changing legislation.

When it comes to Renewable Energy Directive and biofuels, the Commission has been changing the legislation and the respective climate targets since 2008.