The final deal on the Common Agricultural Policy (CAP) spending that came out of the EU summit in July left a bittersweet taste: the much-feared cuts were not avoided but numbers were improved compared to the Commission’s 2018 proposal.

After 92 hours of intense negotiations in Brussels, EU leaders agreed on 21 July on the EU’s next seven-year budget, which includes the total amount of CAP spending too.

The farming budget for 2021-2027 will amount to €344 billion, roughly €20 billion more than what the EU executive earmarked in its proposal in July 2018, although significantly lower than the 2014-2020 CAP budget which totalled €383 billion, even without the UK contribution

The increased farming spending means a rise in CAP’s share of the total Multiannual Financial Framework (MFF), which went from 28% in the Commission’s initial bid to the final 32%.

The agreed budget allocation for direct payments to farmers and market-related expenditures, which together form the first CAP pillar, is now €258.6 billion.

The rural development support, considered as the CAP’s second pillar, was put at €78 billion with an extra €7.5 billion coming from the ‘Next Generation EU’ stimulus plan (NGEU), for a grand total of €85.5 billion.

The second pillar remains the most hit by cuts, as the rural development aid fell by 12.8%, although this is still an improvement on the initial reduction of 28% included in the Commission’s draft.

Germany follows with an extra allocation of €600 million, while Italy and Spain will get €500 million more.

The additional €7.5 billion to the second pillar from the Commission’s stimulus package has been linked to making EU’s main farm policy greener and delivering part of the Farm to Fork strategy (F2F), the EU’s flagship new food policy.

However, the final amount has been halved from the original €15 billion proposed by the Commission and sacrificed on the altar of the group of frugal countries, who asked for lowering the grants allocations in the Recovery Fund.

Although considered part of the second pillar, the additional rural development aid in the NGEU has different legal commitments related to its timing.

As part of the EU’s response to the COVID-19 crisis, these funds need to be rapidly deployed and all legal commitments must be made by 31 December 2023 in order to disburse all payments before 31 December 2026.

Moreover, 70% of the grants in the Recovery Fund framework must be committed during the first two years. 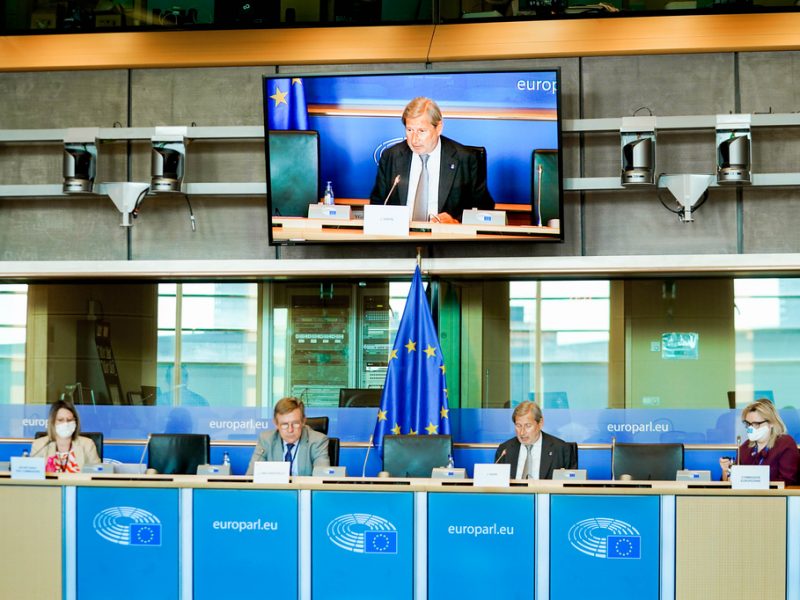 The final deal was not limited only to CAP numbers, but also includes some substantial provisions on how the farming budget will be allocated.

Particularly relevant is the establishment of a crisis reserve fund to cope with the stabilisation of the sector in case of crises affecting the agricultural production.

The tool already existed but has never been used, as triggering it under the previous rules would have resulted in corresponding cuts in direct payments.

The decoupling of this safety net with the reduction in direct payments will make its activation more attractive for member states and farmers.

The crisis fund will comprise €450 million per year and the unused amounts will be carried over into 2021 to set up the reserve.

The external convergence, which was questioned by some member states, will proceed but at a slow pace.

Introduced by the 2013 CAP reform, this concept aims to reduce differences in the average support per hectare after the 2004 Eastern enlargement. This process is designed to gradually allow equal direct payments for all the member states.

The summit conclusion reads that member states with payments per hectare below 90% of the EU average will close half of the gap between their current average direct payments in six equal steps starting in 2022.

Flexibility between the two pillars is set at 25%, with additional transfers by 15% from direct payment to rural development for interventions addressing specific environmental- and climate-related objectives and by 2% for interventions in favour of young farmers.