European Commission Spokesperson Anca Paduraru: "We have full trust in our scientists." [Shutterstock]

According to Belgian press reports, the Brussels government submitted the complaint last Thursday (8 March), claiming there was a breach of the precautionary principle.

Belgium was among the nine member states that voted against the renewal of the controversial chemical substance.

Asked by EURACTIV why the initiative was not taken at federal level, an official from the Brussels Ministry of Environment replied that the Federal Government did not wish to appeal against this decision.

However, it’s still unclear whether the ECJ will accept the complaint considering that it only recognises states.

“Even if the Brussels-Capital Region is not a privileged applicant in the same way as the member states, arguments should demonstrate that the Regulation directly affects the exercise of powers of the Brussels Region in the field of environment,” said Stéphane Vanwijnsberghe, a Counselor at the Office of the Minister of the Environment, Céline Fremault.

On 10 November, the Brussels government banned the use of glyphosate on its territory in line with the region’s “zero pesticides” policy.

Vanwijnsberghe insisted that the regulation did not appear to comply with the precautionary principle, which requires, in case of scientific uncertainty on a risk to health or the environment, the adoption of a precautionary approach.

“The scientific assessments on which the renewal was based have given too much weight to the analyses commissioned and provided by the industry, often unpublished and confidential analyses, and too little to university studies published in peer-reviewed journals,” the Brussels official emphasised.

According to the Brussels government, the scientific assessments appear to be based on the “doubt benefits the substance” principle.

“As long as the causal link between glyphosate and harmful effects is not 100% proven, it cannot be banned. This is diametrically opposed to the precautionary principle,” the official said, adding that the [Agency for cancer research of the] World Health Organisation continues to classify the substance as a probable carcinogen to humans.

However, the UN’s Food and Agriculture Organisation (FAO) and the World Health Organisation (WHO) have approved the chemical, claiming it is “unlikely to pose a carcinogenic risk to humans from exposure through the diet”.

This is in contrast to an assessment by the International Agency for Research on Cancer (IARC), an intergovernmental agency forming part of the WHO, which in 2015 concluded that the herbicide solution was “probably carcinogenic to humans”.

Brussels believes that the renewal decision is not accompanied by adequate mitigation or risk reduction measures.

“The Commission could have decided to limit the approval to farmers only, or only to certain crops. It could even have planned a phasing-out. Nothing has been done in this direction.”

The environment expert made it clear that this move did not aim to deprive the agricultural community overnight of a substance from which it has become largely dependent.

“The intention is, within a period of three years, to demand the phase-out of this substance; this should enable the Commission to review its assessment and, at a minimum, to provide for binding measures to limit the use of glyphosate.

‘We fully trust our scientists’

Contacted by EURACTIV, European Commission spokesperson Anca Paduraru declined to comment on the case itself, but defended the executive’s decision, saying it is fully in line with the precautionary principle.

“The assessment carried out by EFSA and ECHA as well as many other world agencies, concluded that glyphosate is not linked to cancer in humans nor with ecosystem degradation when used in accordance with the conditions of authorisation and in line with good agricultural practice.”

“We have full trust in our scientists,” Paduraru added. 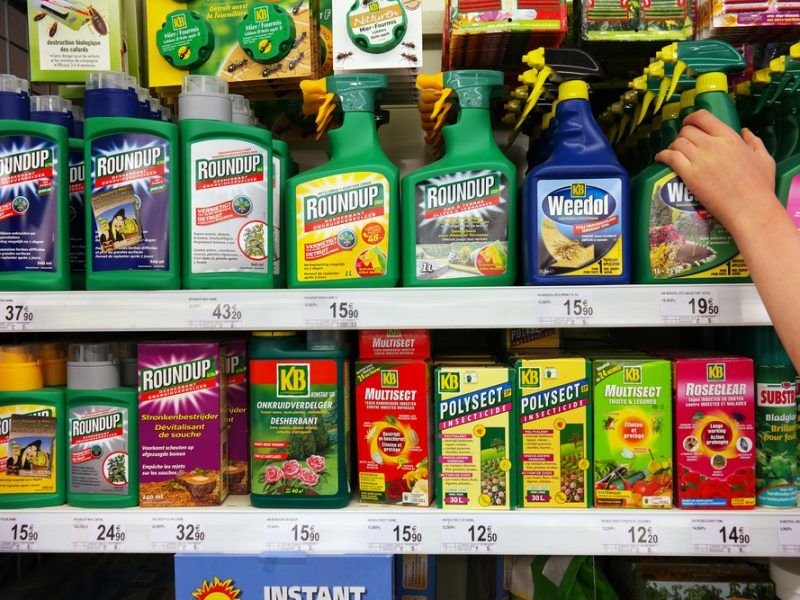 According to Lucas Bergkamp, a partner at Hunton & Williams law firm, Brussels is not eligible to refer the EU executive to the EU Court.

“If the Court were to grant standing, this would create a huge gap in the way private parties are treated – they are generally denied standing when it comes to generally applicable regulations. It would also open the floodgate, as many cities, regions, provinces, and other local governments will want to bring claims, including Catalonia and Scotland,” he told EURACTIV.

He also claimed that the Brussels government had misinterpreted the precautionary principle.