A farmer drives his tractor through a field of rapeseed and sprays pesticides near Ottersberg, Germany, 30 April 2014. [Ingo Wagner/EPA]

The third cause of death in France, air quality is particularly affected by agricultural activity. But it’s an issue that is barely touched upon in the talks on the reform of the Common Agricultural Policy (CAP). EURACTIV.fr reports

Agriculture, indeed, releases particulate matter and other nitrogenous compounds in the air. In France, agricultural activities are responsible for 97% of ammonia emissions, a precursor gas that once in contact with other molecules in the air contributes to the greenhouse effect.

The agricultural sector is both culprit and victim of air pollution, as the sector could also suffer from its consequences. The process of photosynthesis, in wheat, soybeans and cotton, could be affected by the excess ozone caused by nitrous oxide emissions, so much so that the yield of wheat in Ile-de-France could fall by 10% according to the French National Institute for Agricultural Research (INRA).

Left out of the CAP

Air quality is a key component of the European Union’s environmental policy. Directives were made on the issue in the 1980s, and Environment Commissioner Karmenu Vella reaffirmed the importance of this matter at a ministerial meeting on 30 January.

As regards agriculture, European action has focused on limiting ammonia emissions and this resulted in maximum emission quotas in 2016, with France recently being singled out by the Commission concerning those emissions.

However, only a few references to the air quality objective are made in the CAP, the main regulatory framework for agriculture currently being reformed. The ongoing discussions do not mention the link between agriculture and air quality, and the subject did not come up in the results of a public consultation carried out last year by the Commission.

This oversight contrasts with the environmental shift the CAP took in 2013, when it was last reformed. Environmental objectives had been added to the criteria for allocating agricultural subsidies, on the polluter-pays principle. These criteria mainly concern the preservation of natural habitats and leave out the question of air quality.

The idea of making help conditional is already causing opposition. Rik Vandererven, the head of the Territorial and Agri-Environmental Actions Bureau, who represented the ministry of agriculture at the conference, clearly stated his opposition to such a measure.

“The ministry ’s main objective is to focus increasingly on making aid for major challenges conditional. We have no plans at present to introduce conditions for CAP aid for air quality”, he stated.

“We come back to the same type of discussion about what type of conditions should be applied, and how to direct aid”, said Charlotte Lepitre, organiser of the Health Environment network, adding that the same question was asked about pesticides during the last CAP reform, an idea which was subsequently abandoned. 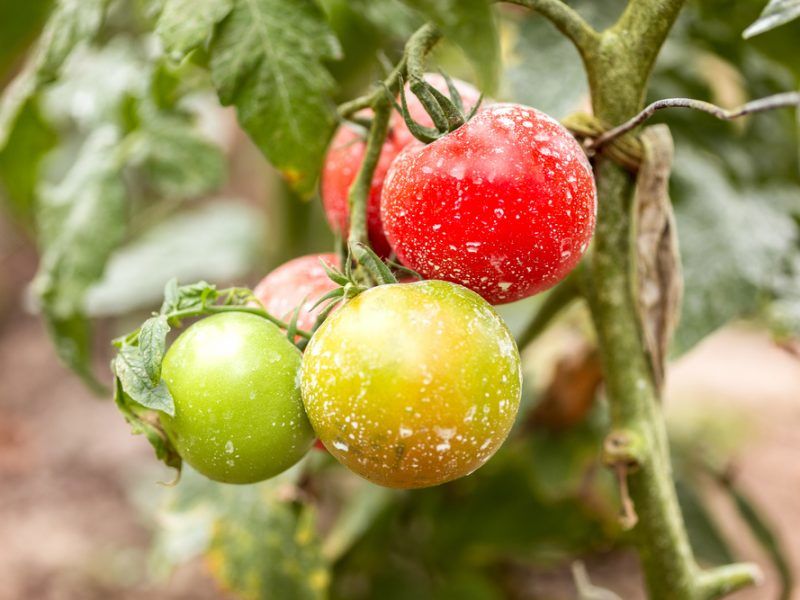 Pesticides are another form of air pollution generated by agricultural activities. At present, there is little monitoring of the level of pesticides in the air due to limited research on the matter, although these levels are subject to regulation at national and European level.

Research programs on the subject are only just starting, as awareness on the subject was slow to develop in contrast to the one on phytosanitary products in water. A pilot phase will be carried out throughout France to measure the average exposure of the French population to these products, in the air, in water and in food.

Guy Bergé, president of ATMO France, welcomed this “integrated” approach, which takes into account various types of pollution and which should allow for better regulation,  at European level too.

“We increase the level of knowledge and once it has reached a certain point it will certainly be necessary to regulate it, provided that we give alternative solutions to farmers.”

On the subject of the CAP, the president of ATMO France stressed that “we must, of course, have a regulatory framework and an incentive framework, with maybe financial aid, but we must also provide a framework for experimentation and freedom. (…) Science has evolved by trial and error and I believe that in this area we must also be able to try and test.”

2 responses to “CAP reform – what about air quality?”