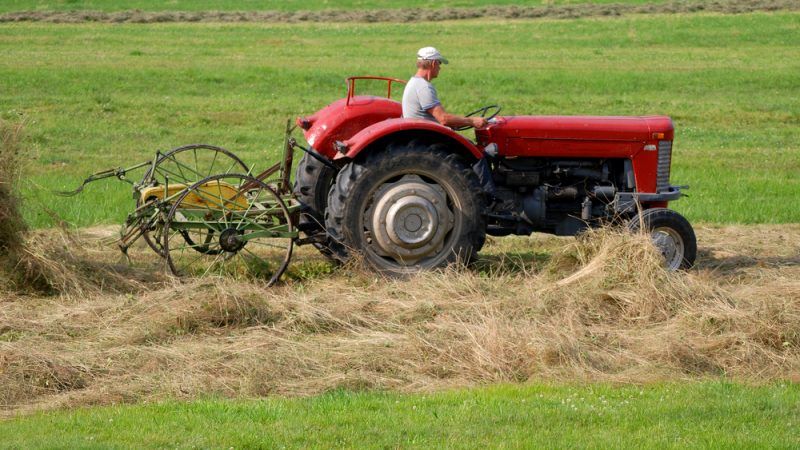 The European Commission, mainly under Commissioner Phil Hogan, has taken a number of steps to cut the red tape in the CAP the last ten years. [Shutterstock]

Last year’s public debate about the European Commission’s drive to streamline the Common Agricultural Policy (CAP) made clear that the EU’s flagship subsidy project is too bureaucratic and complex to be truly effective.

The Commission did take its cue from the public consultation and has put forward a plan to give more powers to the member states, so they can adjust and simplify their agricultural policies in their own way.

But this should not put the integrity of the EU single market to the test, or simply pass the buck to the national capitals, an expert told EURACTIV.com.

“The Commission has to make sure that the EU internal market will be safe and that there is level playing field among farmers across Europe,” said Luc Vernet, an agricultural expert of the think tank Farm Europe.

In its much-discussed communication on the future of agriculture published in December 2017, the Commission proposed further simplification by granting the member states “more room” to address their specific conditions.

“A future delivery system should thus be more result driven, boost subsidiarity by giving member states a much greater role in rolling out CAP schemes, pursue agreed realistic and adequate targets, and help to reduce the EU-related administrative burden for beneficiaries,” the communication reads.

Vernet explained that what is really needed to put in place a simpler policy is to lay down the vision and the objectives.

“We need at the EU level a core set of EU laws with clear objective and ambition,” he said. “When we have this core guidance, we can give room to the member states and also the farmers to come up with better ideas with their experience on the ground.”

If this is not the case, he warned, then the EU single market risks being distorted.

“If a member state decides to put rules on its milk sector because it faces challenges in terms of emissions, and in another member state this is not the case, then we will have a divergence and economic competitiveness will be negatively affected,” Vernet emphasised.

The farming community in Europe claims that its obligations have dramatically increased. However, the administrative burden is also mounting, making it difficult for them to cope with the rising challenges.

The European Commission, under the guidance of Commissioner Phil Hogan, has taken a number of steps to cut red tape in the CAP in the last ten years.

But the complexity of the process, combined with the increasing challenges, made the exercise difficult for the EU.

The EU executive stressed that farmers’ income support would be conditional on environmental practices, which would be further defined by the member states in order to “better take account of their specific situation, climate risks and needs while ensuring that these practices adequately contribute to the objectives agreed at EU level.”

The same flexibility will also be applied to management, controls and sanctions.

EU farmers welcomed the fresh simplification proposals but warned against a “re-nationalisation” scenario.

Speaking to EU farm ministers at the Agrifish Council on 19 February, Commissioner Hogan made clear there was no intention to “re-nationalise” the CAP and defended the new conditionality, saying the executive was not proposing to “completely reinvent the wheel”.

“The additional flexibility given to the member states to translate EU standards into national rules will allow those rules to be adapted to local situations,” Hogan said.

No guarantee for a simpler CAP

However, not everyone is convinced about the effectiveness of the Commission’s proposals.

For Vernet, there is not a single guarantee that the system will be simpler than it is today for two reasons.

First, he noted, the Commission wants to transfer the main decisions and regulation to the national level, rather than to farmers’ level.

“This means that the weight of simplification and finding good ideas to simplify the system will mainly remain on the member states and it will be a way for the Commission to say: ‘it’s not up to me but up to member states; so farmers, go complain to your ministry’.”

Furthermore, the French expert said, the executive’s communication also suggest adding a new layer of administrative burden, by considering the idea of transferring the budget responsibility to the member states.

“At the end of the day, it’s a common policy with performance and results and control from the EU. The EU will control the member states and the member states will have to make sure that they spend the EU money correctly.”

One scenario, he said, could be that the member states will introduce a very complex controls’ system to secure their budget. Alternatively, they could end up with less strict controls and eventually risk losing the funds.

“But this does not mean it’s impossible to have a simple policy.”