The Finnish presidency gathered EU farming bosses in Helsinki on Tuesday (24 September) to emphasise the role of those measures helping to reshape farmers role in addressing climate issues. [EU Council]

With around 51 billion tonnes of CO2-equivalent removed from the atmosphere and stored in the topsoil of agriculture land during the photosynthesis process, carbon sequestration is considered a key measure in both climate mitigation and adaptation.

Some of the most effective carbon sinks are grasslands and permanent pastures, as well as agricultural land located on peatland and other organic soils. Good farming practices, such as crop rotation and afforestation, can also have a role in keeping farming carbon neutral.

The current Finnish presidency gathered EU farming bosses in Helsinki on Tuesday (24 September) to emphasise the role of those measures in helping to reshape the role farmers can play in addressing climate issues.

“Our intention is to bring Europe at the forefront of our fight against climate change,” said Finnish Agriculture Minister Jari Leppä, unveiling Finland’s hope to increase awareness on carbon sequestration and encouraging member states to take concrete steps in this direction.

Ministers discussed how to best support carbon capture through the post-2020 Common Agricultural Policy (CAP), with the aim of bringing forward this tool as one of the best ways of decreasing emissions.

In particular, Leppä asked his colleagues whether the current CAP proposal presented by the European Commission in June 2018 provides a suitable framework to improve the stock of CO2 in plants and soil and whether they foresee specific measures in the CAP strategic plans to support this objective.

According to the ministers, the post-2020 CAP proposal is a good starting point in addressing the issue, but they said they wanted more flexibility when it comes to target measures on carbon capture storage.

“One size doesn’t fit all,” said Agriculture Commissioner Phil Hogan, agreeing with ministers on the need to pick the right tool for each EU region to reach climate goals. Even the Finnish presidency said grasslands and carbon crops are just one of the main options available.

During the round table, France and Spain, also backed by the Commission, asked to establish some kind of targets on a voluntary basis regarding carbon soil capture. 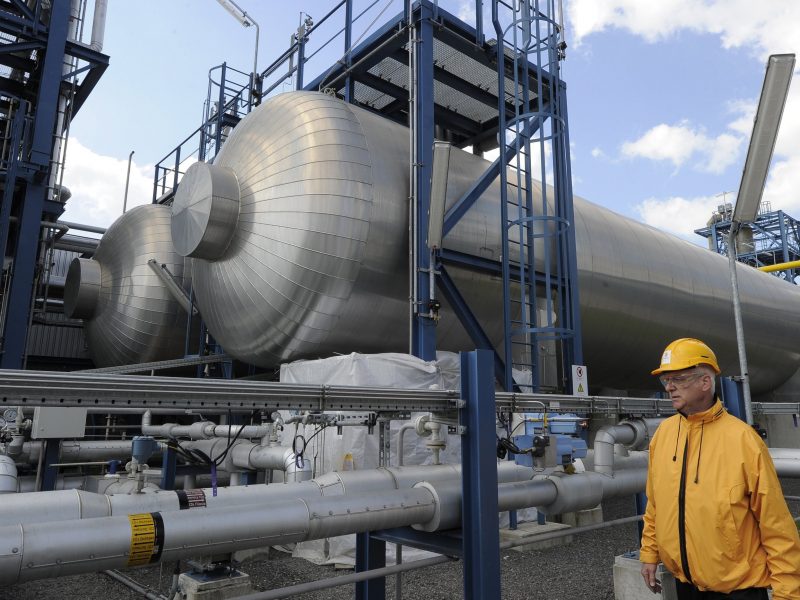 An EU source said they also appeared to go in the same direction, saying farmers should not be blamed for climate and insisting on carbon stock capture as a good example of how farmers could not only reduce but even actively contribute to fighting climate change.

Overall, the EU farming ministers agreed the Commission’s proposal contains the necessary tools to make agriculture a part of the solution for responding to the challenges.

“There’s a growing realisation by ministers of agriculture today that our proposal, which was deemed to that time to be somewhat ambitious, are now actually necessary in the context of climate change,” a satisfied Hogan said at his last informal meeting as the agriculture Commissioner.

For Hogan, the CAP designed by the Commission gives a “robust and flexible framework” to the countries to elaborate “effective intervention strategies.”

However, the current state of play in carbon sequestration shows limits and uncertainties that should be overcome, the Finnish presidency highlighted.

More research, scientific experiments and long-term measures are needed as the challenge on how to measure carbon sequestration is still open, while unfavourable changes in farming practices and land use may also reduce the efficiency of the actions taken.

More than one ‘first time’

The informal agriculture meeting in Helsinki will also go down in history for being the first one with an environmental NGO, the European Environmental Bureau  (EEB), invited to take the floor at the table of ministers.

“I want to encourage you to keep engaging with environmental stakeholders like you did today,” Jouni Nissinen, EEB’s president, told the meeting.

The NGO representing 30 millions of EU citizens pointed out its proposal to dedicate half of the CAP budget to incentivising and rewarding farmers who choose to adopt farming practices which benefit the environment, wildlife and the climate.

For the first time, ministers and other people in the room were asked to share their views through the mobile application menti.com by replying to questions on carbon sequestration and climate change. “It worked quite well,” a Finnish source said.

It was also the first informal meeting with no political presence or diplomats representing the UK, as they communicated that their presence would depend on the topic on the agenda, on a day-to-day basis.

Also, Norbert Lins, the chair of the European Parliament’s agriculture committee, was invited and spoke before the ministers, while Italy’s agriculture minister, Teresa Bellanova, made her first appearance after the new government was established in Rome.