German MEPs will carry the most significant weight - not least because Germany sends a slightly higher number of experienced MPs to Brussels and Strasbourg. [DOSSMANn/EP]

The revised law follows the controversy surrounding the safety evaluations of disputed products such as glyphosate and falls under the European Commission’s plan to reform the GFL, which established the European Food Safety Authority (EFSA) back in 2002 and introduced the risk analysis principle to EU food law.

After GFL’s fitness check was launched in 2014 and completed in January 2018, the EU executive presented last April new proposals that grant EU citizens greater access to information submitted to EFSA and boost transparency.

The new rules, for instance, introduce an obligation on EFSA to make the studies submitted as part of the application process for the approval of pesticides publicly available.

However, some information such as the manufacturing or production process may be kept confidential, although this will only be granted to a list of non-safety related information items and companies can prove that they would suffer commercial harm if the information would be in the public domain.

“We have managed to find a reasonable balance between transparency and the interests of the industry, in order to continue promoting innovation in the EU food sector,” said the Spanish centre-right rapporteur Pilar Ayuso, at her last appearance in the hemicycle.

Ayuso replaced the original rapporteur Renate Sommer, who decided to quit the file after MEPs voted down her approach.

He also acknowledged the EU institutions’ efforts in concluding successfully the legislative process, but he warned that the important work is not yet over.

“We still require the political commitment to secure the resources that we will need to implement the new measures,” Url warned.

The EU crop protection industry already made a global commitment in March 2018 to make safety-related studies publicly available, recognising the demand for increased transparency in the approval process.

“We have nothing to hide and we hope that this new legislation, once formally adopted by the Council in the coming weeks, will help increase trust in the approval process in Europe,” said Taylor.

The new legislation will, however, have a large impact not only on pesticides but on all agri-food supply chain authorisations.

FoodDrinkEurope supported the objective of improving transparency in the EU risk assessment model and strengthening EFSA.

The EU food and drink industry welcomed initiatives introduced to protect innovation within the EU risk assessment model, as it has previously expressed concerns on the potential impact on the competitiveness of the EU companies.

Europe’s largest biotech association, EuropaBio, also welcomed efforts to improve transparency but also stressed the EU must do a lot more to improve the efficiency of the system and risk communications.

“Science and fact must take precedence over fear and misinformation,” said Joanna Dupont-Inglis, Secretary General of EuropaBio, adding that it is crucial that science and facts are communicated properly and consumers should be able to rest assured that their food is safe. 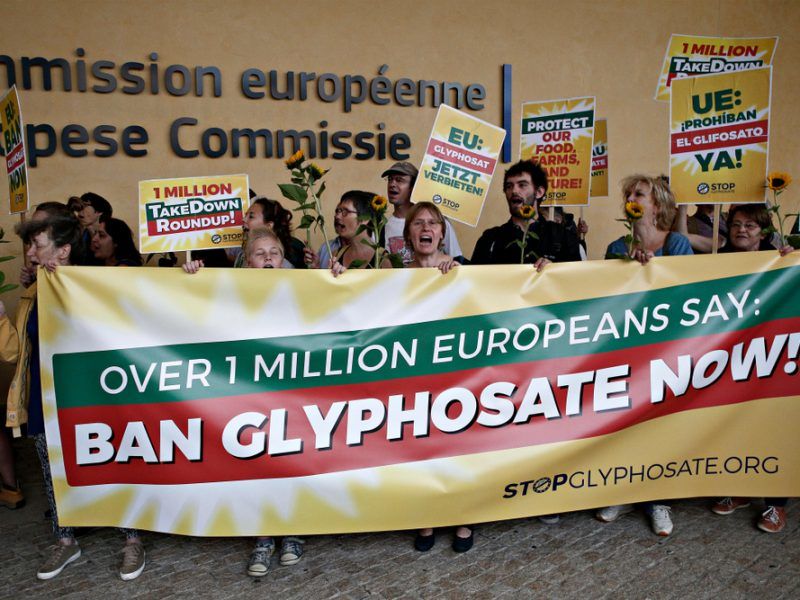 “With these new rules, the EU is taking transparency to the next level. It was high time the EU stopped the secrecy around the studies EFSA relies on for its assessment of substances that end up in our food,” commented the director general of the EU umbrella consumers’ group (BEUC) Monique Goyens.

In particular, BEUC welcomed the set of a publicly accessible database managed by EFSA with the list of all the safety studies commissioned by the industry in the context of its application for an authorisation.

NGO Corporate Europe Observatory (CEO) also appreciated the setting of this register as an effective tool against corporations cherry-picking studies that favour a product’s market approval, they said in a press statement.

“A decade of efforts and an exceptional citizens’ mobilisation around the glyphosate scandal have finally led the EU to patch one of the most glaring flaws in its food safety system,” said Martin Pigeon, CEO’s agribusiness researcher.

According to the NGO, the reform still doesn’t address the fact that companies control the production of regulatory data that the whole process around market authorisation remains a complete blind spot.

“Positions and votes of the member states on whether or not to approve regulated products for the EU market remain completely opaque, allowing EU governments to blame the EU when, in fact, they have the final say, as was in the case with glyphosate,” concluded Pigeon.