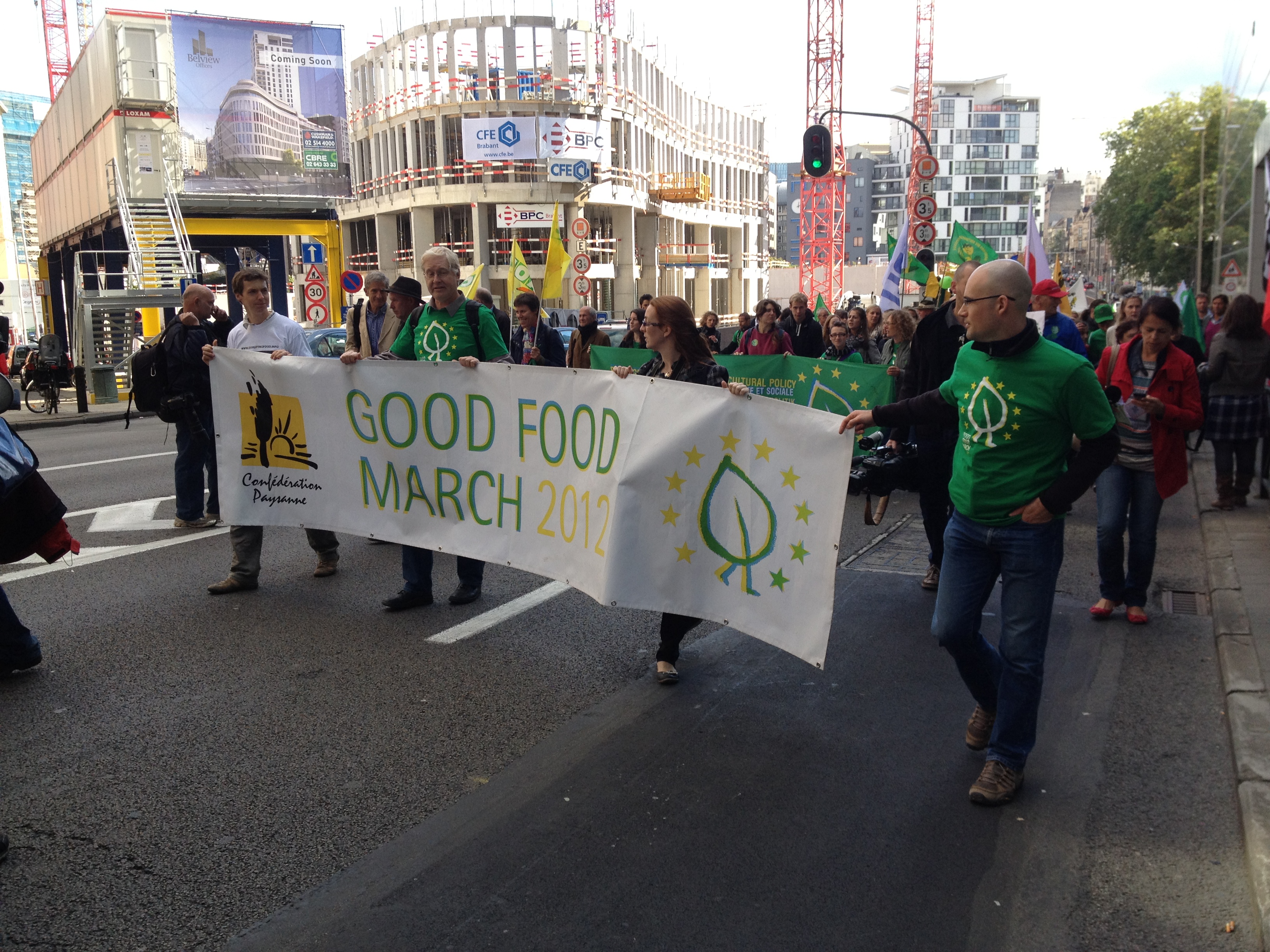 Dacian Ciolo?, EU commissioner responsible for agriculture and rural development, assured environmental groups on Wednesday (19 September) that their voices were being heard as negotiations on the EU's Common Agricultural Policy (CAP) reform were entering a decisive stage.

At a conference at the European Parliament organised by the groups Slow Food and ARC2020, the Romanian Commissioner was presented with requests for the CAP including supports for family farms, reinvestments of public money into public goods and a rejection of food speculation.

The CAP, which is the EU's largest budget programme, is currently being debated by decision-makers in Brussels, including, for the first time, the European Parliament.

The conference was the first joint public event held between the European Parliament and the Council of the European Union on the future CAP.

Ciolo? told the audience that their involvement in reforming the CAP is important, and that he from the start of the negotiations had wished a very public consultation.

"The CAP reform will be a result of give and take, a compromise. We are in a very diverse society, but this compromise should not be developed behind closed doors. It should be transparent," Ciolo? said.

Consumers and farmers should have good relations

The Commissioner stressed that it will be important to re-establish good links between farmers and the mainstream society. In the past these links were natural, but now things have changed and people living in cities have no relations to the farmers, Ciolo? said.

There is currently opposition between the interests of consumers and farmers, and both groups must do what they can to get these relations back, he said.

"When the farmers change the farming process, they should let society know because it has an impact not only on the products, but also on the soil. We must restore the mutual confidence between farmers and the rest of society," the Commissioner said, adding that consumers actually have a lot of power when they buy food products whether they decide to go for the cheapest price or a sustainable product.

The chair of the Parliament's Committee on Agriculture and Rural Development, Paolo De Castro, said the CAP debate so far had been "tense".

"Agricultural policies are in a very important challenge. The theme of food security has become an important priority. We need to use the resources in a very sustainable way. We have to find a balance between the economic aspects and the environment," De Castro stated.

In Brussels, farmers and consumers from more than 20 European countries took part in the final day of the Good Food March organised by a string of environmental groups to protest the current CAP proposals by the Commission.

Some 100 protestors chanted "Good food, good farming" as the march ended in front of the Parliament.

One of the protestors, Annemiek Schravesande, held a sign that read "No factory farms" and was dressed as the Muppet Show's Miss Piggy.

"Why am I Miss Piggy? Because as a pig, I like to have a lot of space when I roll in the mud," she joked.

"I want this policy to focus on environment and animal-friendly agriculture. I hope today that the politicians will listen, but I don't know if they are going to act. At this moment, the policies are more about short term interests. With the financial crisis I think it's going to be hard to get the politicians to invest in long term solutions," Schravesande told EURACTIV.

Adrian Bebb, a food campaigner from the NGO Friends of the Earth Europe, said the protest march delivered the message by consumers and farmers that the CAP reform is not going in the right direction.

"We are still going to end up with an agriculture policy which is going to destroy nature, the environment, jobs and rural communities. We want to say to the European institutions that enough is enough," Bebb told EURACTIV.

"Our message is that we want good food and good farming," Bebb said.

The food campaigner added that his organisation would like to see a bigger support for small farming, and that farmers should get better support for rotating their crops and for growing feed crops in the CAP reform.

Geneviève Savigny, a farmer from France and a spokesperson for the European Coordination Via Campesina, said: "The Good Food March is the biggest gathering of citizens calling for a radical change of direction in European food and farming policy in the last years. It has attracted people from across Europe, sending a very powerful message to decision-makers that people want a better CAP which ensures all farmers can stay in business and there is good food for all."

Regine Holloh, a young goat farmer from Germany and organiser of the Good Food March, who had cycled all the way from Munich to Brussels continued: "We have travelled 900 kilometres from Munich to Brussels to say the time is right for a new policy so that we young farmers have a chance to supply the people in Europe with greener, better and fairer food. The European Parliament and European Commission must support good food and good farming, and put these ahead of the interests of the food-industry lobby."

Stephen Meredith, policy advisor at IFOAM EU Group, added: "EU agriculture policy affects our environment and the social and economic future of farming and rural communities. We need real and meaningful change to respond to long-term sustainability challenges. The European Parliament must show leadership and ensure there is transparent and inclusive decision-making on the CAP which takes into account the opinions of all parliamentarians and all relevant Committees representing different, but equally important, perspectives."