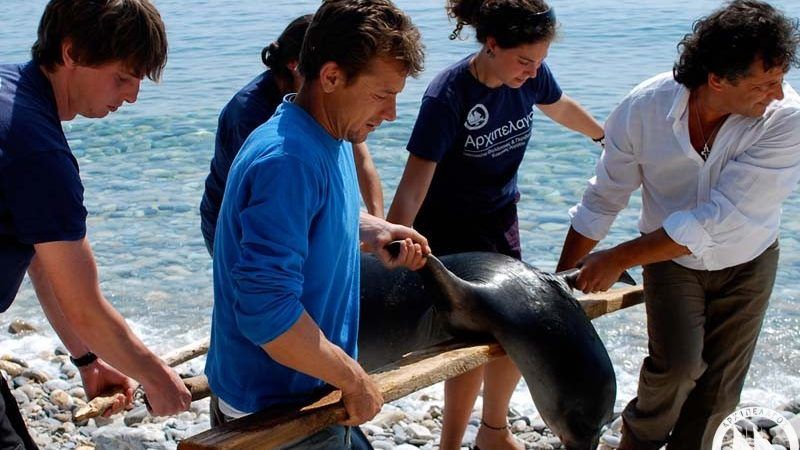 Tsimpidis: "We are talking about specific people who are well-known by the local authorities." [Archipelagos]

According to the Institute of Marine Protection Archipelago, mass killings in the Aegean Sea are taking place.

The institute reports that it found turtles with their heads cut off (such as the endangered Caretta Caretta loggerhead sea turtle), seals which were shot, as well as stabbed dolphins.

Contacted by euractiv.com, Thodoris Tsimpidis the president of the Institute of Marine Protection Archipelago, said that these violent incidents are a chronic problem in the region.

He explained that expensive speedboats, which carry explosives, are used to kill fish, and then collect their carcases from the surface.

In some cases, Tsimpidis said, the violence is coordinated and the guilty cannot be identified.

“Someone throws the explosives and leaves […] then another one comes to pick (up) the fish and cannot be proved to be guilty,” he noted.

“We are talking about specific people who are well-known by the local authorities. But islanders are afraid of making an official complaint as they are threatened,” he said, adding that in Koufonisia islands there are in total 80 fishermen and just 2 people “burn (the) whole region with explosives”.

European Commission spokesperson Enrico Brivio told EURACTIV that the executive was aware of these incidents.

“Some species (sea turtles, monk seals) are listed as strictly protected under EU rules and their killing is a criminal offence,” Brivio noted.

“Member states need to ensure that they are punishable by effective and proportionate criminal penalties. It is their responsibility, in the case of the incidents in question, to identify and punish the authors of the crimes and take measures to prevent them from happening again,” Brivio added.