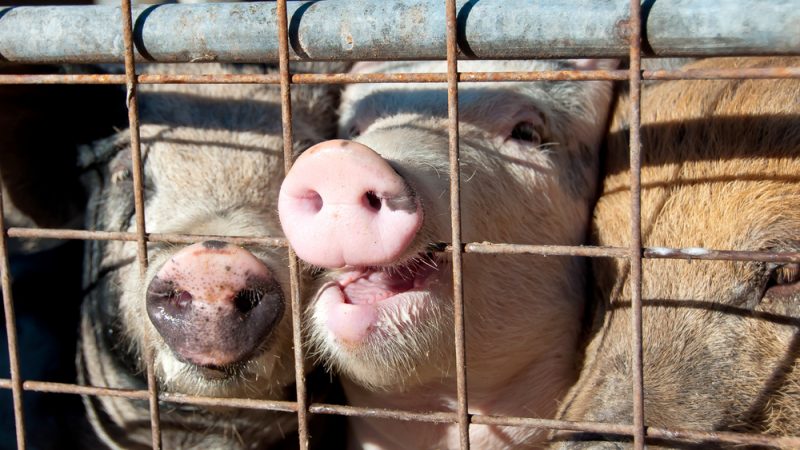 The end goal is “crystal clear”, according to Health Commissioner Stella Kyriakides, who stressed the aim is for a “cage-free environment, for millions of animals”. [SHUTTERSTOCK]

On Wednesday (30 June), the Commission set out a commitment to come up with a legislative proposal by 2023 to prohibit cages for a number of farm animals as part of the ongoing revision of the animal welfare legislation under the EU’s flagship food policy, the Farm to Fork Strategy.

While this will be scientifically backed up via support from the European Food Safety Agency (EFSA), the end goal is “crystal clear”, according to Health Commissioner Stella Kyriakides, who stressed the aim is for a “cage-free environment, for millions of animals”.

The Commission intends to work towards the proposed legislation entering into force from 2027, subject to the necessary impact assessments and phasing out periods, she confirmed.

Calling this an “historic day” for European citizens and for animal welfare in Europe,  Kyriakides said the EU has a “moral, societal responsibility to ensure that on-farm conditions for animals reflect this”.

Concretely, the Commission’s proposal concerns animals already covered by legislation on cages, which includes laying hens, sows, and calves, as well as other animals such as rabbits, pullets, layer breeders, broiler breeders, quail, ducks and geese.

The move comes in response to a European Citizens’ Initiative (ECI), “End the Cage Age”, which gathered more than a million signatures calling for a transition to a cage-free farming system.

This initiative “confirms that this transition also responds to a societal demand for more ethical and sustainable farming,” said EU Commissioner for Agriculture, Janusz Wojciechowski, who stressed that a sustainable food system “cannot exist without high animal welfare standards”.

“Thanks to our citizens, the Commission will be even more ambitious in this regard and phase out the use of cage systems for animal farms,” he said. 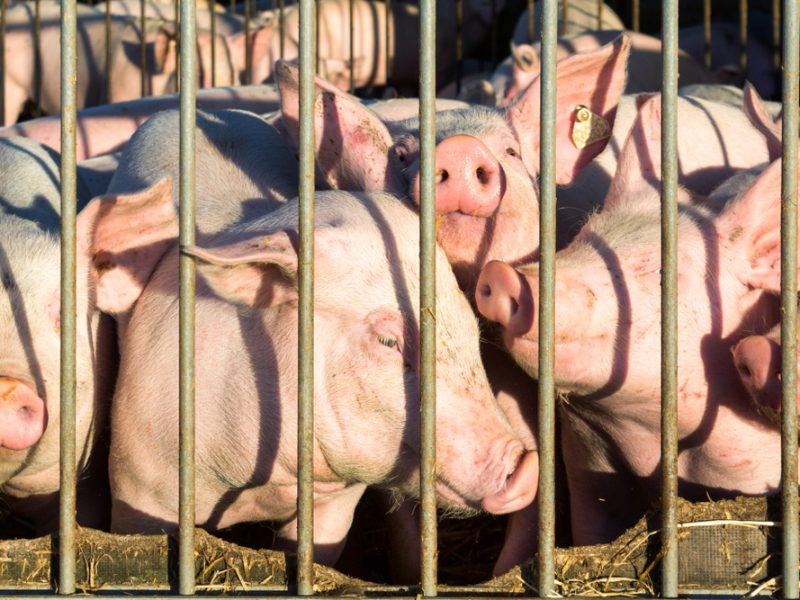 The move was widely welcomed by civil society organisations, who have long been campaigning for an end to the use of cages in farming.

Olga Kikou, head of Compassion in World Farming EU and one of the citizens leading the ‘End the ECI, said this was a “big step to leave a legacy for animals”.

“It feels like one of these moments in history when the tide is turning,” she said, adding campaigners will “stay focused on the European institutions until they deliver on this ambition”.

Pierre Sultana, director of the European policy office at campaign organisation FOUR PAWS, said this announcement is a “monumental win for farm animals in the European Union” and urged member states to support the proposed ban and help the EU to become a “pioneer” in farm animal welfare.

The move has also been welcomed by a number of EU lawmakers, including Green MEPs and long-time animal rights advocates Francisco Guerreiro and Tilly Metz, who said the Commission can count on support from their party to achieve its ambitions.

I welcome @EU_Commission's announcement that they'll deliver a proposal by 2023 to, finally, #EndTheCageAge. @SKyriakidesEU is on the right side of History and today is a great day for animals. 🐷🐰🐄🐓🦆🦃

Count with the @GreensEFA to be in the forefront of this objective. pic.twitter.com/SNN0XJ4DPq

However, the end of the use of cages will require radical changes to current farming systems, raising concerns from farming associations.

Morgan Ody, a member of farmers’ association European Coordination Via Campesina (ECVC) coordinating committee, warned that to make this kind of change viable, it is essential that “much-needed socioeconomic support and legislative measures are put in place”.

Pointing out that the prices farmers receive “often don’t cover costs,” she stressed that the Commission “must commit to ensuring farmers receive fairer prices for their products”, especially if production costs are increased by complying with EU legislation.

Meanwhile, EU farmers association COPA-COGECA warned that, given the need for concrete and technical proposals to further make an assessment, committing to the 2027 timeline is “not realistic”.

“We have to take into account that the different livestock sectors have diverse needs and economic preconditions, both in terms of producer prices and necessary investments,” the spokesperson said.

But the Commission maintains that farmers would be supported via various mechanisms in the new Common Agricultural Policy (CAP), such as the new eco-schemes instrument, which will help farmers upgrade facilities in line with the new standards.

The Commission also pointed out that member states can draw from the Just Transition Fund and Recovery and Resilience Facility to support farmers.

EFSA said that, following a request by the European Commission, it is preparing scientific opinions on the welfare of animals kept for farming purposes, which will consider poultry (including laying hens and chickens reared for meat), pigs and calves. These will be available in the course of 2022 and in early 2023.

A public consultation will also be carried out at the latest by early 2022, while the Commission will publish an impact assessment on the socio-economic and environmental implications of the ban before the end of next year.

These will be used to assess the feasibility of working towards the proposed legislation entering into force from 2027.

In parallel, the Commission will seek specific supporting measures in key related policy areas, such as trade.

This is crucial, according to COPA-COGECA.

“We think that the EU must ensure the reciprocity of standards between imports and products produced in Europe,” they said, warning that  an EU policy of double standards will have a “devastating impact on farmers”.