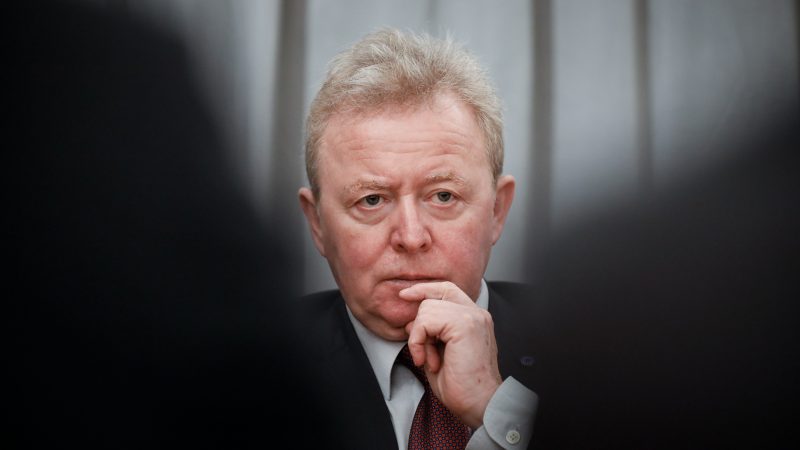 The European Commission gave in to the pressure from EU lawmakers and the agri-food industry and announced exceptional market measures on Wednesday (22 April), after having said there was not enough money left for their deployment less than a week ago.

The Commission announced that it prepared a short-term package of three delegated acts and nine implementing acts for adoption, as it needs member states to rubber-stamp the measures.

The package aims to address already observed disturbances, as well as future risks to agricultural markets, and includes the private storage aid (PSA) for dairy and meat products and flexibility for some market support programmes, as well as exceptional derogation from EU competition rules that will allow operators to adopt self-organisation market measures.

The Commission’s priority is to send the right message to the sector and to provide relief to the hard-hit sectors, EU executive sources told EURACTIV.

The sources confirmed that private storage aid for cheese will concern a maximum amount of 100,000 tonnes, but for other measures, no further details with respect to quantities can be provided since this information is prone to distorting markets.

Final amounts will also depend on the uptake of the measures, which are subject to change in the consultation with the EU countries, so the Commission will formally unveil full details of the proposals once they are adopted.

A traditional form of public EU intervention in the agri-food sector set up in the Common Market Organisation (CMO), the private storage aid consists of removing temporarily products from disrupted markets with the aim of reducing a short-term oversupply and restoring a certain balance in the long-term.

The Commission also proposes to trigger other exceptional measures set up in the Common Market Organisation (CMO) regulation, which constitutes the safety-net for farmers in case of market crises.

In particular, the EU executive put forward implementing acts to authorise derogation from competition rules under Article 222 of the CMO Regulation, which allows sectors particularly hit by the crisis to put in place market withdrawal or free distribution of their products and storage by private operators for a period of maximum six months.

These measures are proposed for the potato and flowers sectors, while in the milk sector only the temporary planning of production is taken into consideration.

Lastly, the Commission asked to introduce flexibility in the implementation of market support programmes for wine, fruits and vegetables, olive oil, and apiculture, as well as in the EU’s school scheme designed to help children follow a healthy diet by bringing fruit, vegetables and milk in schools.

The proposals were unveiled only one week after Agriculture Commissioner Janusz Wojciechowski told MEPs the European Parliament’s Agriculture Committee (COMAGRI) that the current budget for PSA and other market measures was too tight.

He also said that market intervention measures are originally designed to fix occasional problems in one or a few markets at once, but the scale of the current crisis outdoes the possibilities of the current budget.

“This is why we are looking for other sources of assistance,” Wojciechowski said, adding that the lack of market measures does not mean farmers are left to fend for themselves.

In reaction to Wojciechowski’s hearing, all EU-27 farm ministers called in a joint statement agreed last Friday (17 April) for activating the PSA to support those agri-food sectors where significant market disturbances and price impacts due to the COVID-19 crisis have been assessed.

On the same day, MEPs in the COMAGRI wrote a separate letter to Wojciechowski, asking the EU executive to activate emergency clauses and directly intervene in the agricultural markets.

Squeezed by EU lawmakers and the industry, the Commission gave in and proposed the short-term package, although the market measures put forward are not the same as those demanded in previous days, and the budget is quite small too.

Contacted by EURACTIV, sources from farmers organisation COPA-COGECA confirmed that they have welcomed the measures as a first step but underlined that further action will be needed.