“The bioeconomy is a very important subject that requires EU-wide action and it is now stating explicitly as part of the 9 EU objectives” of the reformed CAP, Hogan said.

The EU Commissioner for agriculture and rural development was answering a question from EURACTIV.com at the conference Our Forest, Our Future in Brussels last Friday (26 April).

Through national strategic plans laid down in the proposed CAP, all member states will outline how they want to meet these 9 EU-wide objectives, including the promotion of the bioeconomy, using the CAP tools.

Hogan pointed out that EU countries are required to submit proposals on how to expand the bioeconomy’s role in agriculture and in all bio-based industries.

According to the EU’s agriculture boss, EU member states will have more freedom under the Commission’s proposal for the future CAP. This freedom will allow them to focus on their bioeconomies and help them meet the higher ambitions of the future policy on the environment and climate change.

“A sustainable bioeconomy is also hugely important for reducing emissions in the EU,” said Hogan, mentioning bioenergy’s contribution to help meeting renewable energy targets for 2020 and 2030, but also to substitute fossil-based materials in sectors like construction, plastics or textiles.

The Commission’s bioeconomy strategy was initially conceived seven years ago as a way to encourage Europe to be less dependent on petroleum. The updated strategy presented last October expanded its action plan to develop a sustainable and circular bioeconomy from mainly biofuels to any kind of bio-based industry.

Now the strategy looks more at the circular economy as well as sustainability. The three goals of the strategy, as stated by the Commission, are to strengthen and scale up the bio-based sectors, unlock investments and markets, deploy local bioeconomies rapidly across the whole of Europe and understand the ecological boundaries of the bioeconomy.

The Commission’s action plan also promotes the uptake of national bioeconomy strategies, setting up tools such as the European bioeconomy policy support facility, as well as a European Bioeconomy forum, in order to help EU countries develop their own strategy.

“We need a bioeconomy strategy that can be implemented in every member state,” Hogan said.

“For the past 4 years at the EU level, I have put the bioeconomy centrally in the agricultural policy discussions of the future,” said Hogan.

According to Hogan, the European Parliament agrees that the bioeconomy can be a win-win for farmers and cooperatives when it comes to creating jobs in rural areas and  providing a new source of income for farmers.

However, the three reports that together form the entire CAP structure were approved only by the agriculture committee of the European Parliament, without reaching the plenary stage.

It means that it will be up to the Conference of Presidents of the next Parliament, after the EU elections in May, to decide whether to forward the draft report directly to the plenary or ask the next agriculture committee to start from scratch instead.

“We have tried our best to get member states and farmers focused on this for the future,” Hogan said. “And now, for the first time, I think we are succeeding.”

Hogan hopes member states will make their own initiatives and that the discussions with the Romanian presidency will be successful and help farmers and producers see the potential of the bioeconomy. 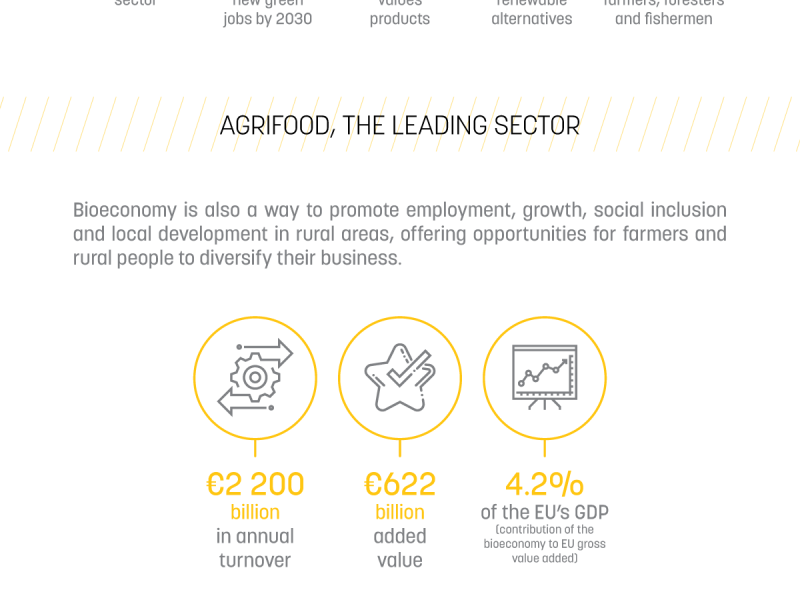