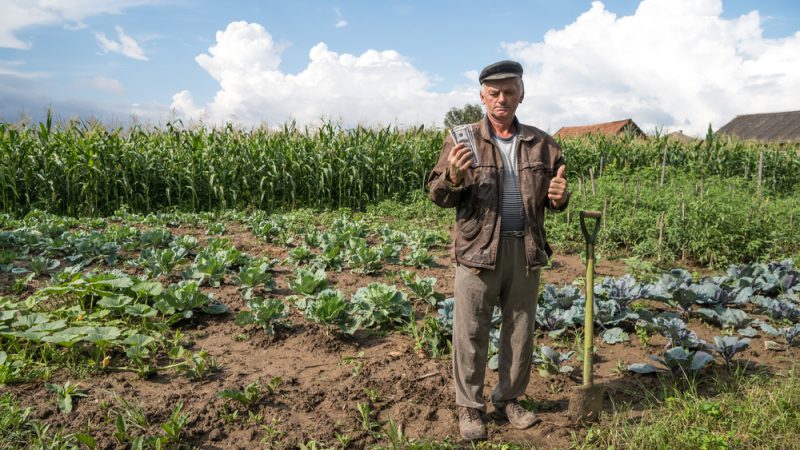 The Commission has made a U-Turn compared to its 2018 CAP proposal, where the rural development fund was hit by severe cuts, falling by roughly 30% compared to the 2014-2020 CAP budget. [SHUTTERSTOCK]

On Wednesday (27 May), the Commission suggested increasing the amount allocated in the bloc’s farming subsidies by €24 billion compared to the Common Agricultural Policy (CAP)’s bid presented in June 2018.

The adjustment positively affects the rural development fund – the CAP’s second pillar – with an increase of €15 billion provided by the ‘Next Generation EU’ rescue plan and €5 billion from the updated multi-annual financial framework proposal (MFF).

The proposed budget allocation for the second pillar is now €90 billion, while direct payments to farmers and market-related expenditures, which together form the first CAP pillar, would increase by an additional €4 billion, for a grand total of €258 billion.

The Commission has made a U-Turn compared to its 2018 CAP proposal, where the rural development fund was hit by severe cuts, falling by roughly 30% compared to the 2014-2020 CAP budget.

However, the new proposal still represents a decrease of around 10% compared to EAFRD spending for the current programming period.

The chair of the European Parliament’s agriculture committee, German MEP Norbert Lins, welcomed the hiked EAFRD as higher ambitions and increased demands must translate into higher funding for agricultural and rural development measures.

“Our position has not changed: we insist that the post-2020 budget for the EU farm policy must in no way be smaller than the current one,” Lins said.

According to the Commission, the increase of the rural development heading will support farmers and rural areas in making the structural changes necessary to implement the European Green Deal and, in particular, support the ambitious targets set by the new biodiversity and Farm to Fork (F2F) strategies.

Unveiled last week, the F2F is the EU’s new landmark food policy made up of 27 actions that will aim to make the European food system a global standard for sustainability.

The F2F has been put “at the heart of the European Green Deal,” the official communication reads, but Commission Executive Vice-President Frans Timmermans highlighted that it is also “a central element of the EU recovery plan”.

Katerina Vrublova, a senior policy advisor at the farmers’ organisation COPA-COGECA, hailed on twitter the boost in the rural development spending, which will be much needed in the years to come as they will be adjusting to the new post-crisis reality.

However, for Greenpeace, the addition to rural development funds is a bit of eco-friendly lipstick on the comparatively enormous pig of direct payments.

“For a healthy recovery, the Commission should scrap the CAP and replace it with a system that spends public money based on the public goods farmers generate,” said Sini Eräjää, Greenpeace EU’s forest and agriculture campaigner.