Commission ‘not afraid’ of global coalition against EU’s food policy 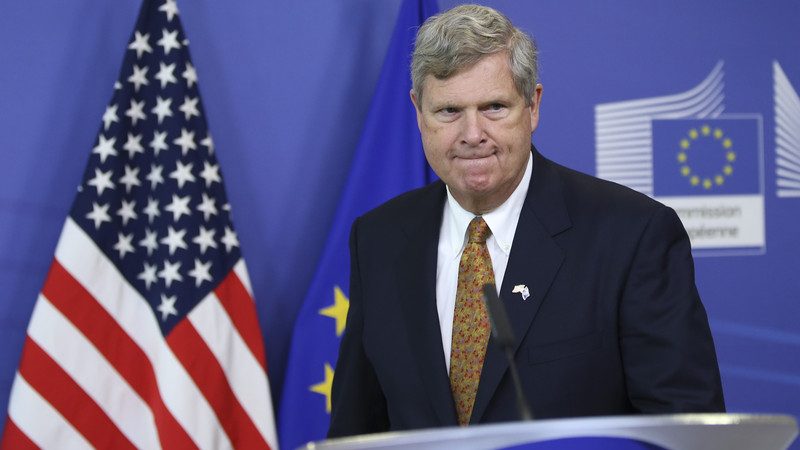 US Agriculture Secretary Tom Vilsack is to launch a global coalition to 'counter' the EU's Farm to Fork Strategy. [EPA/HOSLET]

EU agriculture commissioner Janusz Wojciechowski has stood by the environmental ambition in the Commission’s pivotal food policy, the Farm to Fork strategy (F2F), which has been targeted by the creation of a new global coalition focused on productivity.

At the G20 agricultural ministerial meeting in Florence last week, US agriculture secretary Tom Vilsack announced the preparation of “a new coalition to help elevate sustainable productivity growth as a strategic action priority.”

The US-led coalition is expected to be launched on the sidelines of the United Nations sustainably food summit in New York on Thursday 23 September.

“We must get together and get behind action for productivity growth that advances social, economic, and environmental objectives – and the new Coalition of Action for Sustainable Productivity Growth for Food Security and Resource Conservation is one way to do that,” Vilsack told ministers at the G20 agriculture session.

Speaking to reporters, he pointed out that this coalition is designed to ‘counter’ the F2F, which is considered to be more focused on sustainability claims than productivity.

As reported by the US specialised media The Fence Post, Vilsack expressed fears that the EU’s strategy could lead to a reduction in agricultural productivity, particularly if countries beyond the EU adopt it.

In November 2020, the Economic Research Service of the US Department of Agriculture released a report analysing the potential economic and related impacts of the F2F, concluding that, in the extreme case scenario of global adoption of the EU’s strategy, food prices would rise worldwide by 89% with a reduction in agricultural output by 4%.

“We believe that actually, a more sustainable agriculture can also be a more productive agriculture and can, in fact, meet the needs and demands of a growing global populations,” said Vilsak, according to the media Agri-pulse.

Asked by EURACTIV about the US-led coalition, Europe’s farming boss Wojciechowski said he “is not afraid of this initiative to increase the production.”

“The Farm to Fork is not a strategy to reduce the production of food in Europe,” the Polish Commissioner stressed at a press point during the launch of the EU’s organic day on 23 September.

Referring to organic farming as a key part of the F2F, he said that the organic action plan the Commission put forward is designed to improve production standards and make agriculture more friendly for the environment, the climate and in terms of animal welfare.

“The basic function of the agriculture to ensure food security for our citizens. If it will be necessary, we will verify the targets but now I have no such concerns that today there is a risk for the productivity,” he said.

Wojciechowski made a similar remark back in July 2020 before the French Senate as he opened the possibility of revising F2F’s ambitious targets at a later stage if food security is threatened.

A recent report by researchers from the Commission’s Joint Research Centre (JRC) deemed both the F2F and the Biodiversity Strategy to have the greatest potential to affect agricultural environment and production.

Whatever the scenario depicted by the authors, the achievement of sustainability goals would result in declines in production ranging from 5-15% across all sectors, with the livestock sectors being hit the hardest.

“Of course, there are some concerns because the JRC study is signalising some possible difficulties,” Wojciechowski said, adding that the Commission will do everything to avoid any possible risk to productivity. 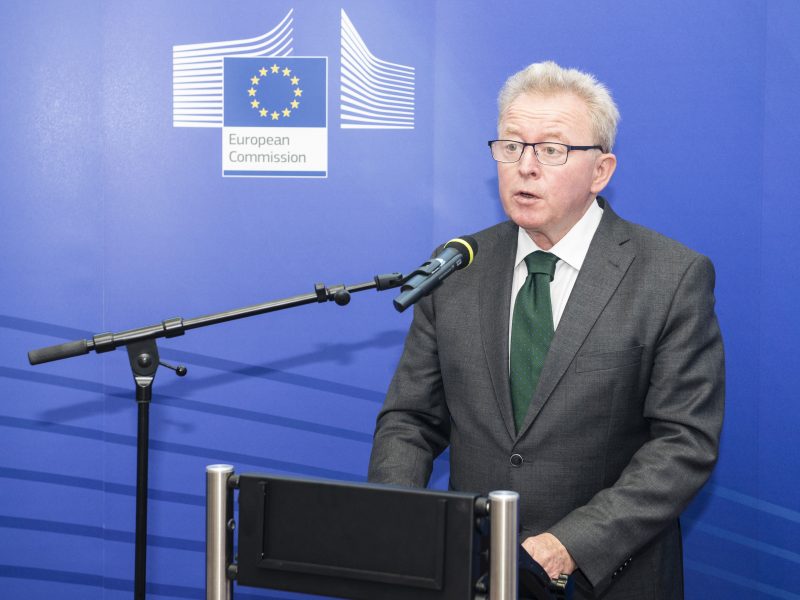 The EU’s Agriculture Commissioner, Janusz Wojciechowski, has teased stakeholders with the promise of a ‘comprehensive impact assessment’ of the Commission’s pivotal food policy, the Farm to Fork strategy (F2F), but remained vague as to what this means in practice.