Commission: "So far, no member state has made a request to insert such a clause referring to biodiversity." [Global Justice Now/Flickr]

The European Commission is ready to consider discussing a clause about biodiversity in the glyphosate renewal proposal if it is requested by member states, a Commission Spokesperson told EURACTIV.com on Monday (18 September).

The glyphosate debate heated up in September when French Environment Minister Nicolas Hulot announced Paris would vote against the renewal of Monsanto’s weed killer. [See background]

The 28 member states will vote on the EU executive’s proposal at the next Phytopharmaceuticals (PAFF) meeting on 5-6 October. In the event an agreement is not reached, the unofficial deadline is a vote at a ScoPAFF meeting on 6 November, as the glyphosate license is due to expire at the end of 2017.

EURACTIV was recently informed that Paris is testing waters with other member states regarding what stance they are willing to take in the upcoming vote. 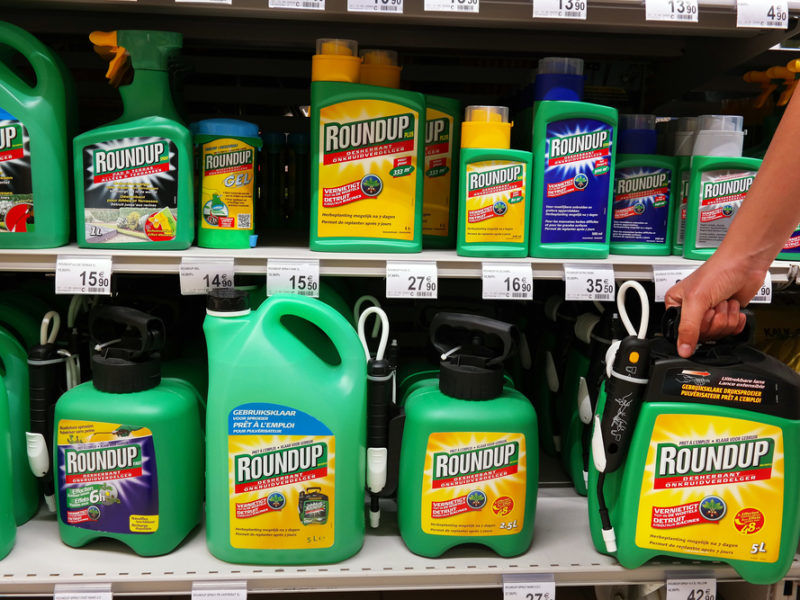 According to the rules, a blocking minority can be achieved by little more than 45% of the member states or by a group of countries representing at least 35% of the bloc’s population, if it includes is a minimum of four member states.

In this case, France will need the support of another big country and a few small ones to reject the file.

Germany abstained from the last vote on glyphosate due to strong disagreements within its coalition government.

Sources close to the issue told EURACTIV that Berlin is unlikely to make any decision on the case before the federal election on 24 September and particularly before the formation of a new government.

The same sources said that in Germany two ministries are involved in the consultation process, the ministry of agriculture led by the Bavarian Christian Social Union (CSU) and the ministry of environment, led by the Social Democratic Party (SPD).

The CSU is in favour of glyphosate’s re-authorisation while Environment Minister Barbara Hendricks has expressed reservations.

“The divisions between these two ministries on the issue are huge […] it’s almost impossible to reach an agreement before the German election,” the sources said, explaining that it’s part of the internal governance rules to abstain from EU voting procedures when there is a party disagreement.

However, another source said the German economy ministry is also involved in the process and is closer to the view of the agriculture ministry. Its position, though, has not been made public yet.

Asked if the ongoing merger between Bayer and Monsanto puts more pressure on the German government, the sources firmly denied it.

Environment Minister Barbara Hendricks has said that her support depends on two things: a positive ECHA ruling and a clause ensuring the protection of biodiversity.

EURACTIV was informed that the Commission’s proposal on glyphosate last year involved a “biodiversity clause” on the use of glyphosate and this apparently helped the three ministries reach a positive opinion.

EURACTIV asked the EU executive whether it was mulling a “biodiversity clause” in the glyphosate proposal.

“So far, no member state has made a request to insert such a clause referring to biodiversity. If and when such a request is made, the Commission is, of course, ready to look into it, together with all member states in the Standing Committee,” a European Commission Spokesperson noted.

As far as the other member states are concerned, EURACTIV has learnt that the vast majority have not come to a clear conclusion.

Luxembourg, for instance, faces similar internal disagreements as Germany and may therefore abstain.

Italy is close to France on the issue while technical services in several smaller member states have greenlighted glyphosate’s re-authorisation but are still awaiting a final decision from the political leadership.

Reuters reported on 14 September that French and German farmers had formed a united front in favour of the weedkiller’s renewal.

“We need to be able to continue to use some crop protection products, not because of some kind of stupid addiction like some say, but because the alternative means are not there,” French oilseed growers group FOP Arnaud Rousseau said.

Similar concerns were also expressed by French conservation farmers, who claimed that a glyphosate ban would mean the end of “agroecology”.

“All farmers who practice conservation agriculture and have stopped tillage to capture carbon in soils, according to the principles set up at COP21, will have to stop this type of agriculture if they cannot use glyphosate punctually to clean the fields just prior to seeding, when the frost did not remove the plant cover planted just after the harvest,” Arnaud Rousseau, President of the French Federation of Oil Producers (FOP) told AFP.

In the same vein, German farmers put their hopes in the new government.

“We strongly hope that with the new government there will be a new approval of glyphosate,” said Wolfgang Vogel, head of German oilseeds industry association UFOP. “It would be very hard for farmers if they had to renounce glyphosate.”

European Commissioner for Agriculture Phil Hogan recently said, “I'm very concerned at the moment, particularly with the recent announcement by France that an essential product like glyphosate which deals with weeds will not be available.”

“We want member states to come forward and support the science-based recommendation of Commissioner Vytenis Andriukaitis and ensure the continuation of glyphosate for the next 10 years. It is too important for agriculture - and for urban dwellers as well who haven't access to alternative problems in relation to weeds in their gardens either,” the Irish Commissioner added.