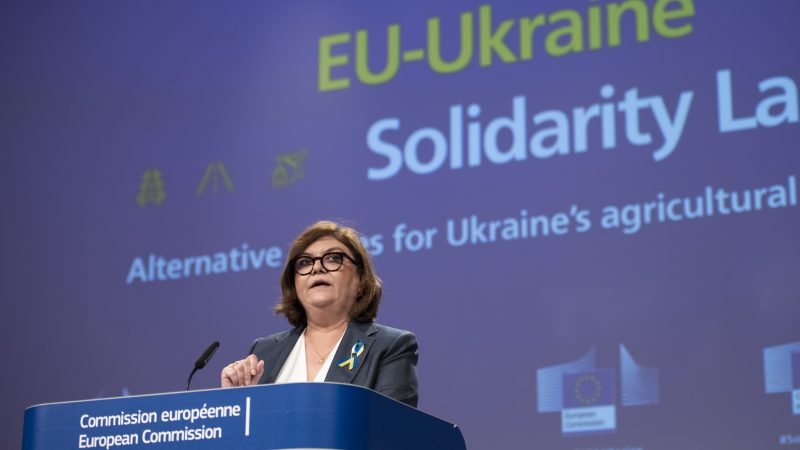 Russia’s blockade of these ports has seen the actual figures of Ukrainian exportation of grain drop by 4 times in comparison to February. [KOBUS/EC]

However, this presents a challenge, given that the seaports, which before were the main route for Ukrainian export accounting for up to 90% of exported goods, are now blocked.

Currently, the average waiting time for the border cross for Ukrainian grain ranges between 16-30 days, with thousands of wagons and lorries waiting for clearance on the Ukrainian side.

As such, the EU executive is working to establish alternative logistics routes using all relevant transport modes, known as ‘solidarity lanes’.

While the EU Commission cannot substitute EU operators or Ukraine grain sellers, they can put the two in touch and design new links between Ukraine’s borders and EU ports, Commissioner Adina Vălean explained.

“We will set up a matchmaking logistics platform to help industry associations trade with the commission services, the member state and Ukrainian authorities find each other easier and solve the pressing issue without delays,” she said during the presentation of the communication on Thursday (12 May).

From short to long term measures

The priority actions will include additional freight rolling stock, vessels and lorries, as well as the prioritisation of Ukrainian agricultural export shipments on borders, optimisation of customs operations and other inspections, as well as more capacity for the temporary storage of Ukrainian exports on the territory of the EU.

One key challenge is the differing rail gauge widths; Ukrainian wagons are not compatible with most of the EU rail network, so most goods need to be transhipped to lorries or wagons that fit the EU standard gauge.

However, this process is time-consuming and transhipment facilities along the borders are scarce, the Commission explained.

These short-term measures are designed to help ease the export of goods via the railway and help avoid Ukrainian grain getting stuck on the border.

“These lanes are just the first step in a long strategy for extending our essential transport infrastructure network into Ukraine and Moldova”, the Commissioner said.

In the medium to long term, the Commission will also work on increasing the infrastructure capacity of new export corridors and on establishing new infrastructure connections in the framework of the reconstruction of Ukraine. 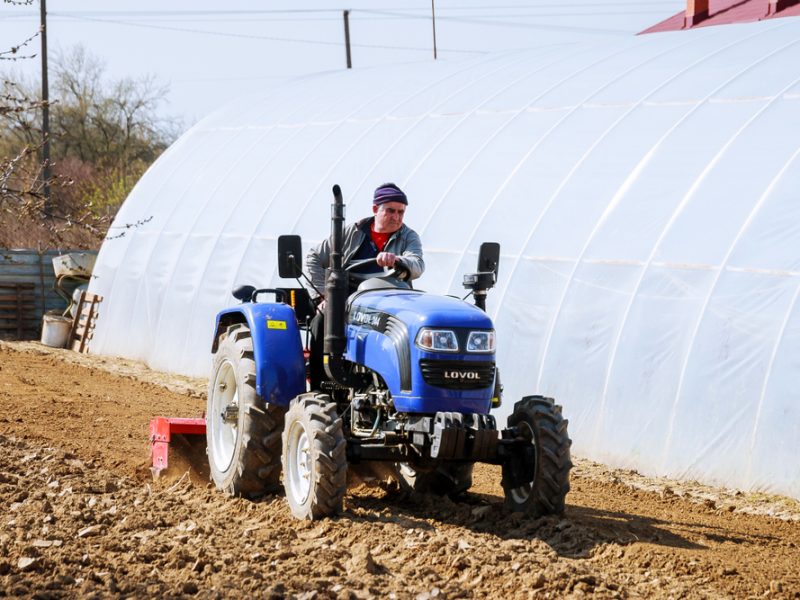 Ukraine produces 12% of the world’s wheat, 15% of its corn and half its sunflower oil. It is the main exporter of agricultural goods for countries in North Africa and the Middle East.

“It’s very evident that the situation with regard to agriculture in Ukraine remains critical every day,” an EU official said at a recent hearing with MEPs in the European Parliament’s agriculture committee, warning that the war may see food prices rising by 20% according to UN estimates.

However, there is some good news when it comes to the spring planting in Ukraine.

While some areas of the country, especially in the southeast and northeast, are suffering from uncertainties on fertiliser and disease control as well diesel, feed seeds, and veterinary medicines, the country was able to plant around 14 million hectares of land.

This represents around 70-75% of the long term average of planting agricultural land, meaning the Ukrainian government expects a 20% decrease in crops planted this spring.

Russia’s blockade of these ports has seen the actual figures for Ukrainian exportation of grain drop by 4 times in comparison to February, Taras Kachka, deputy minister of economy of Ukraine, explained in a meeting of the MEP-led European Food Forum (EFF) on Wednesday (11 May).

“From our perspective, the key problem is logistics, not the production of food”, he added.

As much as 70-75% of total production in Ukraine is sold for export, which comprises 20% of the Ukrainian income for the public budget, two-thirds of which leaves the country via ports.

“The only solution for us is to ensure the interoperability of the system, some types of swaps”, Kachka said, calling attention to the further coordination between exporting states needed to ensure goods are successfully transported to North and Sub-Saharan Africa.

He added it will be possible to report the expected successful planting campaign in 10-14 days. 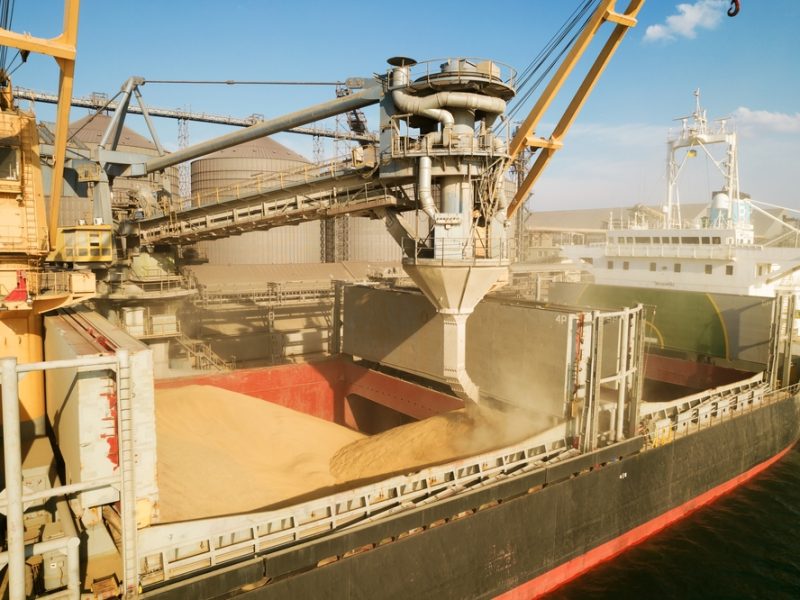