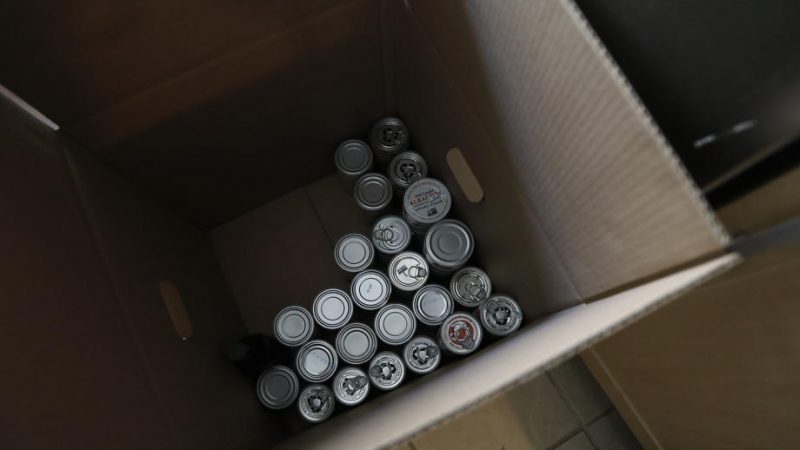 In 2019, the European Commission found that some European market players participated for more than 13 years in a canned food cartel in the European Economic Area (EEA). [EPA-EFE/FOLEY]

The EU antitrust regulators launched on Monday (5 October) another investigation to clamp down on anti-competitive business practices that led to a ‘canned vegetable cartel’ in the European food market.

According to the European Commission, Italian agricultural cooperative Conserve Italia agreed for several consecutive years with other market participants to fix selling prices, share markets and allocate customers “for the supply of certain types of canned vegetables to retailers and/or food service companies.”

The EU executive has concerns that the maker of the renowned tomato pulp Cirio has participated in commercial conducts to distort competition known as horizontal price-fixing and market sharing agreements.

If proved, these practices would violate EU rules such as collusion on prices and market sharing under Article 101 of the Treaty on the Functioning of the European Union and Article 53 of the European Economic Area (EEA) agreement.

Its president, Maurizio Gardini, is at the helm of one of the main Italian co-operatives trade association, Confcooperative.

This specific case is linked to a bigger one which brought to light the existence of cartels and restrictive business practices in the canned foodstuff sector all across Europe, dating back to the early years of the 2000s.

Last year, the Commission found that French agriculture cooperatives Bonduelle and Groupe CECAB, as well as the Dutch company Coroos, participated for more than 13 years in a canned food cartel in the European Economic Area (EEA).

The EEA includes the EU Single Market and the members of the European Free Trade Association (EFTA) excluding Switzerland.

The infringement covered the entire EEA and lasted from January 2000 to October 2013.

At that time, the Commission opened proceedings against Conserve Italia too, but the final settlement decision did not include the Italian company.

After having admitted their involvement in the cartel, Coroos and CECAB agreed to settle the dispute by paying a fine of more than €31.6 billion, while Bonduelle was pardoned for having revealed the existence of the cartel to the Commission.

Conserve Italia now risks a huge fine too. If the European Commission concludes that there is sufficient evidence of an infringement, it may impose a fine of up to 10% of the company’s annual worldwide turnover.

As there is no legal deadline for the Commission to complete antitrust inquiries, their duration may depend on a number of factors, including the complexity of the case.