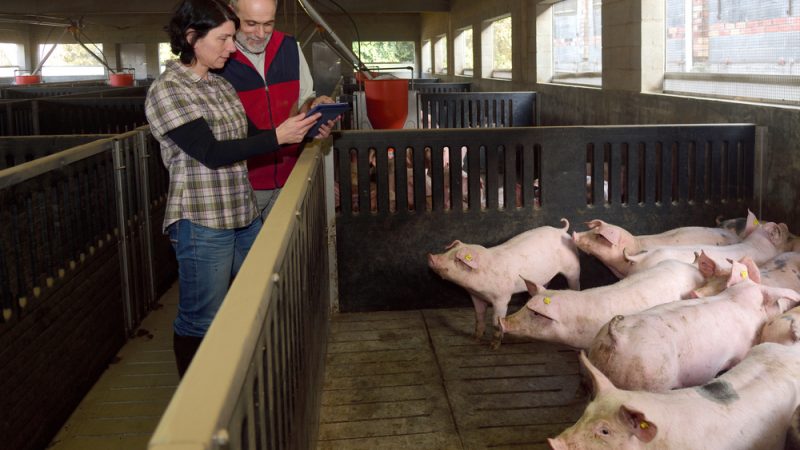 Brussels has said that they will not yet intervene directly in what is one of the worst crises for European pig farmers, as the EU executive is still confident the sector will find a way out on its own.

The European pigmeat sector is suffering from a perfect storm scenario with a price slump driven by the impact of COVID lockdowns on food services and surging input costs, coupled with a decrease in exports to China and the spread of African Swine Fever (ASF).

At their last gathering in Brussels on Monday (17 January), the EU-27 agriculture ministers discussed the issue and again asked the European Commission to put in place exceptional market measures for the sector.

However, the EU executive informed the ministers that, despite sharing their concerns over the difficult market situation, now is not the moment to step in with market intervention at the EU level as recovery in the sector may be taking shape.

“With the recovery in sight, let us not create expectations that EU measures can solve any and all problems,” the EU’s agriculture commissioner Janusz Wojciechowski told the ministers, adding that market actors should take responsible action in this regard.

For the Commission, there are clear signs of market recovery in the fact that piglet prices started increasing in October and this trend has continued, showing producers’ confidence in the future.

Pig carcass prices also reached a low point in November and started increasing just before Christmas and this has continued into January. This is considered encouraging as in the normal production cycle prices fall at this very time of year before rising in the Spring.

Quite the contrary, an intervention from Brussels right now would send out the wrong signal and actually encourage producers to maintain or even to increase production, according to the Commission.

“I do not exclude an intervention if there is any need, but we must make sure that we do not harm the situation,” Wojciechowski explained to MEPs in the European Parliament’s committee last week. 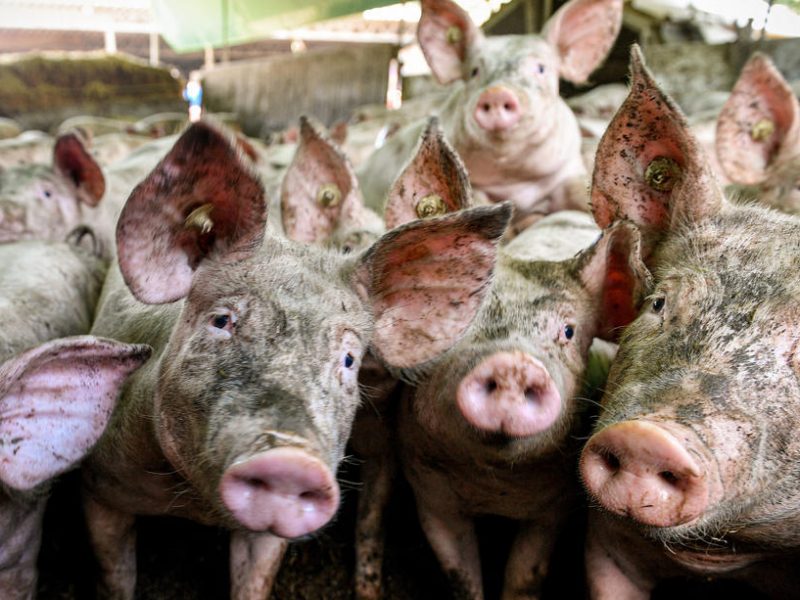 Twenty EU countries have called on the European Commission to step up action on the crisis-ridden pig meat sector, struggling with disease and the COVID-19 pandemic, with farmers’ associations calling it an “existential threat to all farms”.

However, pig farmers remain concerned as, although prices for both pork and piglets have recently slightly increased, they are still below the costs of production.

In the first week of January, the average EU price for pork was €1.33 per kilogram for 100-kilogram carcass weight and €34.20 per head for piglets.

“The pig sector is going through the deepest crisis it has ever experienced. The prices are low, and even if not the lowest ever, the cost of production is the highest ever registered,” Antonio Tavares, chairman of EU’s farmer lobby Copa-Cogeca pig working party, told EURACTIV.

He added that even the most efficient herds are losing more than €40 per pig.

Wojciechowski suggested member states use existing actions such as the targeted national measures for the pig sector and the rural development programme funds in the Common Agricultural Policy (CAP).

Another tool already available are the so-called de minimis arrangements, which are derogation of the general state aid rules and allow national authorities to support farmers without the need for prior approval from the Commission.

“These tools, which have been in your hands throughout the period, are the most suitable to address the situation,” said Wojciechowski to ministers.

However, for the time being the Commissioner has ruled out programmes provided for in the Common Organisation of Agricultural Markets (CMO), the ‘safety net’ for agriculture markets in case of price crises.

Support tools in the CMO include, for instance, compensation measures for market losses related to veterinary measures taken to fight against animal diseases or even exemptions from the normal competition rules for pigmeat producers in relation to, for example, processing, storage or the planning of production.

Another exceptional measure is a very traditional form of public EU intervention known as private storage aid (PSA), which consists of removing temporarily products from disrupted markets with the aim of reducing a short-term oversupply and restoring a certain balance in the long term.

First confirmed cases of ASF in the Italian regions of Piedmont and Liguria – close to the ‘Parma ham’ region – are also casting a shadow on the sector.

“I have to acknowledge that the outbreak of ASF in Italy earlier this month is very bad news,” Wojciechowski told the ministers.

It is not yet known how the disease has arrived in Italy, but the genotype of the disease is a different one than the one on the island of Sardinia where they have had an endemic situation for over 40 years without outbreaks on the mainland.

“However, we are hopeful that the damage can be contained. The situation nonetheless will need to be monitored very carefully,” said the Polish Commissioner.

The developments in Italy were already followed by actions in third countries with Japan, Kuwait, China, Switzerland, and Taiwan who already banned the imports of pork and pork preparations from Italy, something that is worrying pork farmers in Italy.