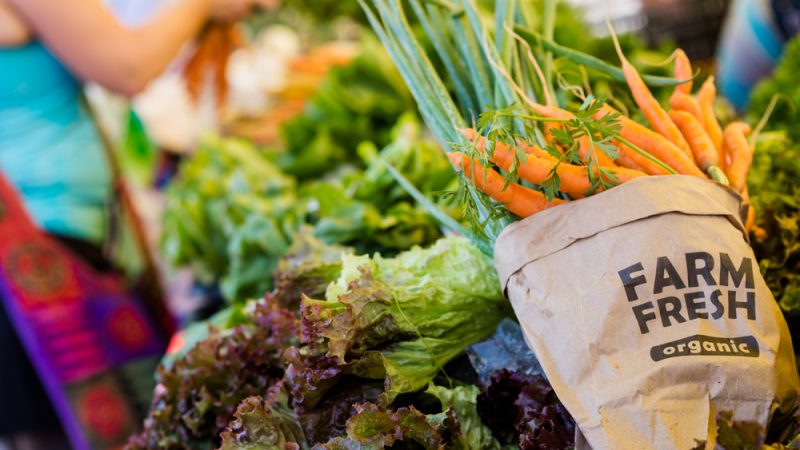 EU citizens are cooking more at home during the pandemic and this reflects on their food choices, says Organics association IFOAM to explain the recent surging demand for organic products. [SHUTTERSTOCK]

Backed by the organic food sector, EU lawmakers are pushing the European Commission to delay by one year the coming into force of the reformed organic regulation.

The new set of rules for organic farming, approved in 2018 after many years of interinstitutional negotiations between MEPs and agriculture ministers, is expected to simplify the current system for the labelling and marketing of organic products and create a level playing field for EU produce and imports.

In particular, the reformed regulation will harmonise standards, applying one system to all EU and non-EU farmers, and providing all EU consumers with the same quality guarantee, wherever their food comes from.

However, according to MEPs in the European Parliament’s Agriculture Committee (COMAGRI), more time is needed to ensure that the necessary complex system of delegated and implementing acts is in place and member states and operators are given enough time to make a successful transition to the new improved system of organic production.

In a letter to bloc’s agriculture boss Janusz Wojciechowski, they pointed out that rushing the adoption of this piece of legislation is not the most suitable solution, asking for a postponement of the organic regulation’s entry into force from 1 January 2021 to a year later.

The letter also says that even considering the difficulties imposed by the current COVID-19 outbreak, ensuring an additional year for the enactment of the secondary legislation can make this already strong policy even stronger and further contribute to the common goal of sustainable food production.

Although the Commission started the work immediately after the regulation has been adopted in June 2018, MEPs noticed that the need for thorough debate slowed the process, once the discussions progressed to the most complicated topics.

“In our view, it is crucial to ensure that the rules that will shape the future of this important sector are adopted with proper consultation of all stakeholders and with proper scrutiny from both co-legislators,” COMAGRI chair Norbert Lins wrote in the letter on behalf of his colleagues.

Organic movement is on board

Eduardo Cuoco, director of the organics association IFOAM, told EURACTIV.com that in view of the current situation, the entire organic movement is asking the European policymakers to consider a one-year postponement of the application of the new EU organic regulation.

Cuoco said this would allow organic producers and the organic control system to “focus on responding to the COVID-19 pandemic and continue providing good quality food to EU citizens.”

“Given the complex nature of the EU organic regulation and the time-consuming process of developing the secondary legislation, its application from 1 January 2021 would have been a challenge even without COVID-19. Hence, the pandemic is accelerating an already existing issue,” he added.

IFOAM stressed that there was “no urgency to fulfil any legal gap” as the current organic Regulation is well established.

They added that postponing the application of the new EU Organic Regulation until 2022 to enable organic control and certification bodies, as well as member states, to prepare for and implement the necessary changes that will be required by the new requirements on controls and certification, and allow would also allow organic producers, processors, and retailers time to adapt accordingly.

The European Commission informed EURACTIV that it had received the requests for postponement from MEPs and stakeholders and is currently assessing the situation.

The EU executive is expected to put in place an “offensive” action plan in 2020, which will look at how organic production can help the agri-food sector improve its sustainability across the agri-food supply chain.

Organics association IFOAM said that although the impact of the coronavirus on the organic sector differs greatly across countries and sectors, supermarkets, discounters and self-service grocery stores are reporting higher sales of organic products in several countries, including Italy, Germany and Finland.

“The demand for non-perishable organic products is increasing, especially for pasta, rice, grains, canned food and beans. This was particularly noticeable at the beginning of the crisis,” IFOAM director Eduardo Cuoco said.

Although they highlight that certain sections of the sector have been hit by the crisis, especially the dairy and beef sector, Cuoco said that “overall, organic is a more resilient system when hit by such a crisis as it relies less on external input than conventional systems.”

Cynthia Benites, a senior policy adviser on organics at farmers association COPA-COGECA, concurred, saying that in several countries, such as Germany and Belgium, there has been an “increase in the sales of organic products, notably in retail and for cereal, potato and dairy products.”