“46% of [EFSA] panel members have at least one financial conflict of interest with a regulated company,” the NGO wrote in its damning report published on Wednesday (14 June).

EFSA has the task of evaluating potential risks to the European food chain and providing independent scientific advice.

But the independence of many of agency’s scientists is questionable, according to CEO.

The study, simply entitled “Recruitment errors”, opens with a blunt question by epidemiologist David Michaels: “If it is dangerous to rely on scientists with financial conflicts of interest to interpret raw data, why should we depend on these scientists to provide advice to the regulatory agencies?”

Four years in a row, the European Parliament has called on EFSA to ensure it is above the influence of the agri-food industry. A 2013 CEO study concluded that 60% of the agency’s experts had ties to companies whose products EFSA was evaluating. Despite the Parliament’s demands and the repeated scandals at EFSA, the situation has evolved little in the intervening four years.

Yet, evaluaing the risks posed by the industry’s products represents two-thirds of EFSA’s mission. So the effectiveness of the agency’s independence policy has a direct impact on the substances consumed by millions of European citizens every day.

EFSA strongly rejected the conclusions of the CEO study. A spokesperson for the agency said the NGO’s figures were “misleading and based on a specific interpretation of financial interests that EFSA does not agree with”.

In a press release, the agency said it would discuss CEO’s recommendations on independence at the next meeting of its administrative council on 21 June.

EFSA plans to adopt its new independence policy at this meeting. But according to the CEO report, “the draft policy is not sufficient”.

The emblematic case of glyphosate

The latest of controversy to shake EFSA was the renewal of the authorisation for glyphosate, a common herbicide used in agricultural and domestic weed killers. The substance, labelled a probable carcinogen by the International Agency for Research on Cancer (IARC) and suspected of being an endocrine disruptor, was judged perfectly safe by the European agency.

The decision unleashed outcry among environmental and consumer protection organisations. They say the studies EFSA used to formulate its opinion should be made available for public scrutiny. But producers of glyphosate have so-far managed to withhold their data, saying its publication would be a violation of trade secrets.

Critics of glyphosate argue that legislation affecting public health should not be based on secret studies paid for by the chemical’s producers themselves. Public opinion in several EU countries supports this view: a European Citizens’ Initiative launched last year has crossed the threshold of a million signatures needed for the Commission to give it consideration.

MEPs have also asked the EU executive “What specific measures [it is] considering […] with regard to transparency and the role of scientific peer-reviewed, publicly available studies in the evaluation of active substances.”

A group of four Green MEPs have already launched a legal challenge against EFSA’s refusal to provide the documents necessary for a cross-evaluation. Their objective is not only to gain access to the documents concerning glyphosate but to increase transparency and change the way the agency functions. 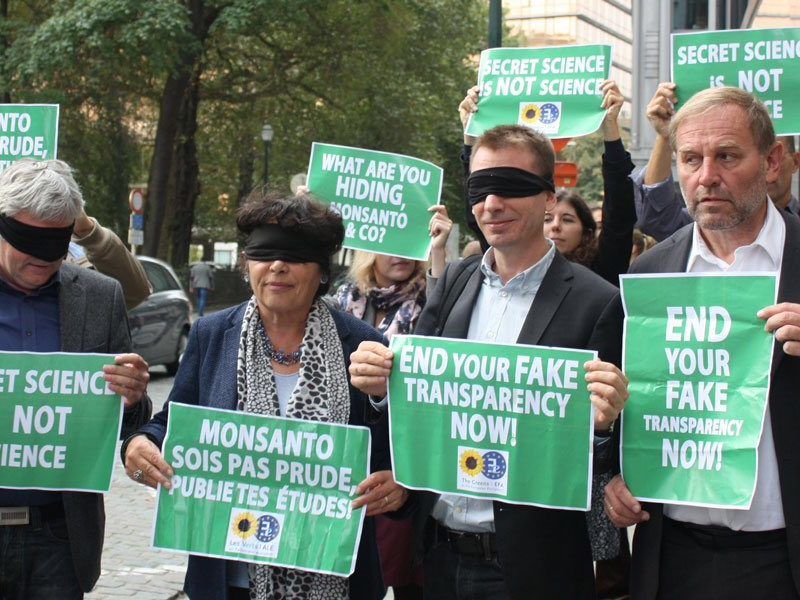