"Hundreds of thousands” of workers could be impacted as a result of border closures. [SHUTTERSTOCK]

Europe’s farming sector could face a dramatic shortfall in workers as a consequence of the border restrictions put in place to stem the spread of novel coronavirus, which could lead to “devastating” impacts, according to farmers association COPA-COGECA.

Speaking to EURACTIV, Pekka Pesonen, secretary-general of COPA-COGECA, stressed that the restriction of the movement of seasonal workers could cause far-reaching and long-term impacts on the sector, and could extend “well beyond this year.”

As borders are increasingly being closed, thousands of seasonal workers have been left unable to reach the farms that rely on their labour just as the harvest season is beginning for many crops.

Although the numbers of seasonal agricultural workers that come to the EU level are unclear, Pesonen told EURACTIV that “hundreds of thousands” of workers could be impacted as a result of border closures.

He added that although the reduction of workers could cause a “devastating and long-term” impact on the sector as a whole, there are a number of countries who are particularly vulnerable to this.

In particular, he singled out Italy and Spain, as the “power-houses” of the fruit and vegetable sector, as two EU countries who stand to be particularly hard-hit.

Romanians make up the lion’s share, with a community of more than 105,000 agricultural seasonal labourers working in the Italian farms.

EURACTIV France reported in the Capitals on Tuesday (24 March) that French agriculture is already under pressure, saying that French farmers will need over  200,000 seasonal workers to ensure the harvesting of seasonal fruits and vegetables.

The country’s main agriculture union, FNSEA, has publicly called on available students, people doing short-time work and the self-employed to give a helping hand to France’s agricultural sector.

Pesonen also identified the UK as “particularly vulnerable,” given that the country’s agricultural sector relies on up to 100,000 workers each year to harvest and process crops.

A spokesperson for the UK National Farmers Union (NFU) concurred, telling EURACTIV that “growers that rely on seasonal workers to pick, pack and grade our fruit and veg are extremely concerned about the impact coronavirus measures may have on their ability to recruit workers this year.”

They added that the industry is already “working hard to promote available roles on farms locally, recognising that this could help those who unfortunately find themselves out of work.” 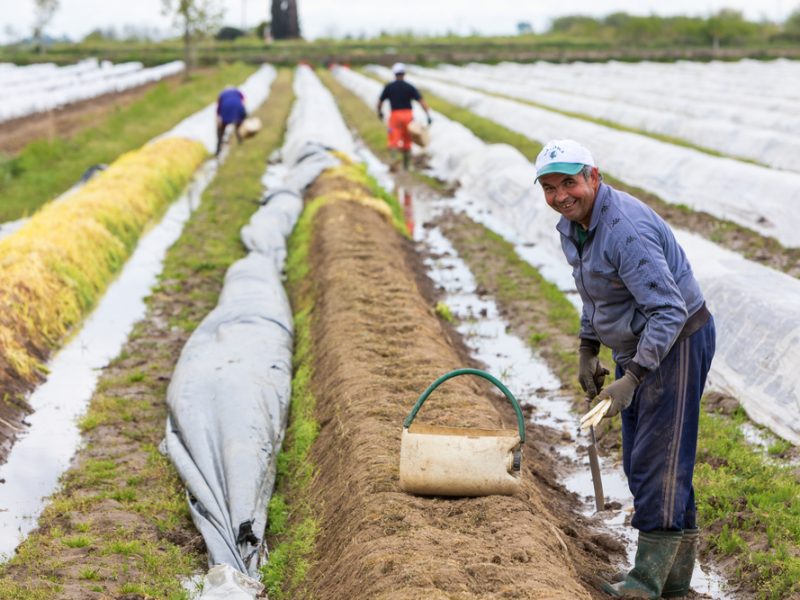 Concerns regarding the lack of seasonal workers in the sector have been increasingly growing over the past weeks as the gravity of the current outbreak has become apparent.

Most recently, in a letter sent to EU Agriculture Commissioner Janusz Wojciechowski on Monday (23 March), the chair of the AGRI Committee, Norbet Lins, highlighted that free movement of labour is a critical issue for agriculture in particular, given that several agriculture sectors, notably fruit and vegetables but also viticulture, depend on seasonal labour.

The crucial access of these workers, mainly stemming from Central and Eastern Europe to farms in Western Europe, should be “facilitated by an agreement between countries of origin, transit and destination,” the letter reads.

“By issuing a “laissez-passer” granting the right to travel to the seasonal workers by means of special buses or trains or even aeroplanes, the functioning of the agriculture sectors could be maintained.”

Lins, therefore, called on the Commission to “coordinate relevant actions between the concerned member states in order to ensure the necessary supply of labour to agricultural key sectors,” all the while maintaining the full protection of this seasonal labour against the epidemic.

This sentiment was echoed by Pesonen, who said he hoped restrictions will be lifted and “special measures offered for agricultural seasonal workers,” although exactly how that will be implemented given the current circumstances remains to be seen.

Similarly, in a letter to Commission President Ursula von der Leyen, EU food industry confederation Food Drink Europe stated that, with many of the workforce off sick, facing travel restrictions and quarantine at borders we face a “serious risk of labour shortages” in the sector.

Given their “essential role to maintain food security in Europe,” they urged the Commission to provide EU guidelines to members states to establish harmonised protocols for food sector workers.

Europe’s ability to provide food depends on the preservation of the Single Market, agri-food stakeholders stressed in a joint statement published on Thursday (19 March) and directed to the European Commission.

However, Enrico Somaglia, deputy general secretary of the European Federation of Food, Agriculture and Tourism (EFFAT), told EURACTIV that while it is imperative the agricultural sector continues working, the safety of seasonal workers is paramount.

He said seasonal workers are particularly vulnerable to contracting the virus, and therefore contributing to its spread, given that they “often live and work in poor conditions, often without access to adequate sanitary necessities and protective clothing.”

Somaglia also pointed out that workers are often undocumented, with no access to healthcare, and stressed the importance of regularising that to ensure their safety.

He said, however, that he did not think it feasible to have special measures to allow the movement of seasonal workers in the current circumstances, even with extra precautionary measures put in place.

Instead, he said, the focus should be placed on ways that local people can be incentivised to work in the sector, including higher wages and improved conditions, such as those suggested in the UK.

“Although we represent a sector that cannot close, our priority remains the protection of workers,” Somaglia added. 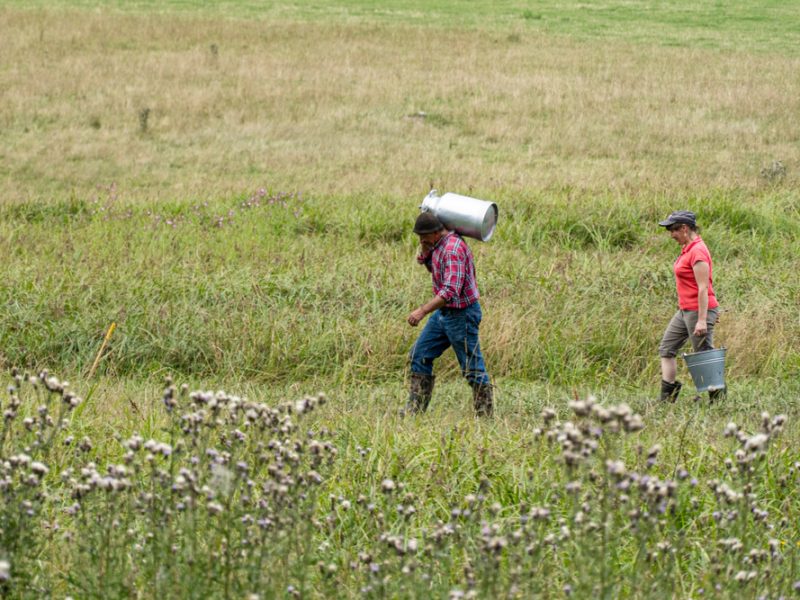 After Poland closed its borders to slow down coronavirus spread, agriculture unionists are demanding that the government allow Ukrainians to remain in the country and help to keep agri-food production going. EURACTIV Poland reports.