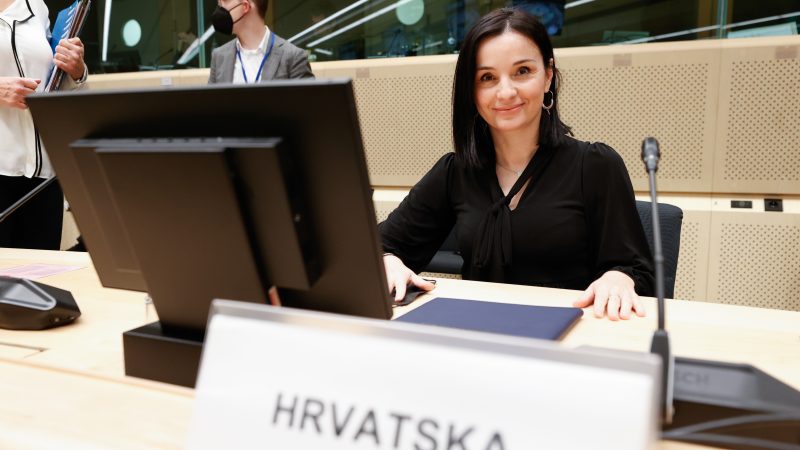 Croatia has made ensuring food security a key focus in light of the crisis in Ukraine, rolling out a number of measures to help producers cope with the fallout from the war. EURACTIV Croatia reports.

Since the beginning of Russia’s aggression in Ukraine, which has sent food systems globally into disarray, Croatia’s ministry of agriculture has been focused on the protection of the agrifood sector.

At an extraordinary video meeting of EU agriculture ministers in early March on the consequences of the conflict, Croatian agriculture minister Marija Vučković said it was high time to step up emergency measures, warning of the impact of rising energy, fertiliser, transport, animal feed and other costs.

Expressing her sympathy for the current situation in Ukraine in light of the Croatian experience of the 1991-1995 Homeland War, the minister vowed to “take care of the food security of our citizens.”

As such, Croatia is preparing for all possible measures to be taken during this period, she said, pointing out that it is citizens who will have to bear the brunt of these extra costs.

“We need to think seriously about the possible consequences of increased demand on the EU market, but we will not abandon the principle of EU solidarity or solidarity with Ukraine,” she said, stressing the need to preempt disruption.

The Croatian government has adopted a number of measures designed to ensure the security of the market supply of food products and assistance to producers, as well as measures to help end customers and citizens with the possible expansion of measures.

For now, the margin and the frozen price of “blue diesel” for agriculture and fishermen have been reduced.

Croatia has also set aside 200 million kunas (just over €25.5 million) of intervention aid to individual farmers for the purchase of artificial fertiliser for spring sowing, while 75 million kunas (€10 million) have been earmarked to help fishermen. The fisheries sector will also be provided with additional compensatory measures.

Speaking before the Croatian Parliament in April, the minister said that agricultural production in the country has been making progress in recent years, stating that the amendments to the Law on Agricultural Land and the drafting of the country’s CAP strategic plan will continue to provide support to farmers.

Through these plans, EU countries set out how they intend to meet the nine EU-wide objectives of the reformed CAP.

The ministry also put forward a proposal to enable member states to make full use of all available funds within their existing rural development programs, which was subsequently supported by 13 member countries.

The state secretary of the ministry of agriculture, Zdravko Tušek, said that serious disturbances in the meat and animal market are slowly subsiding, but warned that prices in the pig sector are historically low.

“In the last two years, we have intervened with a tender worth more than 170 million kunas (€22.6 million) in order to reduce the negative impact on the most endangered agricultural sectors,” he said.

The calculation on animal welfare has also been changed, based on which an additional 200 million kuna (€26.6 million) will be used to help the livestock sector, which has been most affected by COVID-19 and Ukraine crises.

Meanwhile, the ministry is also working on measures that would enable the sustainability of the dairy sector until the end of the decade.

The ministry intervened through small value aid in the amount of 200 million kunas (€26.6 million) for up to 20 hectares of agricultural land from which areas under meadows, pastures and fallow land are excluded.

Through the rural development programme, tenders are being prepared for investments in storage capacities of cereals and oilseeds, as well as investments to support producer organisations and irrigation, Majdak added.