De Castro: CAP reform not set in stone, can be changed 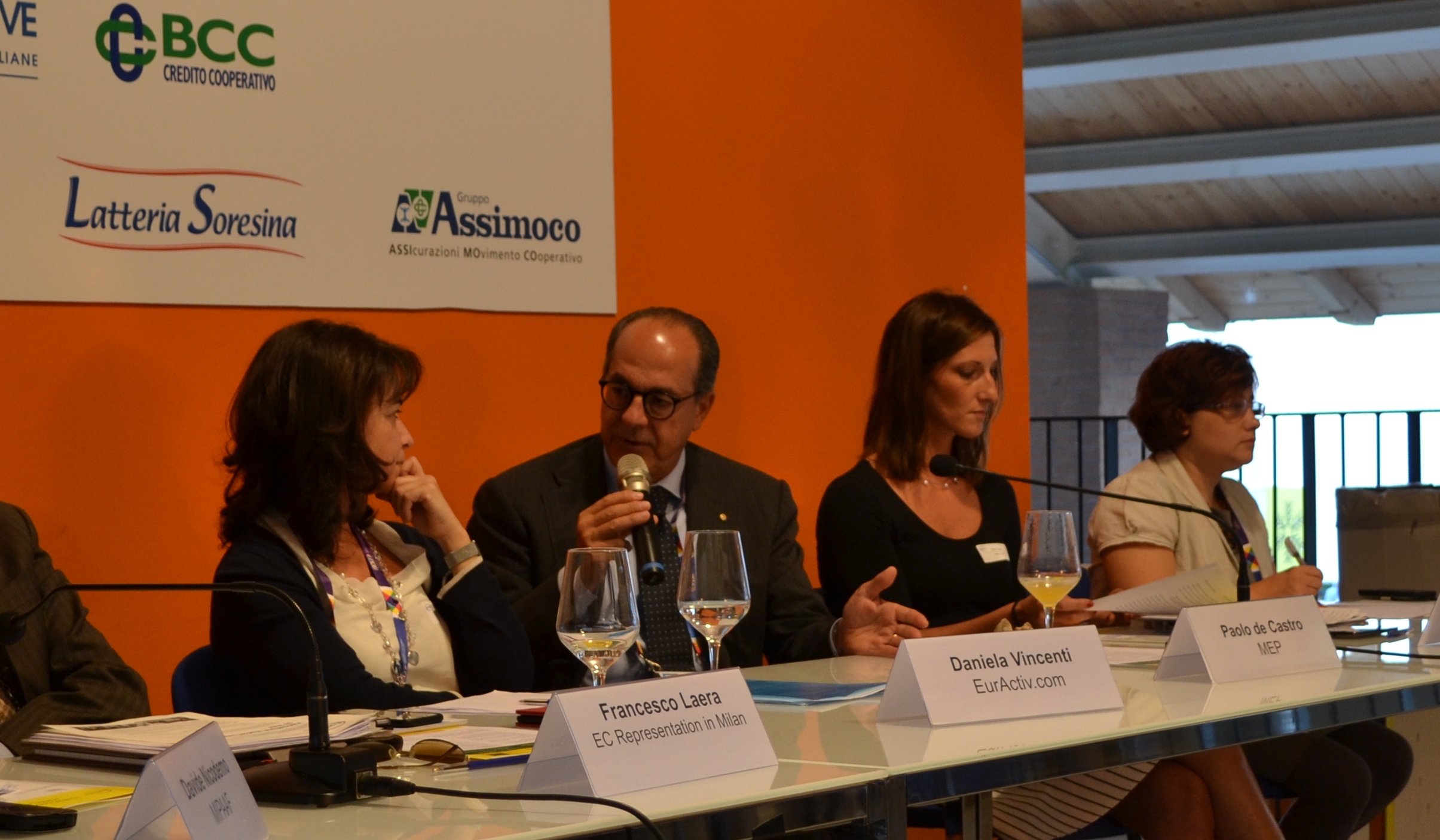 SPECIAL REPORT / The looming threat of a cut to the EU agriculture budget has prevented the Parliament to fight for a full-fledged CAP reform, but all is not lost as it can be changed through the mid-term review, said Paolo de Castro, Italy’s former Minister of Agriculture. EURACTIV Italy reports.

On 21 September in Milan, EURACTIV ran a stakeholder workshop co-financed by the European Commission and entitled ‘Can the (new) CAP deliver on sustainability?’ The first of a series of events dedicated to the CAP reform.

Paolo De Castro, former chair of the Parliament’s Committee on Agriculture and Rural Development and current coordinator of the S&D group in the committee, believes that the new CAP is a hybrid that runs the risk of displeasing all parties concerned, and that its best quality is that it can be changed during the mid-term review.

Present at the event was Francesco Laera, press officer of the European Commission in Italy, who immediately addressed the theme of price volatility, which has been the main reason behind the demonstrations that have taken place across Europe over the last few months. Price volatility is not going away, but will come to characterise European Union agriculture for years to come, explained Laera. For this reason, he added, the Commission put together an aid package worth €500 million, in order to support the milk and meat sectors.

It is a decision that De Castro feels is positive, but too late, accusing Agriculture Commissioner Phil Hogan of underestimating the problem for too long. Furthermore, De Castro believes that the aid package is a temporary solution to a structural problem.

>>Read: Commission ready to give more aid to young farmers

Within the CAP, there is perhaps a greater need for risk management instruments than direct payments per hectare, said ComAgri’s ex-president, recalling that Michel Dantin’s proposal for the single Common Market Organisation contained a few proposals to that effect.

None of the Parliament’s risk management proposals made it past the negotiating table, partly because the legislature was new to its role as a co-legislator, and partly because the talks were influenced from the beginning by the threat of funding cuts to the CAP. The result is a hybrid policy, which aims to improve agricultural competitiveness, as well as addressing social and environmental issues. It is one instrument, where several are probably needed, intended to tackle too many objectives to actually achieve them, commented De Castro

The most pertinent example is the concept of greening, the ecological side of the direct payments, and the most innovative part of the new PAC, suggested Laera.

The measure is positive on paper, explained Davide Nicodemo of the Italian Ministry of Agriculture, because it represents the first form of remuneration for goods and services produced by farmers for the community, not for the market. But its implementation can surely be improved, he continued, for both the managing authorities, and farmers.

The European Commission is currently laying the groundwork for an expected simplification of the CAP, at the end of the year.

For De Castro, however, the mid-term review should be the opportunity for a true legislative act. In addition to new risk management instruments, further efforts to support the farmers under 40s must be provided. This is the opinion of Daniela Giarin, a representative from the association of young agricultural entrepreneurs (AGIA), a part of the Italian confederation of farmers, the Confederazione Italiana Agricoltori. In Italy, only 7% of agricultural enterprises are run by young people, explained Giarin, due to the fact that generational transition is hindered by difficulties related to access to land and credit.

Emphasis on the younger generation has been included in the new CAP, both in the first and second pillar. Laera went on to reveal that the Commission is evaluating new measures related to addressing an ageing sector, including loans whose repayment would depend on price performance.

Indira Franco of Fair Trade Italy explained that an ageing agricultural industry is not just a European problem. In many parts of the Global South, young farmers often lack access to the financial resources, or the training necessary to move into agriculture.