Decentralisation of European funds in France, a typically French disaster

The EAFRD finances agricultural projects. It is the fund that suffered teh most from decentralisation.

Late payments and a dreadful IT management tool: The decentralisation of EU funds has led to serious malfunctions in France, according to a report by the French Court of Auditors published just days before the European elections. EURACTIV France reports.

France is one of the top beneficiaries of EU funds for regional development, and it would be in its self-interest to ensure the money is well spent.

Instead, the French Court of Auditors has issued a report slamming the country’s lack of rigour in managing EU taxpayer’s money. The European Agricultural Fund for Rural Development (EAFRD) and the Osiris payment software are at the centre of criticism in a scathing opinion on the subject issued by French auditors this week.

“The way things are currently organised cannot go on,” according to the French court, which points to grotesque management costs and penalising delays, particularly for farmers.

Auditors examined the transfer to French regions of the management of structural funds for regional development as well as investment money made available under the European Fund for Strategic Investments (EFSI), the so-called Juncker investment plan.

Decentralisation was decided for political reasons. When former president François Hollande came to power in 2012, he secured the support of the powerful Association of French Regions by deciding on this reform, which helped fill the coffers of local authorities.

But instead of reducing the administrative burden, decentralisation appears to have increased red tape, at least with regard to the management of those funds.

The European Regional Development Fund (ERDF) managed to change its structure without too many problems. Yet, the European Agricultural Fund for Rural Development (EAFRD) has suffered from multiple disorders.

The latter is subject to both a national framework and a European one, which must be validated by the European Commission before local versions can be introduced.

And no one appears to know who’s doing what. As a result, the funds are not allocated and delays are increasing. 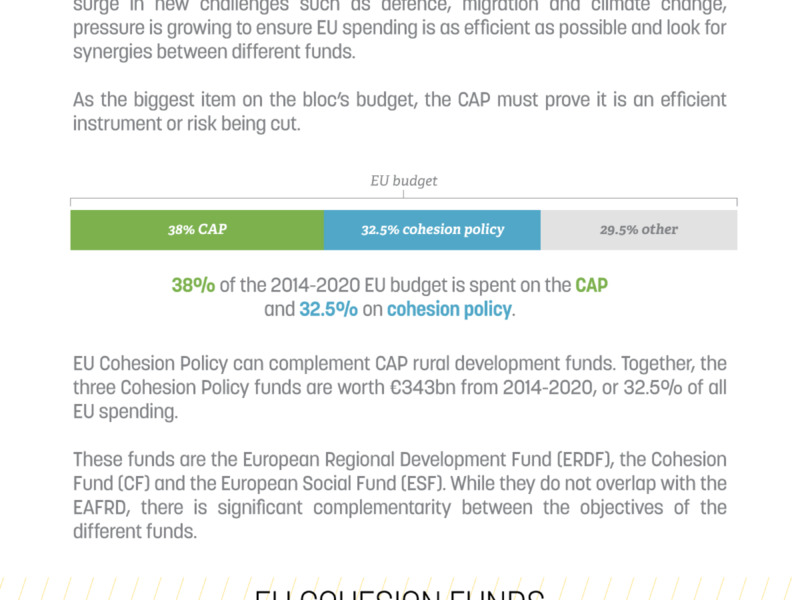 If the transition had not been properly anticipated, it should be improved, experts argue.

“We could not transfer everything: the EARDF, yes, but the European Social Fund (ESF) reflects competences shared between local authorities and the State,” explained Dominique Antoine, the rapporteur at the Court of Auditors, who was heard on 22 May by the French Parliament’s Committee on European Affairs.

The EAFRD, an inextricable knot

He added that “the most inextricable knot is the EAFRD”, pointing to differences between the world of agriculture, which has resisted decentralisation, and local authorities that wish to manage the funds.

The report also questions the financial management of the various French regions. The money arrives faster than it is disbursed and the regions obviously have a rather relaxed interpretation of spending rules. Some, for example, did not hesitate to use excess money to repay farmers’ debts, which defies logic.

The matter has been referred to the Prosecutor’s Office of the Court of Auditors.

“Compared to the European average, France is not lagging behind in its payments. We are in line with the average rhythm in other EU member states: there has been no automatic release of funds”. However, the practice is poor: “Substantive reserves are built up in the regional councils”, which is not satisfactory, the French Court of Auditors say.

Instead, the auditors propose changing two devices: the Osiris software and the EAFRD.

“The tool, called Osiris, is a real disaster that is not adapted to decentralisation,” said  Christine de Mazières, one of the French auditors who presented the conclusions of the court’s report. The court proposes to remove Osiris and replace it as soon as possible.

“In theory, Osiris is the god of agriculture, but in this case, it is the sector’s demon!” said Charles de Courson, a French centrist deputy from the Union of Democrats and Independents (UDI).

The payment software took time to be configured, causing a logjam in the approval of projects. This was mainly due to a lack of cooperation between the French regions and the central government who were unable to properly set up the software system.

As for the EAFRD, the French auditors propose that France re-takes control of the entirety of its management, as is the case for 20 other EU member states. However, “this option is rejected by the French regions” although it is supported by the European Commission, de Mazières said.

In any case, the matter should be decided by the French government. And in the meantime, thousands of projects are still waiting for funding.

Just days before the European elections, the issue also risks unnecessarily tainting the image of Europe, which spends billions to support French regions. “We have a dramatic image of the issue: Although we say Europe is in charge, it is the state that is managing these funds very poorly,” said a French MP.