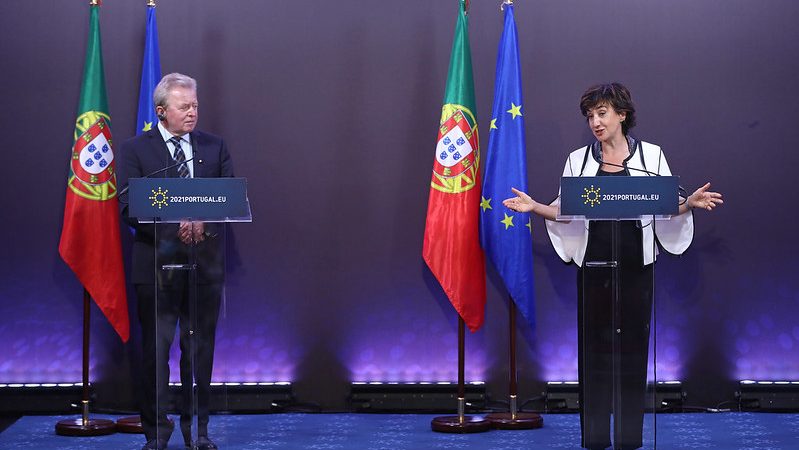 Asked about the decision by EURACTIV during a press conference on Tuesday (15 June), both the Portuguese agriculture minister, Maria do Céu Antunes, and agriculture Commissioner Janusz Wojciechowski defended the decision. [ANTONIO PEDRO SANTOS/LUSA]

The informal AGRIFISH Council session, which took place in Portugal this week, was attended by all of the top agricultural EU policymakers in an effort to help seal a deal on the Common Agricultural Policy (CAP) reform by the end of the month.

But the attendance of COPA-COGECA once again sparked controversy.

“Again and again, before the Council negotiations on the CAP-reform start[s], the farmers[‘] lobby can set the tone [and] place the right narratives for their interests,” Sebastian Lakner, an agricultural economist at the University of Rostock, said on Twitter, pointing out that there are “other stakeholders who should be heard as well”.

The decision to invite COPA-COGECA was defended by the Portuguese Council presidency, the current holder of the AGRIFISH presidency, who invited the farmers association at its discretion.

Asked about the decision by EURACTIV at a press conference on Tuesday (15 June), the Portuguese agriculture minister and current chair of the AGRIFISH Council, Maria do Céu Antunes, seemed taken aback by the question.

While she said that she did not have a specific response to the question, she justified the decision saying that COPA-COGECA has always participated in all informal councils and that COPA-COGECA represents “all the different farmers’ associations across Europe”.

On the Commission’s part, Agriculture Commissioner Janusz Wojciechowski highlighted that it is “very important” to hear from the association’s perspective.

However, he stressed that negotiators are also hearing “all voices of the farmers”.

“We analyse all the signals from the farmers and we take into account the position of all farmers organisations, it’s very important [so that we can] have the final legislative package of the CAP reform which will be acceptable by all farmers,” he said, pointing out that COPA-COGECA only participated in the first part of the meeting.

However, for Celia Nyssens, agricultural policy officer at the European Environmental Bureau (EEB), the fact that the EU farmers association was given preferential access to agricultural ministers in the middle of crucial CAP talks is “indefensible”.

“While claiming to be developing a fairer and greener farming policy, ministers are only listening to the voice of intensive agriculture while organic farmers, small farmers, and environmental experts are locked out,” she said, adding that it was “time this toxic tradition ended”.

One such organisation is the European Coordination Via Campesina (ECVC), a farmers association that represents the voices of small and medium-scale farmers.

José Miguel Pacheco, a member of the ECVC coordination committee and of the association’s Portuguese affiliate CNA, told EURACTIV that to be successful, the CAP reform “must ensure that these small and medium-scale farmers are also given a voice, instead of allowing industry farming and agribusinesses to monopolise the debate”.

During the session, ECVC took to the streets of Lisbon, where the informal council meeting was happening, to protest for a “fairer CAP”.

“We hope, as the Commissioner suggests, that this message from small and medium-scale farmers is being heard,” he added.

Asked about the matter, the secretary-general of COPA-COGECA, Pekka Pesonen, told EURACTIV he believes it is “well justified” to listen to their voice, alongside that of young farmer’s association CEJA, when major EU policy decisions that have a direct impact on farmers’ livelihoods are in discussion.

“Our organisation has by far the widest coverage across the member states […],” he pointed out, adding that they are active in all sectors and in all European production methods, including organic.

“Across us three organisations, we have close to 100 national, democratic and horizontal (non-sectorial) organisations that jointly prepare our positions. It is only fair to listen to our concerns,” he said, adding that the European Green Deal would not succeed “without the involvement of farmers, foresters and their cooperatives”.

Asked whether COPA-COGECA would be open to a similar invitation being extended to other associations, Pesonen said that some rotating EU presidencies have previously invited other representative organisations to join, such as the EU organics association IFOAM and the European Land Owners Association (ELO).

“It is up to the presidency to decide.” 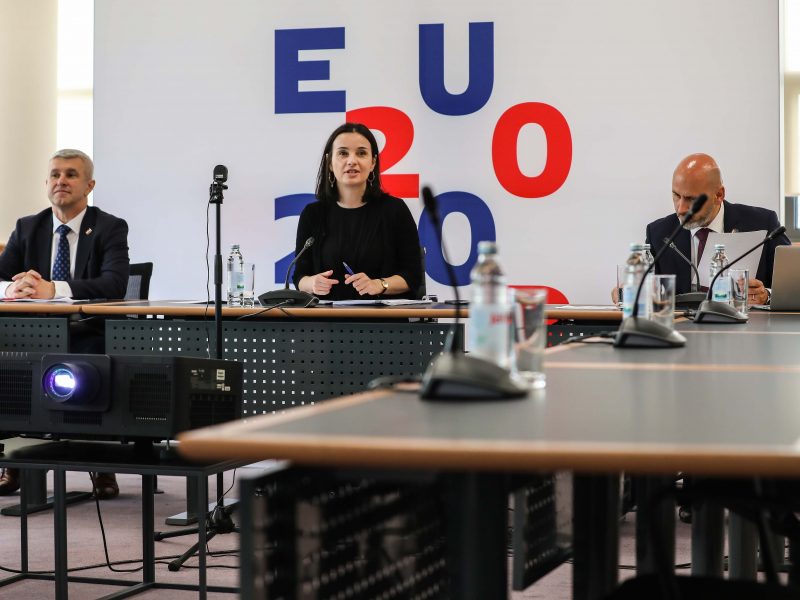 Environmental stakeholders have complained about the Croatian presidency of the EU Council for not having invited them to share their views on agricultural aspects of the European Green Deal at an informal meeting of EU farming ministers held on Monday (8 June).

This is not the first time that the guest list of such meetings has sparked complaints.

The Croatian presidency of the EU Council also came under fire for not having invited NGOs to share their views on agricultural aspects of the European Green Deal at an informal meeting of EU farming ministers held in June of last year, although a coalition had written to the presidency ahead of time to request an invitation.

A Croatian spokesperson said at the time this was because the entire presidency was conducted under exceptional circumstances – the first months of the pandemic – and it would not be possible to accommodate all considering the “limiting” format of the videoconference.

The Portuguese presidency will now prepare the final Council position to be endorsed at the next Special Committee on Agriculture (SCA) meeting on 21 June, ahead of the final trilogue, provisionally scheduled for 24-25 June.