Dutch and Germans ‘massively’ get rid of contaminated eggs

Belgium's federal food chain security agency (AFSCA) said it too has launched an investigation in cooperation with prosecutors. [Alex Barth/Flickr]

Supermarkets in the Netherlands and Germany massively withdrew batches of eggs from their shelves on Thursday (3 August) amid fears that they contained high quantities of fipronil, a toxic insecticide that is dangerous for humans.

The amount of damage is already amounting to “many millions of euros” while parliamentarians and farmers blame the Dutch food safety authority for its handling in the case.

The Dutch food and product safety board (NVWA) revealed the scandal and raised the alarm this week about eggs that have been contaminated and pose a severe threat to consumers.

It stressed that the level of fipronil was “so high that their consumption represents a serious danger to public health”. It also advised buyers of these eggs “not to eat them and throw them away”.

Manufactured by Germany’s BASF among other companies, fipronil is commonly used in veterinary products to get rid of fleas, lice and ticks.

But it is banned from being used to treat animals destined for human consumption, such as chickens. 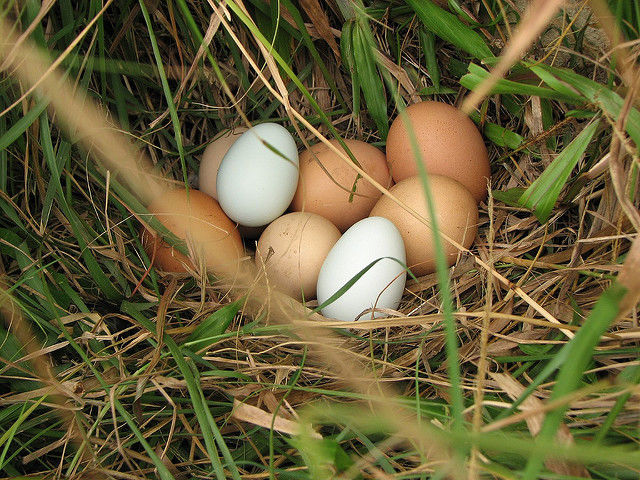 Amid fears, the Dutch poultry industry could be facing millions of euros in losses, the country’s biggest supermarket chain Albert Heijn said it was pulling 14 types of eggs from its shelves.

“All the eggs of these 14 kinds have been sent back to the depot and destroyed,” company spokeswoman Els van Dijk told AFP.

It was “an unprecedented” situation for Albert Heijn, she added, saying instructions of the Dutch food authority (NVWA) were being followed.

Damage to Dutch poultry farms is already believed to have run into millions of euros, said Hennie de Haan, president of the National Poultry Owners union.

The NVWA was due to publish its findings later on Thursday (4 August) having closed 180 poultry farms across the Netherlands this week after traces of the insecticide, fipronil, was first found in samples taken from eggs, droppings and meat in late July.

The European Commission said it had been made aware of the egg issue, and spokeswoman Anna-Kaisa Itkonen told reporters developments were being monitored “very closely”.

“What I can say is that the farms are identified, the eggs are blocked, the contaminated eggs are traced and withdrawn from the market, and the situation is under control.”

It is believed the substance was introduced to poultry farms by a Dutch business, named Chickfriend, which was called in to treat red lice, a nasty parasite in chickens.

On the other hand, the breeders believe that Chickfriend duped them.

German Agriculture Minister Christian Schmidt called a “crisis teleconference” on Thursday with his counterparts in German states where fipronil was also detected in eggs.

About one million eggs being transported to Germany were also recalled from the border on Tuesday with The Netherlands, the Dutch food authority NVWA added.

Belgium’s federal food chain security agency (AFSCA) said it too has launched an investigation in cooperation with prosecutors.

Tests have found fipronil in some eggs but not in quantities that pose a threat to human health. None of the eggs have made it to Belgian supermarket shelves, the Belgian authority said.

It is another blow for Dutch poultry farmers, some of who believe they could now be facing bankruptcy after 190,000 ducks were culled in November due to a highly infectious strain of bird flu.

In the meantime, the NVWA has come under fire for its handling of the situation.

Press reports in the Netherlands claim that NVWA initially said there was no danger for the public health, and then it issued warning for specific eggs and ended up suggesting no consumption of eggs until the final test results.

Dutch lawmakers asked for a debate on the case. ‘Consumers and producers should be able to trust that what the NVWA says and does is correct,’ VVD parliamentarian Helma Lodders told Dutch journal Volkskrant.

Hugo Bens from farming organisation LTO Nederland, commented, “The NVWA is not on top of things […] If they had been quicker to signal that there were problems with Chickfriend, the problem would not have spread as fast as it did.”