Farmers participate in a standing still on the A9 at the exit at Uitgeest, Netherlands, 18 December 2019. The campaigners want to take the A9 off with tractors in protest against the nitrogen policy. [EPA-EFE/KOEN VAN WEEL]

Dutch farmers and construction workers blocked roads with tractors on Wednesday (18 December) and gathered outside the offices of national broadcaster NOS in the latest of a series of protests over environmental pollution rules.

The protests began after a court ruling in May found the Netherlands in violation of EU rules on “reactive nitrogen” pollution, sparking a political debate over how to respond.

Farms are a major source of excess nitrogen, along with the construction and transport industries, and farmers feel they are being unfairly singled out.

Convoys of tractors and scattered demonstrations disrupted rush hour traffic on major motorways across the country.

One tractor carried a banner saying “no farmers, no food”, echoing their central argument.

Dozens of tractors gathered outside the “media park” in the city of Hilversum, the country’s main broadcasting hub. Farmers are “written off” in the media as useless and dependent on subsidies, said one unidentified spokesman.

“We’re not looking for more money or a better contract, but for more respect and fewer rules,” he said.

The Dutch Senate passed a law Tuesday night containing emergency measures to tackle the nitrogen problem, including a measure that will lower the speed limit to 100 kph nationwide from March.

Other protests on Wednesday took place on highways, in The Hague, and near a Shell refinery in Rotterdam. 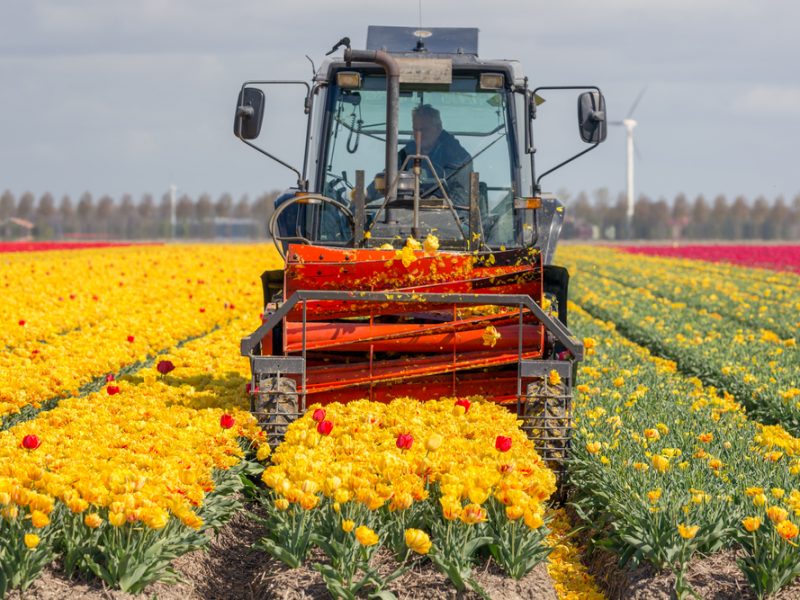 The Dutch government has launched a new vision for the country’s agriculture, which prioritises the protection of natural resources and the reduction of the sector’s environmental impact.