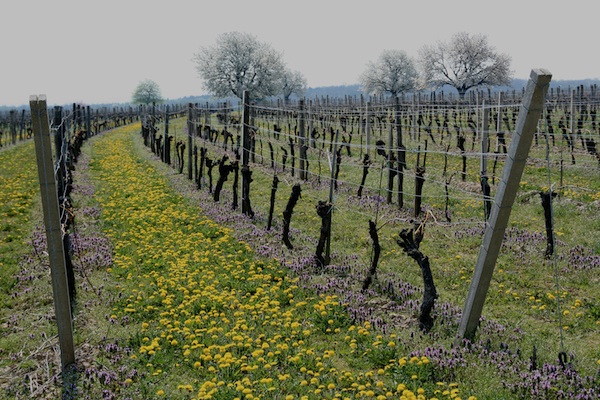 This article is part of our special report Greening the CAP.

Yet researchers who have studied farm support programmes such as the EU’s CAP say simplification of incentive schemes to encourage sustainable agriculture may not achieve the desired results at all.

Paul Wilson of the University of Nottingham in Britain says conservation and biodiversity schemes need fixed goals with administrative oversight, “rather than simply rolling out general environmental schemes that will achieve some things but not necessarily the targeted types of things that you want.”

Wilson and a research team from Britain, Denmark, the European Commission’s Joint Research Centre and the United States contend that EU-style “payments for outcomes” are not as effective as “payments for actions”.

The EU spends some €5.5 billion on incentives to promote conservation, the study says, a figure that could rise dramatically under the Commission’s CAP proposals for 2014-2020 that include requiring land to be taken out of active cultivation to create ecological ‘focus areas’.

Agriculture Commissioner Dacian Ciolo? has called the proposals for the next CAP – covering 2014-2020 – “both simple and efficient”.

The organisation representing Europe farmers and farm cooperatives – Copa-Cogeca – says the Commission’s greening proposals would introduce new layers of reporting while threatening farm income by requiring, for example, that 30% of direct payments to linked to greening performance.

In a briefing paper issued in February, the organisation calls penalties for non-compliance with greening measures “unacceptable”.

Pesonen said in an interview that new greening requirement would entail “high-level administrative burden, meaning the farmers will have reporting responsibilities, and most probably the cost of production will go up.”

The ecological focus area requirement “means when the farmers are already struggling to make their ends meet, they are facing a situation where part of the land is taken out of production.”

But others say setting performance requirements may be the best way to achieve ecological results in a diverse, 27-nation bloc.

Henk Westhoek, part of a team from the Netherlands Environmental Assessment Agency who analysed the CAP’s conservation proposals, told EURACTIV that generalised approaches are not the most effective way of achieving results.

“It’s obvious in the work the Commission is proposing that quite generic measures have to be applied from north Sweden to the south of Spain, and there have been questions how effective are these measures,” he said a telephone interview.

He suggested that better approaches would be to encourage farmers to work together – for example through cooperatives – to achieve environmental goals on a wider scale rather than through a patchwork approach based on single farms.

“We have a very good example of this in the Netherlands, where half of our country is covered by farmers’ cooperatives who work together on green environment measures, which is very effective and also very stimulating for farmers.”

The University of Nottingham’s study on farm schemes – ‘The cost of policy simplification in conservation incentive programs’ – was conducted before the Commission unveiled its CAP proposals in October.

But Wilson said any “broad-brush approach” to ecologically friendly farming is “a little simplistic”. He acknowledged that more focused ecological requirements would create additional administrative burdens at the national and regional level to ensure compliance.

“It’s not about micromanaging farmers and increasing administrative burden on farmers in any way,” he said, noting that his study included input from farmers.

"We now need across the European Union a sustainable agriculture, sustainable not just environmentally and economically but demographically," said Joris Baecke, president of the European Council of Young Farmers, at a conference marking the 50th anniversary of the CAP on 21 March. He noted that fewer than 6% of European farmers are under the age of 35.

"We have no clear political vision of the future of agriculture in the European Union and we have too many objectives for agriculture," Polish MEP Janusz Wojciechowski (European Conservatives and Reformists) told a forum on the agriculture hosted by the EU's Committee of the Regions on 7 March. "Now we are adding more through 'greening'."

Denmark, which holds the rotating EU presidency through June, says it will "work towards a simplification of the CAP in order to alleviate administrative burdens for industry without compromising food quality or safety."

Denmark also "supports farm subsidies which are targeted towards innovation, research and development, and will seek to ensure that in the future it is possible to target farm subsidies towards [for example] the development of biogas plants and similar actions of benefit to the environment. Moreover, it should be possible to use the entire CAP for targeted interventions towards environmentally friendly agricultural production for the benefit of ... climate and the environment."

Launched in 1962, the Common Agricultural Policy (CAP) is a system of EU agricultural subsidies and programmes that marks the biggest single budget outlay for the EU.

The parliament's current discussions on the future CAP are a precursor to jockeying over the farm-support programme. If approved as proposed, the 7-year, €435.6-billion programme would account for nearly 40% of EU's spending. Of that, €317.2 billion would fund direct payments to farmers under Pillar 1 of the CAP.

The Commission’s proposals to expand green space one hotly contested issue, with farm organisations and their advocates in Parliament claiming this would create more bureaucracy. Others contend that reducing cultivatable land at a time of high food prices and rising global demand does not make sense.

About 70% of CAP spending goes to direct payments for farmers, 20% of the budget is spent on rural development measures, and the remainder is handed out as export subsidies to food companies. France, Germany, Spain, Italy and Britain are the biggest beneficiaries.