Of the samples tested, 95.5% were found to fall within legally permitted levels, while 4.5% exceeded the level maximum residue level (MRL). [SHUTTERSTOCK]

The report, which is based on data from the official national control activities carried out by EU Member States, Iceland, and Norway, analysed a total of 91,015 samples.

Of the samples tested, 95.5% were found to fall within legally permitted levels, while 4.5% exceeded the level maximum residue level (MRL), although a proportion of these were found to be subject to a degree of measurement uncertainty.

Under EU legislation, EFSA provides an annual report which analyses pesticide residue levels in foods on the European market.

The report gives a snapshot of the presence of pesticide residues in food in the EU and any possible risk to consumer health and provides risk managers with information upon which to base decisions regarding future control measures.

Just over half (52.2%) of the food tested was free of detectable pesticide residues, although certain varieties of fruit and vegetables were found to contain more traces of pesticides than others.

The sampling was done in a way that allowed direct comparison from samples taken three years ago.

Between 2015 and 2018, it was found that the proportion of samples with residue exceedances increased in some samples, for example, bananas, sweet peppers, aubergines, and table grapes, but fell for others, such as broccoli, virgin olive oil, and chicken eggs.

“For many years this report has supported the work of the European Commission and Member States in ensuring the proper use of pesticides in line with EU legislation and targets,” said Bernhard Url, EFSA’s executive director.

“Efficient collection and rigorous analysis of such data will continue to be of central importance in ensuring the safety of food sold in the European Union,” he added.

Geraldine Kutas, director general at European Crop Protection Association, told EURACTIV that the report is “great news for farmers who continue to uphold the highest standards when applying pesticides and continue to secure safe food for all,” saying that the EFSA report “confirms once again that Europe’s food supply is among the safest in the world”

However, a statement from the Pesticide Action Network Europe (PAN Europe) highlighted that the report shows people are exposed to a mix of pesticides, pointing out that one-third of the food consumed in Europe contains residues of two or more pesticides.

The statement therefore stressed that regulators must “urgently address the health impact of these pesticide mixtures that put consumers’ health at risk and stop downplaying the cocktail effects.”

Angeliki Lysimachou, Science Policy Officer at PAN Europe, said that “it has been more than a decade since regulators first promised to develop an assessment protocol for mixtures. Meanwhile, consumers have continued to be exposed to pesticide residues through the food they eat every day.”

“In a time that reducing pesticide dependency is a political priority, regulators have to stop pretending that pesticide cocktails are safe,” she said, adding that an “additional safety factor for mixtures must urgently be placed in the pesticide safety assessment, which will inevitably reduce what levels of pesticide residues in food are considered safe.” 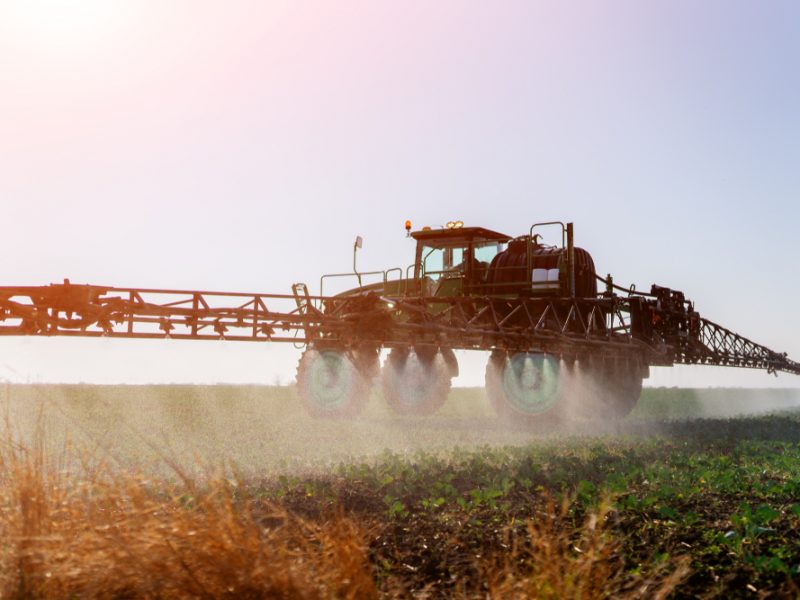 The latest draft of the EU’s Farm to Fork strategy (F2F), obtained by EURACTIV, specifies that mandatory targets for the reduction of use and risk of synthetic chemical pesticides will be established using the existing Harmonised Risk Indicator 1 (HRI1), whose suitability was contested in the past.

Based on the findings, a number of recommendations were proposed in the report to increase the efficiency of European control systems.

Notably, the report highlighted that several “non‐approved pesticides in the EU were found repeatedly in food randomly sampled produced in the EU at levels exceeding the legal limits,” offering the examples of omethoate in aubergines and chlorfenapyr, which is a non‐approved EU pesticide, but which was found in “many samples grown in different EU countries.”

The report states that “since these results give an indication of possible misuses of EU non‐approved active substances, it is recommended that Member States follow‐up on these findings, investigating the reasons and taking corrective measures where appropriate.”

The report also offers future sampling suggestions based on the findings, such as including an analysis of bovine fat due to an increased detection rate of the pesticide known as DDT.