The UK’s Centre for Environment, Fisheries and Aquaculture Science is due to publish a study according to which pulse trawling, also known as electric fishing, kills off more than half of the seabed species, while traditional fishing methods only impact 21%. EURACTIV’s partner le Journal de l’Environnement reports.

The Centre for Environment, Fisheries and Aquaculture Science (Cefas) compared two British fishing areas of similar size, ecosystem and sediment composition, and analysed the quantity and condition of the fish species.

The only difference between the two fishing areas is that only one of them has electric beam trawlers operating in it.

“This is the standard methodology for studying the impact of fishing gear on ecosystems. It is the same protocol that Cefas followed when it documented the impacts of the classic otter trawl,” noted Didier Gascuel, a professor of fisheries ecology at Agro Campus Ouest. 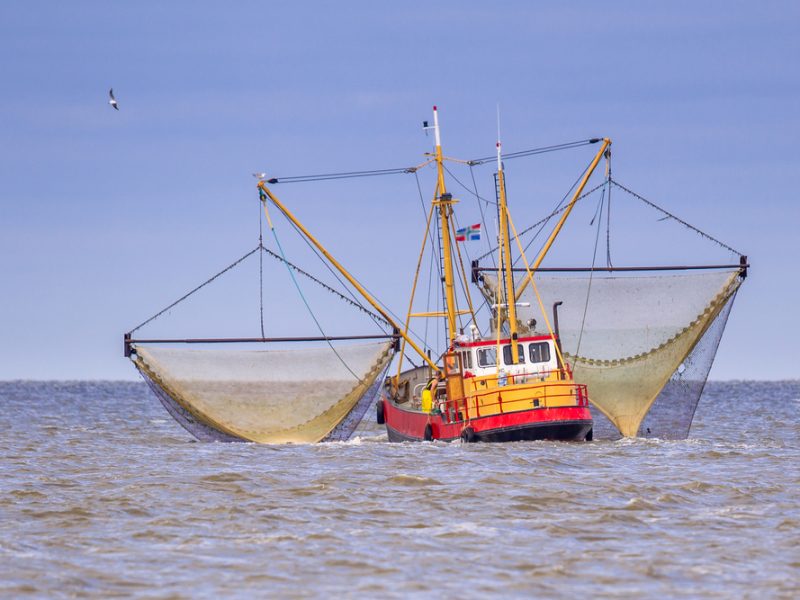 57% of benthic species have disappeared

The study showed that the area in which electric fishing had been practised had much less biodiversity, as the zone lost 57% of its species. Conversely, in the other fishing area, which did not have pulse trawlers operating, only 21% of the species had gone extinct.

“This study is important because it is the first of its kind to assess impacts in the field,” according to Didier Gascuel.

By sending electric shocks into sediments, beam trawlers caught flatfish more easily. But in the process, this destroyed half of the organisms which lived at the lowest level of the body of water, also known as ‘benthic species’.

The researchers said that 17 benthic species observed in the reference area have vanished from the area where pulse trawlers had been active. And all the species present were strongly affected.

There were 2.6 times less common soles, while half the thornback rays had disappeared. This might be explained by the inability of electric trawlers to fill their sole fish quota last year.

An entire ecosystem at risk

On the other hand, this area is home to a growing number of fragile brittle stars, similar to starfish, as well as hermit crabs, a scavenger species.

“This shows that benthic species are highly impacted. The invasion of these [scavenger] species is a sign that the entire ecosystem, which is losing biodiversity and resilience, is more generally at risk,” Gascuel explained.

Banned in Europe by the Regulation of 30 March 1998, electric fishing still benefits from derogations granted “on an experimental basis” to 5% of every member state’s fleet of pulse trawlers.

This gap was mainly filled by the Netherlands (84 vessels in 2018), but also by Germany (which also has six Dutch-owned sole-fishing ships), the United Kingdom and Belgium.

And all their fleets operate in the southern parts of North Sea.

Last February, the EU took a stricter stance by finally banning this fishing practice in all European waters from 1 July 2021 onwards. This was in part thanks to the mobilisation of Bloom, an environmental NGO.

However, the Netherlands decided to challenge this ban before the European Court of Justice on 9 October.