Acrylamide is a chemical that naturally forms when starchy food such as potatoes or cereals is baked, fried or roasted at above 120°C. [Shutterstock]

Once implemented, the new regulation will require food manufacturers, fast-food chains and restaurants to take measures to ensure acrylamide levels in their products remain below benchmarks.

These measures will remain “proportionate to the size and nature of their establishment,” the European Commission said in a statement.

The move was hailed by Belgium’s farm minister who claimed the EU will now spare the nation’s “friteries” from having to change traditional preparation methods. 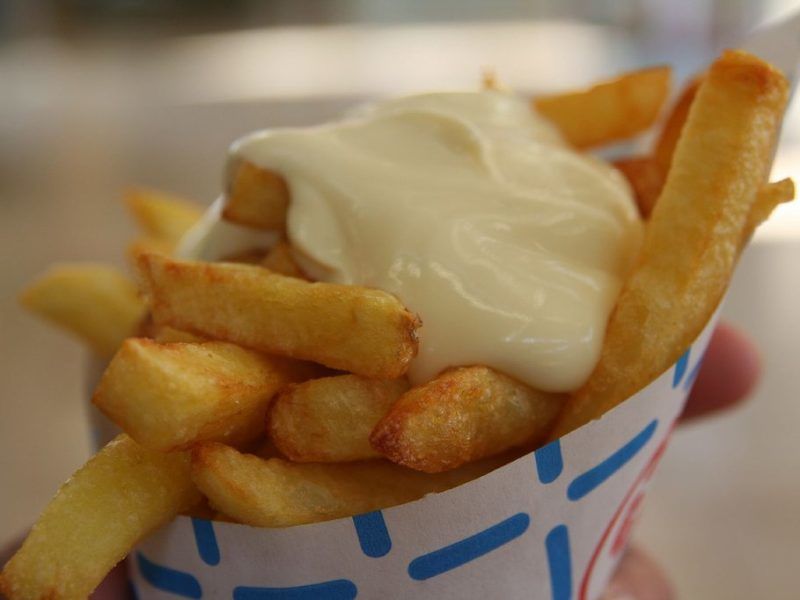 Belgium’s national dish, the deep fried potato sticks that much of the English-speaking world gallingly calls “French fries”, has been saved.

Vytenis Andriukaitis, the EU’s Commissioner for Health and Food Safety, was equally pleased.

”Today we took an important step in protecting the health and well-being of citizens,” Andriukaitis said. “The new regulation will not only help to reduce the presence of this carcinogenic substance but also will help raise awareness on how to avoid the exposure to it that often times comes from home-cooking.”

Acrylamide is a chemical that naturally forms when starchy food such as potatoes or cereals is baked, fried or roasted at above 120°C. Consumers are exposed to acrylamide in industrially-produced food such as crisps, bread, biscuits and coffee but also from home cooking, for instance when they cook fries above 175°C or burn their morning toast.

The European Food Safety Authority (EFSA) confirmed in 2015 that acrylamide potentially increases the risk of developing cancer. Acrylamide had first been linked to cancer in 2002 when Swedish researchers found the compound by accident.

No binding limits for now

The regulation voted yesterday will now be sent to the European Parliament and Council for approval. The two EU institutions will have three months to examine the text before final adoption. Entry into force is foreseen in spring 2018, the European Commission said.

BEUC, the EU consumer organisation, welcomed the vote as “a first step” but regretted that the EU did not go as far as setting binding limits for certain foodstuffs, something the Commission promised to initiate at a later stage.

For more than a decade, industrial food producers have tried to reduce acrylamide in their products and have developed a toolbox in collaboration with the European Commission and EU member states, as well as a code of practice and guidance for SMEs.

FoodDrinkEurope, a trade association, said these self-regulatory efforts have helped reduce levels of acrylamide in some food products. But EU consumer group BEUC said they made little difference.

“It has been fifteen years since scientists have known about acrylamide in food and warn about its effect on health. Yet, levels of this cancer-causing contaminant in Europeans’ food have remained roughly the same,” said Monique Goyens, Director General at BEUC. “So it is good news the EU is finally obliging the industry to act and reduce acrylamide in their fries, crisps, bread, biscuits, or coffee.”

The Commission said it was now planning to “initiate discussions” on setting maximum levels of acrylamide in certain foods, after the new regulation is adopted, a move Goyens said was long overdue.

“If some manufacturers can bring acrylamide levels down, others can too,” Goyens said, adding: “No one is asking to ban any food. However, we remain convinced binding limits are needed if we are to effectively protect consumers. Without mandatory limits, food makers will still be allowed to sell products which contain high levels of acrylamide,” she said.